What were all the references in Deadpool?

I recently watched Deadpool and it was full of references and Easter Eggs. I was able to pick many of them like Green lantern, X-Men Origins, etc., but my friend was not able to understand many of them and it made me doubt if I got them all.

So what are all the references in the Deadpool film?

This answer is a Community Wiki, so if you want to add anything to it, just edit it.

Den of Geek had an incredible article on this. I've used a lot of information from their site.

All references below are from Den of Geek, unless stated otherwise. 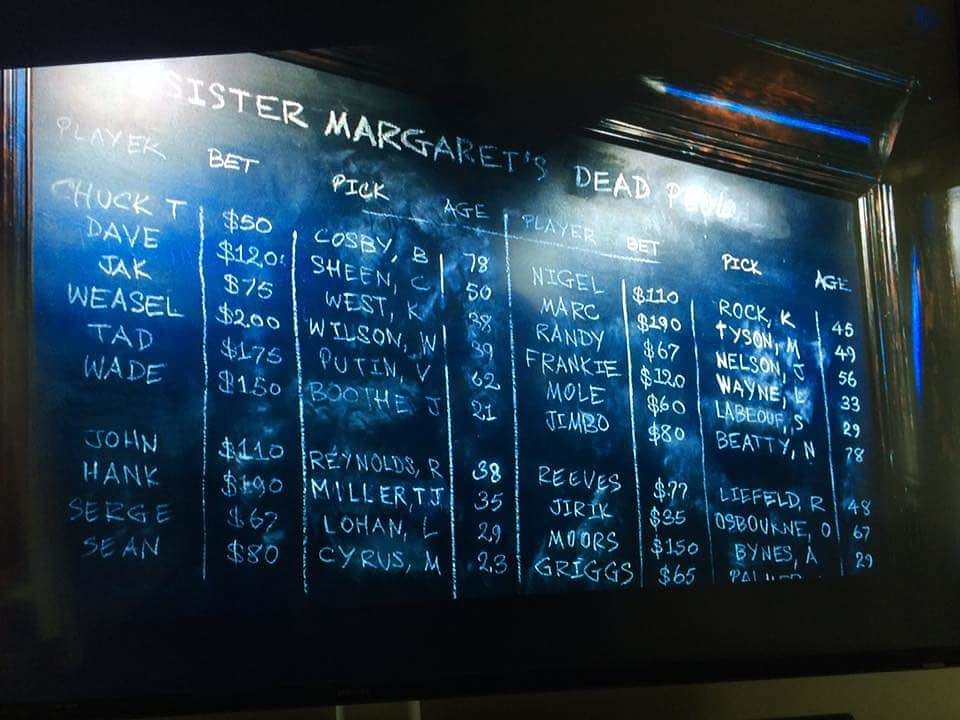 Note the age on the board corresponds to the person's actual age at the time of release of the film, with the exceptions of Wade, who is a year older than Ryan Reynolds (perhaps a nod to the fact Deadpool looks older than he is), Vladmir Putin, who we can assume had a birthday between filming of the scene and the release, and TJ Miller, who is posted as 35, although IMDB and Wikipedia have him as being 34 (no idea why there's a discrepancy here, though).

Not the answer you're looking for? Browse other questions tagged reference x-men-cinematic-universe deadpool .

21
What are all the magical creatures/Beasts in Newt Scamander's suitcase?
21
What were all the references in Deadpool 2?
16
Man of Steel Easter Eggs
2
By what names are the walking dead known?

17
Is this Green Lantern and Batman reference intended for a Justice League movie?
5
Why does Logan remember Yashida?
8
Did Professor X ever marry someone?
8
Is this line in Harry Potter and the Sorcerer's Stone a reference to Fantastic Beasts and Where to Find Them?
7
References to a certain real life actor in Guardians of the Galaxy 2?
21
What were all the references in Deadpool 2?
1
Musical references in JoJo's Bizarre Adventure