Are David Attenborough documentaries still dubbed in the US?

When I lived in the US in 2007, I noticed that "Planet Earth" was dubbed by Sigourney Weaver. (This made Attenborough's reference to "Alien" when talking about ants infected by cordyceps a bit ironic)

Have other documentaries by Attenborough been dubbed, whether by Weaver, Snoop Dogg, or anyone else, when run in the US? I'm especially interested in ones subsequent to "Planet Earth", as opposed to preceding it, and in ones where he doesn't appear live in the documentary.

They were but possibly not anymore

Since then there have been 3 major David Attenborough productions that were also shown in the US, along with a 4th that may have been

Life - 2009 Narrated in the US by Oprah Winfrey 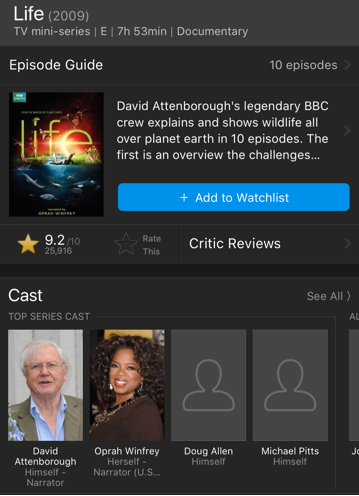 Frozen Planet 2011 Narrated in the US by Alec Baldwin 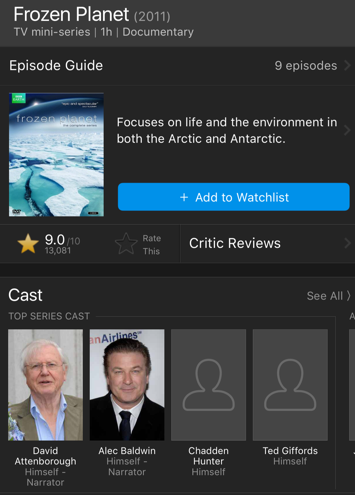 Madagascar 2011 Was produced by BBC Worldwide so may have been shown in the US, but not 100%. Narrated solely by David Attenborough 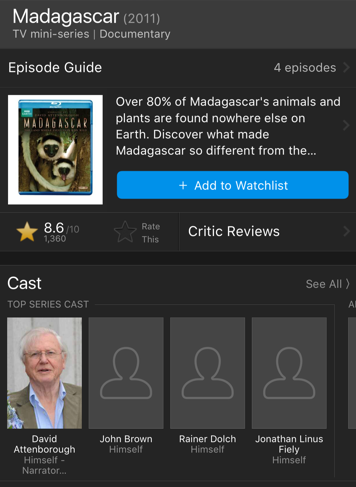 He does not appear to be dubbed in Planet Earth 2 looking at both BBC America where this picture shows him carrying out the narration. 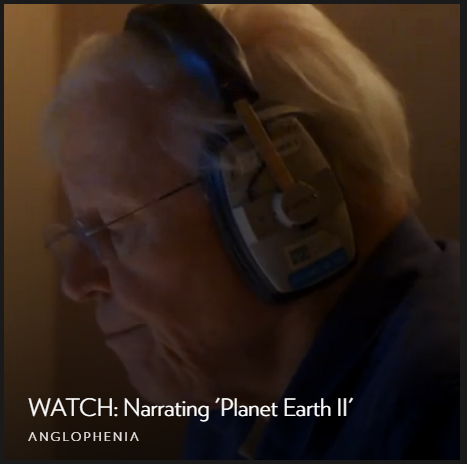 And iMdb where he is listed as sole presenter. 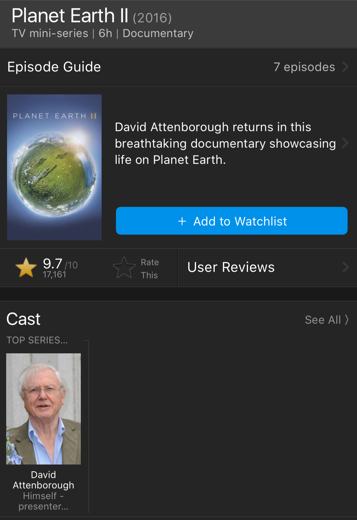 Maybe they see Sir David as famous enough to narrate on his own show in the US now.

I know you didn't care about preceding ones, but, whilst looking into this I saw that The Blue Planet - 2003 was narrated in the US by Pierce Brosnan 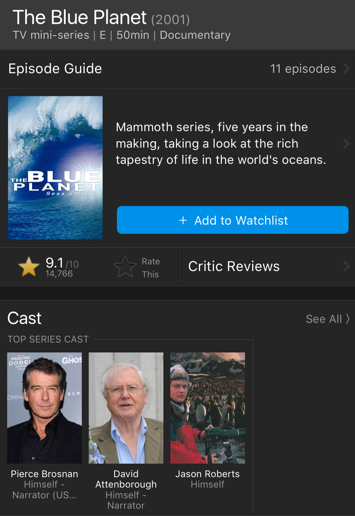 Not the answer you're looking for? Browse other questions tagged documentary dubbing .