How does Harry Potter keep balance while on his broom?

Just finished watching the very first Harry Potter movie and one thing struck me right away: maybe this is just "fairy tale" logic, but how can people balance themselves on such a slim stick when riding brooms? What is the logic behind that? Am I missing something simple in the whole "broom" idea?

While the broom is thin on its center radius, they often have stirrups, foot rests that require a wide angle of the legs. This wide angle allows for very simple control of a body's position, similar to a competition high speed bike. By, well, spreading his legs, Harry creates a larger area to balance on. This is how motorcycle and dirt bike racers handle tight turns, widening their bodies area to improve handling. No different than a regular bike really.

Physics aside, these brooms are magical, which would allow for a larger area through magical means, lowering the balancing forces required. Even accounting for magic, Harry seems to be exceptionally skilled at quidditch, as in he is abnormally good at handling a broom. This means he has athletic skills on the broom that the normal witch population does not have. This reflects real life athletic skill at sports, which only a small percentage of the population acceles at.

Toy broomsticks are given to witches at a young age as well, like tricycles. These only go a few feet in the air, and allow young wizards and witches to learn how to use a broomstick, for casual flying.

Of course, the real brooms used for shooting, had bicycle seats/saddles on them: 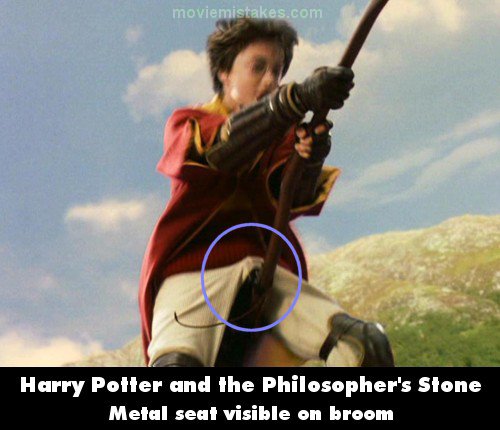 In the early days of filming before they worked out how to do it, flying on a broomstick was a painful proposition for Daniel Radcliffe. He sat, for hours at a time, on a bicycle seat on a broom about eight or nine feet up in the air. "If you sit completely upright or bend over on a bike saddle, without putting your feet on anything for any period of time, it gets really, really painful – for a man, particularly, although it was obviously not pleasant for a woman either." 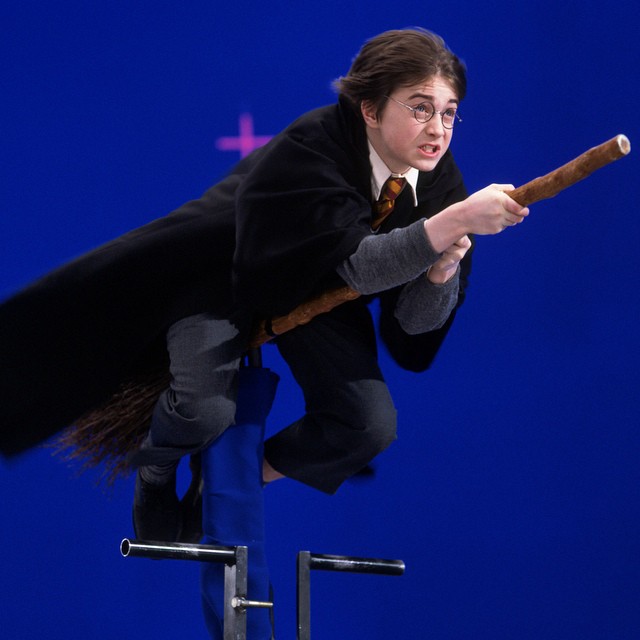