Genre I'd say it's a romantic comedy, not quite sure

Setting A modern, big city setting (I want to say New York or London, but not sure)

Characters I remember the main characters quite well. The protagonist is a geek, who just came to the city for a job or school, he sticks out like a sore thumb, because he wears a warm woolen hat all the time. Similar to this: 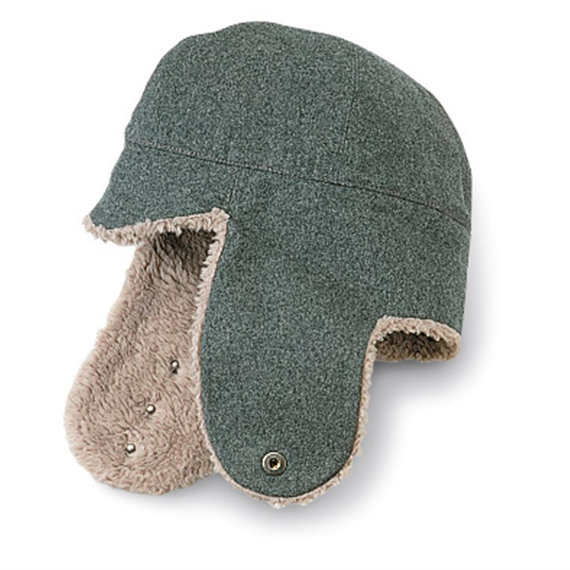 The female lead is a red-haired woman, maybe early twenties or late teens, who has a goth-vibe about her.

Plot The plot revolves around the female lead helping the protaganist get his footing in the city, I'm pretty sure a romance blossoms between the two, but can't remember anything of the latter half of the movie.

Extra info The one thing I clearly remember is a scene, where the female lead asks the protagonist, why he is wearing such a silly hat all the time and he responds, it's because the body loses most of its heat through the head, which is why he wants to keep it warm.

This is Loser, a 2000 film starring Jason Biggs (who played Paul) and Mena Suvari (who play Dora) set in New York City: 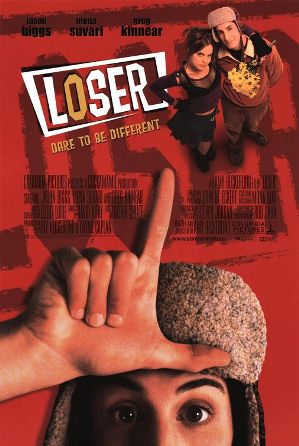 From the wiki description:

It is about a small-town teenager who is accepted into New York University and must cope with the pressures of college life and the big city.

Dora: So how come you always wear that hat?
Paul: 'Cause something like 90% of your body heat escapes through your head.

A picture of the characters: 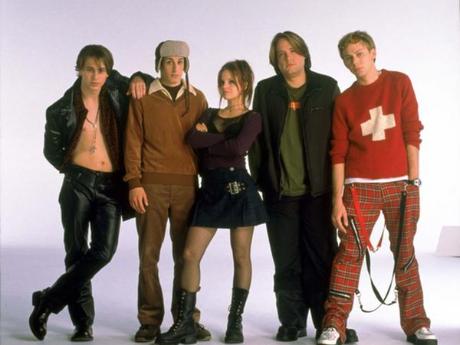 And finally a picture of Paul, portrayed by Jason Biggs: 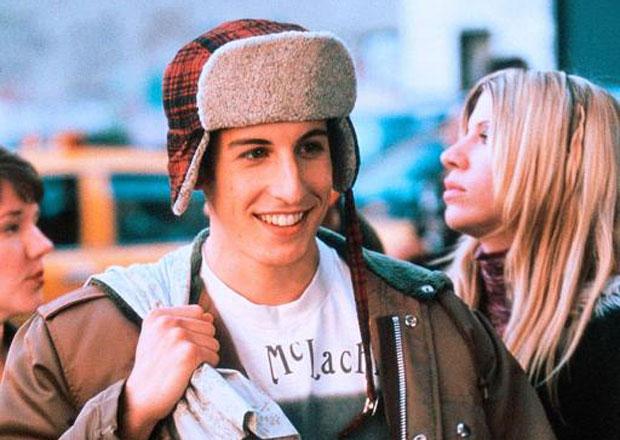 The hat picture and reference to losing heat through the head gave it away instantly.