During Titanic, we see that Rose has kids and grandkids. Her last name is Calvert, so she must have married a man named Calvert after her brief time with Jack.

She is alone (no husband) as an old woman in the film, so Mr. Calvert must have died in the interim. If I'm not mistaken, she also says she's never spoken of Jack since Jack died.


Note the pictures of Rose's life after Jack - none of which depict Mr. Calvert

At the end, after she seems to have died, she joins Jack aboard the Titanic, and kisses him, to wild applause. 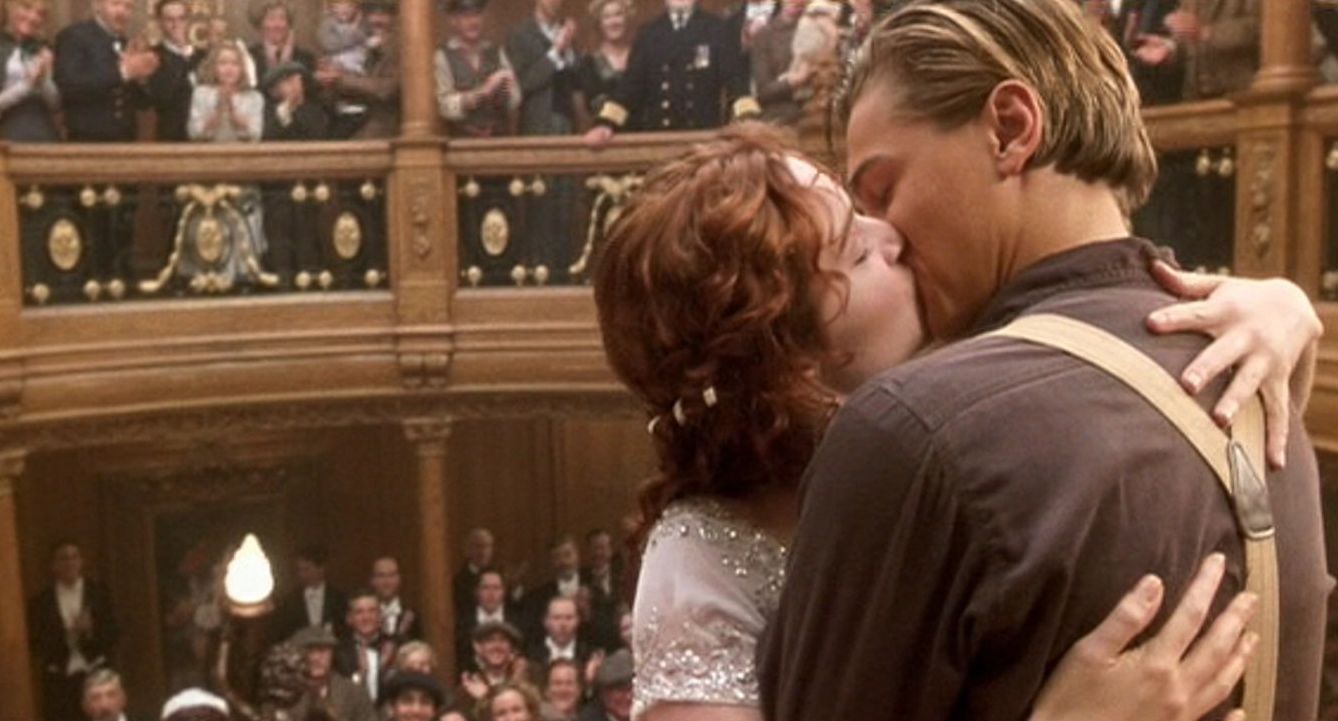 Assuming that this means she is dead and in heaven (which is only an assumption, I know), doesn't this mean that her husband is forced to spend eternity watching the woman he'd been married to (probably for decades) making out with a man she knew for less than a week, and of whom he'd never heard?

Has James Cameron, or anyone else involved in the film, commented on this apparently cruel idea?

This obviously isn't about whether she's dead, since it assumes she was. The question is about the closing scene's repercussions in light of her dead husband. Sigh

I think there are too many assumptions in your question.

Doesn't this mean that her husband is forced to spend eternity watching the woman he'd been married to (probably for decades) making out with a man she knew for less than a week, and of whom he'd never heard?

Potentially, yes, if we believe this is some form of heaven and afterlife. But this is no different to a situation that happens quite a lot in the world - people who die having married multiple people. Not, in some of these situations the people have remarried due to a loss of love, hatred, or some other such thing, so it would make sense they wouldn't see their former partners in an afterworld.

But what about people who marry and their spouses die? They then remarry later in their life. Who do they see in this heaven? As we have no idea if a heaven even exists, let alone the dimensions it would function in if it did exist, we simply don't know how this scenario would play out. It's perfectly possibly to truly love multiple people. For all we know, in this scenario Rose could say one last goodbye to Jack, before moving on. Or her relationship with Calvert could have always been about comfort, not love.

There's a plethora of possible reasons for this, but I think the assumption the husband is forced to spent an eternity watching his wife with someone else makes too many assumptions about the structure of heaven and the meaning of the last scene to be valid.

Has James Cameron, or anyone else involved in the film, commented on this apparently cruel idea?

Cameron has always wanted that final scene to be up to the viewer and has specifically not commented in detail on what the scene actually means.

So what do I think the scene means?

However, by including a smiling Jack, and a young, happy Rose, along with the whole crew of the Titanic, we the audience get closure in seeing our lovers reunited.

Whether this scene lasts for moments, a lifetime, or even happens at all, we don't know - and we don't really need to know, hence why Cameron has never really answered any questions on the scene.

From the IMDb FAQ:

What happens to Rose at the end of the film?

Cameron really left that up to the audience to provide their own interpretations. Some people think that the very final scene is only a dream. Others are of the opinion that Rose died safe in her bed, just like Jack said she would and that the final scene is of their souls reuniting in the afterlife. Also, the fact that all the people present around the grand staircase are those who perished on the ship and the film fades to white after her and Jack kiss. Those people include the little girl Cora (killed in a deleted scene), whom Rose was unlikely to have known had died that night, in the arms of the father that Rose probably didn't connect with Cora. Also the clock is on 2-20 am, the time of the sinking. These are strong hints that this was her ascent to the afterlife and her becoming an honorary member of the "Titanic Club."

My interpretation is that first of all we don't know that it is heaven, but if it is heaven, it appears to be a special heaven where only those who died on the Titanic are allowed to go and as her husband was not on the Titanic he is not allowed to be there. And of course all the mean people on the Titanic aren't allowed to be there which I guess was only her fiancee. Her heaven appears to be more of a dream interpretation of what heaven must be like for her where and she obviously never had any kind of feelings for her actual husband, just like she never stayed true to her first fiancee, the evil man who dared expect his fiancee to stay committed to him.

I'm afraid my attempts at not showing my contempt for this movie are not working so I'm going to end by saying that in answer to your question, James Cameron has purposely not commented on the meaning of the ending preferring to allow the audience to come to their own conclusions.

From a purely religious standpoint, I asked my Spiritual Advisor this question:

If you were married, and your spouse dies of natural causes, and you remarry and then you die, which spouse do you see in Heaven? And can you still be affectionate towards them both, or will that make your other wife jealous? Like, would your Heaven be your other wife's Hell, seeing you with someone else for eternity?

You see them both... and if both are of Heaven they have become a part of perfect love... and there is no jealousy in love. They will both love you and one another... They are perfected in love... a love that is greater than any affection we have ever known in this life.

So there you have it. There is no jealousy in Heaven. And you aren't bound by desire of flesh in Heaven. There's just pure love.

Not the answer you're looking for? Browse other questions tagged plot-explanation ending titanic .

17
Did Rose die at the end of Titanic, or was she dreaming?

7
Train scene in the movie "Shame"
5
Was Steven Taylor contemplating the death of his wife before her affair was discovered?
15
Did Caledon and Rose ever have sex?
4
Why does Rose's grandmother say the following dialogue?
12
Why did Miguel hurry to tell Coco about Hector?
7
Recurring song in the movie 'Titanic'
3
What were the circumstances of Agnes' (Oscar's mother's) death?
15
What happened to Rose's mother after the sinking?
5
What did Lovejoy think happened between Rose and Jack on the deck?
4
How does Joey Marks know which bank to go to in S2E8 "Follow The Money"?