How far away was Admiral Ozzel from Darth Vader?

As the title asks, how far away was Admiral Ozzel from Darth Vader during the Battle of Hoth in Empire Strikes Back? Was he on another Star Destroyer? Or was he on the Super Star Destroyer? If Vader and Ozzel are on the same ship, where were they in relation to each other? The SSD is incredibly large, being 19,000 meters (11+ Miles) long!

Basically, how far away did Vader force choke this guy to death.

Vader's hyperbaric meditation chamber is stated in various sources (for example, in Star Wars: Ultimate Blueprints, below) to be on the Executor. Given that Admiral Ozzel commands the Executor alongside his duties as Fleet Admiral, it stands to reason that they're both on the same ship.

As you've noted, this puts them no more than 11 miles apart but I'm unaware of any source that specifically states where the chamber is stored on board the Executor. I doubt it's very far from the Bridge if Vader has junior officers visiting him to pass on messages. 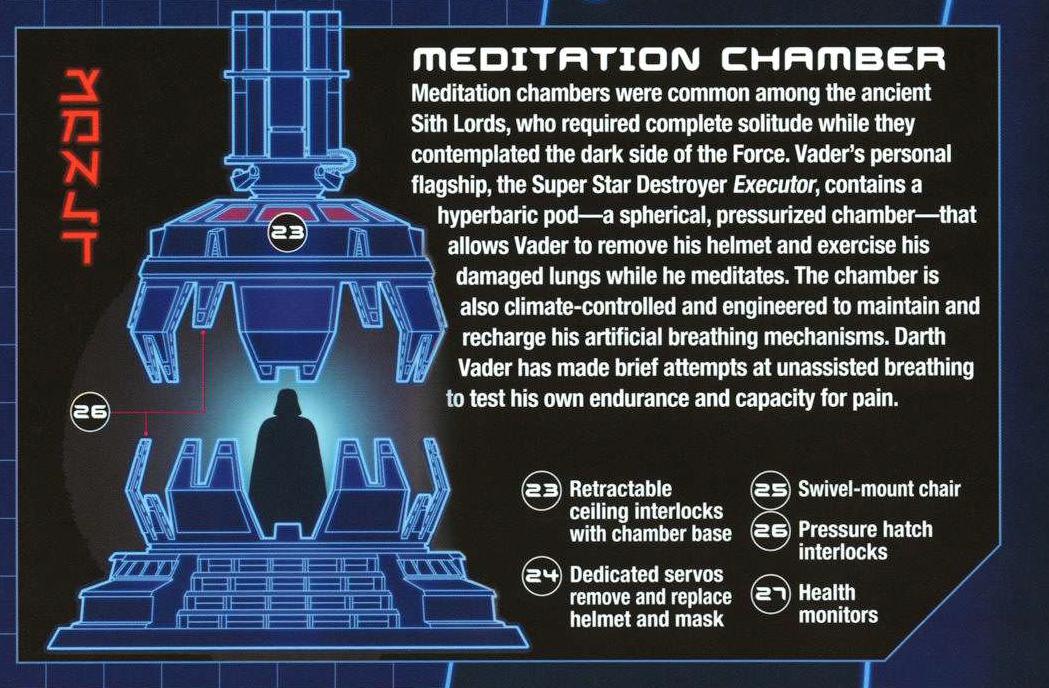 Not the answer you're looking for? Browse other questions tagged character star-wars the-empire-strikes-back .

46
Empire Strikes Back - Scene in Dagobah with Darth Vader
7
Darth Vader with his mask off: was that David Prowse?
10
Modifications to the Star Wars original trilogy
11
How can Maz have Luke's lightsaber in Star Wars VII?
9
Meaning of Mark Hamill's "I am your father" line from The Flash
66
Why does Darth Vader not use the Force to prevent Luke from falling?
5
Why didn't Darth Vader just use the force to choke and throw Darth Sidious into the electric core?
9
What is the reason that Obi-Wan lied to Luke by telling him that Darth Vader killed his father?
6
Why did Darth Vader not try stopping the space shuttle at the end of Rogue One?