Sometime last year I watched a trailer for a NEW film but I can't remember what it was called.

In the film, the president has to jump out of his plane for some reason. He lands in a foreign country (maybe Russia) and befriends a boy that tries to help him get back to America.

I think I remember that plot correctly, but the bit about helping him to return to America might be wrong.

I do remember it was a comedy.

I thought it had Morgan Freeman starring as the president, but I checked his IMDb page and can't find anything resembling the film.

Anyone know which film I am looking for? 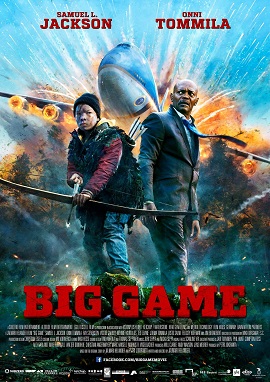 The plot is as you describe...Airforce One is attacked, the president ejects and lands in the forest (in Finland, rather than Russia), and a boy hunter helps save him.

While it's clearly a movie that doesn't take itself entirely seriously, I don't think I'd classify it as a comedy, however.