South of Hell: Car in Purgatory

The car has a "D" sticker, which I first associated with Germany, but the show takes place in South Carolina and there are no connections to Germany in the plot; it must mean something else otherwise it's a horrendous continuity error. So I must have missed something that explains why a car in Purgatory would have a "D" on it.

What does the "D" sticker signify? 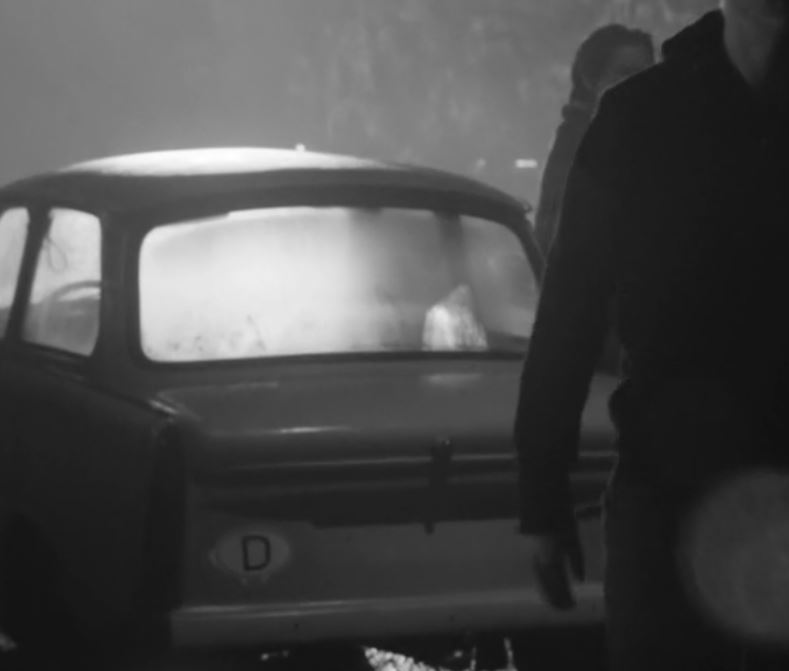 For comparison purposes, here's a photo of an Germany sticker. 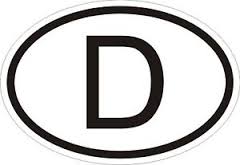 Your association with Germany is correct.

Not only is "D" the country code for Germany, but also the car itself is of German origin. It is a "Trabant" (aka "Trabi"), which was produced in East-Germany and the most common car there. It became a symbol for the fall of the inner-German wall, since many East Germans explored western Europe with the Trabant (there is a movie about that as well).

After Germany's reunion in 1990 the owner replaced the East-German country code "DDR" with the West-German "D" (or just put the new sticker on top, as it seems to be the case here). Although many people sold their Trabi as soon as possible and bought a western car, the Trabant was quite popular for others and spread to the western world, including the US. That explains its way to South Carolina.

Why this car was in that scene, I can not tell. [ An easy explanation would be, it simply looked exotic to the producers. I could also speculate about deeper meanings and an analogy regarding the East bloc equals hell/purgatory and the western world being the land of the living, but that would go too far.]

To sum it up: I think, there is neither a deeper meaning in the sticker itself, nor a continuity error here.

Not the answer you're looking for? Browse other questions tagged plot-explanation props south-of-hell .

11
Is it really Steve McQueen's car?
21
What is the symbolism of the remote controlled toy car?
4
How are car model years identified?
2
Why was a 1967 Impala chosen as Dean Winchester's car in Supernatural?
37
Was Bruce Wayne's car specifically designed for the movie?
4
Why did Reese go to Hell?
13
How does Sator get the algorithm after the car chase?