What is the “Eileenean/ileenian/alenian” system?

In The Force Awakens, Rey talks about a system that I believe a resistance base is. What is that exactly?

From the Alan Dean Foster novelization:

Snoke replied with cold satisfaction. “We do not need it. Prepare the weapon. Destroy their system.”
Collected and composed as he was, Hux was not immune to surprise. “The system? Supreme Leader, according to the most recent galographics, at least two and possibly three habitable worlds circle Ileenium. Following the destruction of the Hosnian worlds, would it not be worthwhile simply to destroy their base and claim the remainder for the Order? We will have the location of the base within a matter of hours and—”

From the WGA script leaked recently and validated as legit

REY (CONT'D)
So where's your base?
FINN
(searching, to BB-8)
Go on BB-8, tell her.
(quietly)
Please!
She and Finn look to BB-8 -- who considers the whole situation, then BEEPS.
REY
The Ileenium system?
Finn hands her the tool, surprised but thrilled -- Rey disappears below again.
FINN
Yeah, the Ileenium system, that's the one -- get us there as fast as you can.

That is of course the scene where Rey asks where to go in Falcon and Finn cons BB-8 into telling her since he's pretending to be Resistance :)

From the Visual Dictionary, we have a Galaxy Map with D'Qar planet in that system where Resistance is: 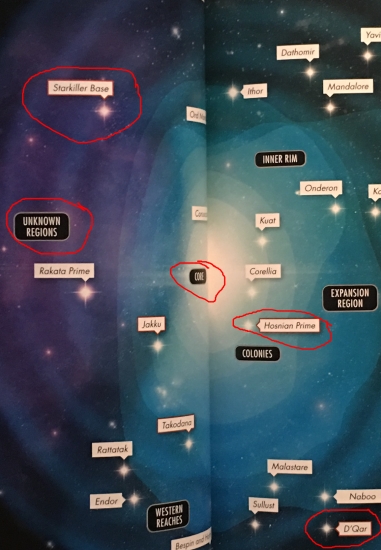