Did Tony deceive Aldrich Killian into thinking that Mark 42 malfunctioned? 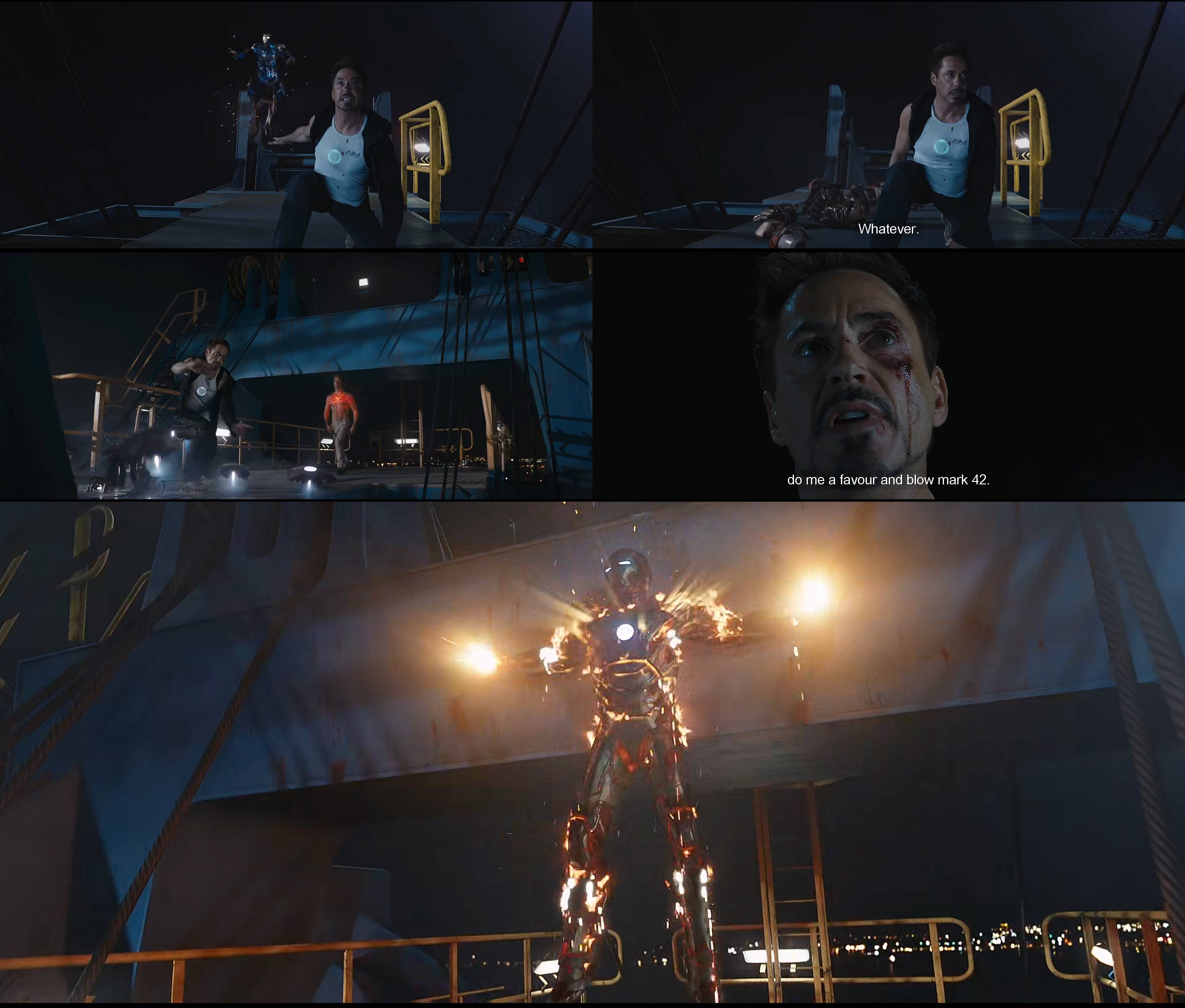 This is from the final battle scene in Iron man 3. My question is: Did Tony's Mark 42 really malfunction or did he use that as a pretext to get Killian's attention (he even stalls him by talking about Pepper) so he can use the suit to pin him to the wall and blow him up?

I wouldn't be surprised if the whole scenario was a deception by Tony because we all know how smart and convincing Tony can be.

However, the evidence suggests that Type 42 really did collide with an object and fall to pieces at the critical moment, and that this was not on purpose. The bad timing and unreliability of the suit is a repeated theme of the movie:

The narrative evidence suggests that Type 42 did indeed fail at the critical moment once again; yet Stark improvised with a more effective strategy than confronting Killian once again in a suit. Stark only got away with this because Killian politely (and overconfidently) waited for Stark to reset himself - rather than finishing him off as Type 42 hove into view.

8
How did the glove save Tony Stark?
27
How did Tony fix himself by the end of Iron Man 3?
12
Why does Iron Man/Tony Stark name his suits as "Mark 1, Mark 2, Mark 3"?
10
Why didn't Aldrich Killian use the fire-breathing in close combat against Tony Stark?
11
Why didn't Tony Stark take back his Mark 2 Armor that was used to create War Machine?
1
Did Tony post guys outside of Happy's hospital room and have them require badges to get in?
6
How did Tony Stark get his new suits?
1
Did Aldrich Killian believe Extremis to be safe in his case?
7
Did Tony Stark forget about Aldrich Killian waiting for him on the roof or did he leave him alone on purpose?
30
What is Tony Stark injecting into himself in Iron Man 3?