How are Lightsabers created in Star Wars?

Can anyone please explain how lightsabers are created in the Star Wars universe or is does it occur magically? Also when someone is training to be a Jedi, how and when will he receive or procure his lightsaber? Is it like there is some amount of lightsabers available and these are reused?

Can anyone give explanations to these questions?

Lightsabers are constructed by every Jedi knight or a Jedi knight may also choose to use his master's lightsaber if the master is in no longer need of it ( like if he is dead) to show his respect for his master.

A lightsaber crystal was a term used to describe any variety of crystals, gems, stones, or other objects used as the focus in the construction of a lightsaber.

At the heart of every lightsaber was a set of crystals that resonated to produce the efficient, powerful blade. While the most common crystals used in the process were from the Adega system, Ilum, and Dantooine (in the so-called "Crystal Cave"), Jedi and Sith used a variety of crystals to produce various colors, effects and unique abilities. Some crystals could even enhance the Force skills of a particular user. Other gems, such as colored crystals or diamonds, were used exclusively for prismatic effects.

Metal was usually chosen to make up the hilt, but a casing carved from the Brylark tree, wood that is strong as metal, would also work.

The weapon drew power from an appropriately-sized Diatium power cell.

Here You can read here how the ritual of constructing a new lightsaber works.

So to answer your question : No, there aren't a fixed number of lightsabers in the galaxy.

Here is an extract from the summary of the episode in the link:

Ancient Jedi tradition! Six younglings are sent to the secret caverns of Ilum, where they are tested by The Gathering, an ancient Jedi ritual where each youngling must harvest a crystal around which they will construct their own lightsaber.

I hope this answers another part of the question as well: The Jedi gets his lightsaber on successful completion of The Gathering ritual.

Here is a link having the schematic of a lightsaber and stating what powers it.

For more information check this link.

Luke Skywalker meditated on his crystal in Ben Kenobi's home for many days with only R2-D2 to keep him company. 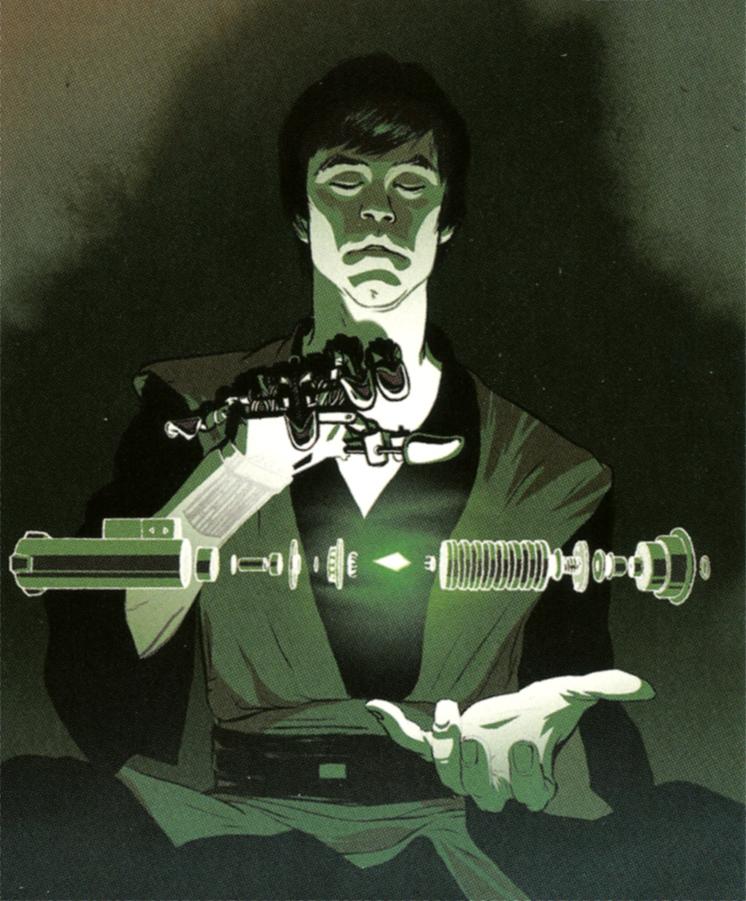 These are my suggestions for your doubts.

18
What powers a lightsaber?
9
Why did Kylo Ren use a crossguard design on his lightsaber, over the more traditional design?

5
Contradictions in Star Wars about advocating pacifism?
11
How can Maz have Luke's lightsaber in Star Wars VII?
8
What is the in-universe significance of different colours of lightsabers in Star Wars?
8
Has a lightsaber ever been activated without physical activation?
14
How did Darth Maul trace the Queen/Jedi back to Tatooine?
11
How is/are God/Gods in the Star Wars canon
12
Why do the golden dice disappear in Kylo's hands?
12
Why would Luke give away this piece of information?
5
Is there a known reason why the Darksaber was kept in the Jedi Temple?