What did Mike Wazowski's paperwork consist of?

I'm guessing the paperwork is for accountability and reporting reasons. Mike's responsibility could have been to keep track of the various activities of the workday.

What did Mike Wazowski's paperwork consist of?

The quote in the film is

Mike: The pink copies go to Accounting, the fuchshia ones go to Purchasing, and the goldenrod ones go to Roz. Leave the puce.

Since the only consumables that Mike and Sully use are the doors and the scream containers, we can reasonably assume that the paperwork relates to the number of doors requested and the number of scream containers filled, returned unused or damaged. There would also be a count of the amount of scream produced by each door to allow for forward planning.

Additionally, we see Mike using a stamped door card to call the various doors. Those are issued by Roz's office (along with a puce coloured "MI Scare Report"). Since Mike has several of them stored on his desk wall, I think we can assume that they need to be returned to Roz each time a scare is conducted. 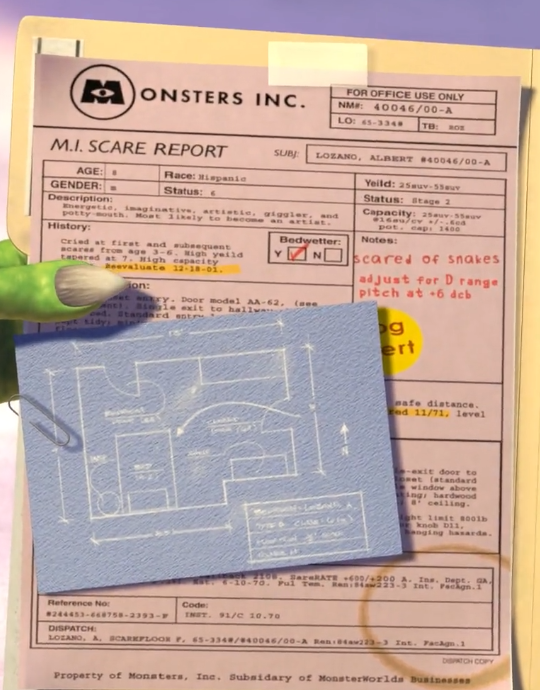 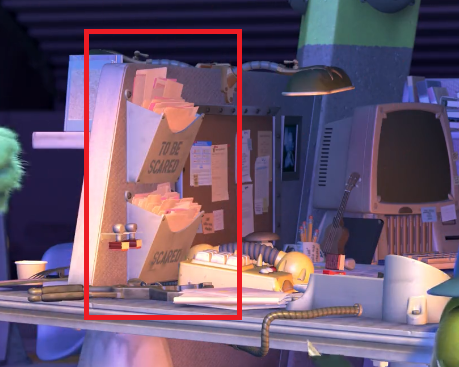 Moving away from the film canon, we learn in Mike's Monstrous Adventure that the yellow (Goldenrod) form is for "Daily Laugh Energy". Presumably before it was for "Daily Scream Energy". 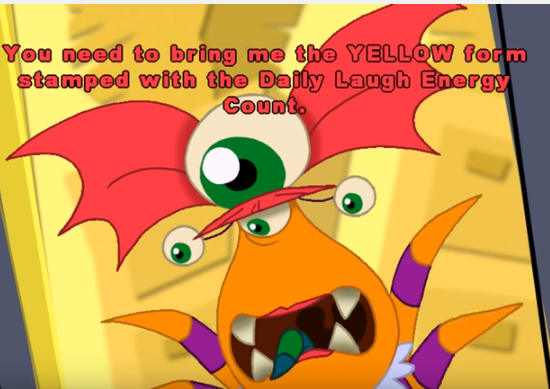 In the film's official Epic! Graphic Novelisation, he specially refers to his paperwork as his "Scare Reports", lending weight to the idea that they're individualised records of what occurred with each door. 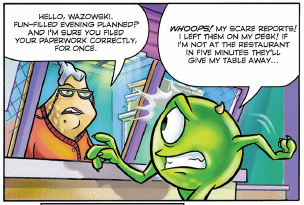 Not the answer you're looking for? Browse other questions tagged plot-explanation monsters-inc .

91
What really happened in Memento?
9
What characters in Monsters Inc. have cameos in Monsters University?
4
Why did Mike shoot through Chow's right hand?
8
How does Mike get back from the Himalayas in Monsters Inc?
8
What happened to Mike and Carol's former spouses?
14
Why does Walt talk about Victor?
5
Why did Mike Wazowski get banned from Monster University?
6
Did Mike and Sully meet in 4th grade?
5
Was Fritz a Nazi all along?
3
Why does Mike Wazowski correct Randall's insult of 'cretin' to 'Cretan'?