Why would Phoebe have been so intrigued with the wrestler's costumes?

From Friends: The One With The Ultimate Fighting Champion

Monica: He [Pete] wanted to tell me he’s gonna compete is some ultimate fighting competition thingy ... it's like wrestling ...

Monica: Yeah, but without the costumes.

Phoebe was immediately intrigued then disappointed. I know that girls like fashion and costumes, but I think Phoebe was far too intrigued by the idea.

Was this a play on the fact that girls (in general) are interested "wrestler's costumes" or a joke that was somehow specific to Phoebe? 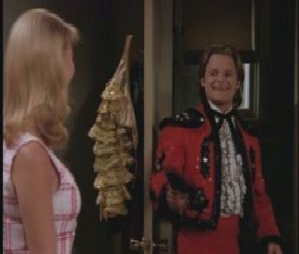 And dating a fireman 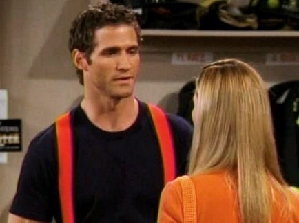 Not the answer you're looking for? Browse other questions tagged plot-explanation friends .

8
Why did Phoebe live on the streets?
12
Why did Phoebe hate massage parlors?
14
Would valuables really have been stored in Nakatomi Plaza vault?
3
Why does Phoebe call Precious Susie?
18
Why does Phoebe always use the fake name Regina Phalange?
6
In “The One With The Flashback”, why is the Bar empty yet operational when Ross & Phoebe hang out?
7
Why did Frank jr and Alice need Phoebe to carry their children?
3
What did Phoebe do with the $7,000?