Who is Lor San Tekka?

At the beginning of the movie Star Wars: The force Awakens we see an old man that gives to the rebel Poe Dameron a map to find Luke Skywalker.

His name is Lor San Tekka.

When Kylo Ren arrives, the old man says to him that he knows him, he knows his story, etc.

According to the Star Wars wikia, Lor San Tekka lived in the Western Reaches of Jakku about 29 years after the Battle of Jakku, which took place approximately one year after the Battle of Endor. He was a follower of the Church of the Force, a religion that based its faith on the ideals of the Jedi.

Further information about him from his official entry in the official starwars.com databank entry:

A legendary traveler and explorer, Lor San Tekka is a longtime ally of the New Republic and the Resistance. After the Battle of Endor, San Tekka helped Luke Skywalker recover secret Jedi lore that the Empire had tried to erase, and Leia Organa hopes the old scout can now help find her brother. Following decades of adventure, San Tekka retired to live simply on Jakku, where he follows the dictates of the once-forbidden Church of the Force. But his retirement is fated to be anything but peaceful.

As to how he came to be in possession of the final piece of the map that would lead to Luke, exactly, that may be revealed in later films.

I also think that he may be an Alderaanian expatriot. In TFA he states to Poe, about Leia, "...to me she will always be royalty." Unless he is stating it figuratively, because of his connection to the Church of the Force, it rings of a deeper loyalty or fealty that would only be expressed by someone of Alderaanian descent.

I realize this is an older question with an already accepted answer, but I wanted to provide some additional details from my own research into the character, as well as information that has become available more recently about his background:

Lor San Tekka (link to Wookieepedia) was a galactic explorer and an ally to both Luke Skywalker and Princess/General Leia Skywalker Organa Solo, as well as the New Republic as a whole. San Tekka shared knowledge with his allies regarding information that the Empire had been actively trying to suppress or destroy, including information about planets and galactic history. Together, San Tekka and Luke had discovered the first Jedi Temple on the planet Ahch-To. San Tekka even had in his possession a partial map to that planet - the map he is seen giving to Poe Dameron at the beginning of The Force Awakens.

As a result of his relationship with Luke and Leia, Lor San Tekka also knew and had a relationship with Leia and Han Solo's son, Ben Solo, who - as we know by the end of that film - is the identity behind Kylo Ren's mask. San Tekka had even traveled with Luke and Ben to Elphrona where the Knights of Ren tried to recruit the boy. This lends veracity to his claims that he knows Kylo Ren.

With the release of additional media from the High Republic era, we've learned a fair deal more about the San Tekka clan from which Lor San Tekka is a descendant. From the clan's Wookieepedia entry (I've included the link to the Polygon interview):

The San Tekka clan was first mentioned in the StarWars.com announcement regarding the postponement of the Star Wars: The High Republic multimedia project. Charles Soule, author of the 2021 novel The High Republic: Light of the Jedi, confirmed in an interview with Polygon that the clan members are the ancestors of Lor San Tekka, an explorer first seen in the 2015 film Star Wars: Episode VII The Force Awakens.

The San Tekka clan (or the San Tekka empire) began simply as a family of hyperspace prospectors and explorers. Over time, they became regarded as the most knowledgeable when it came to not only the paths they discovered but the nature of hyperspace itself. Their knowledge and methods brought them great wealth and prominence. While there isn't currently anything documented about the clan in the intervening years between the High Republic era and when we meet Lor San Tekka at the beginning of The Force Awakens, based on the character's "occupation" as an explorer, it's reasonable to assume that at least some of those familial bonds - and possibly secrets - made their way through time to their descendant(s).

While two of the other answers are good answers and generally provides information on who Lor San Tekka is or The San Tekka's are, it doesn't get into more specifics of their signifigance to either Luke Skywalker or The High Republic and/or the connections that are being made between them. 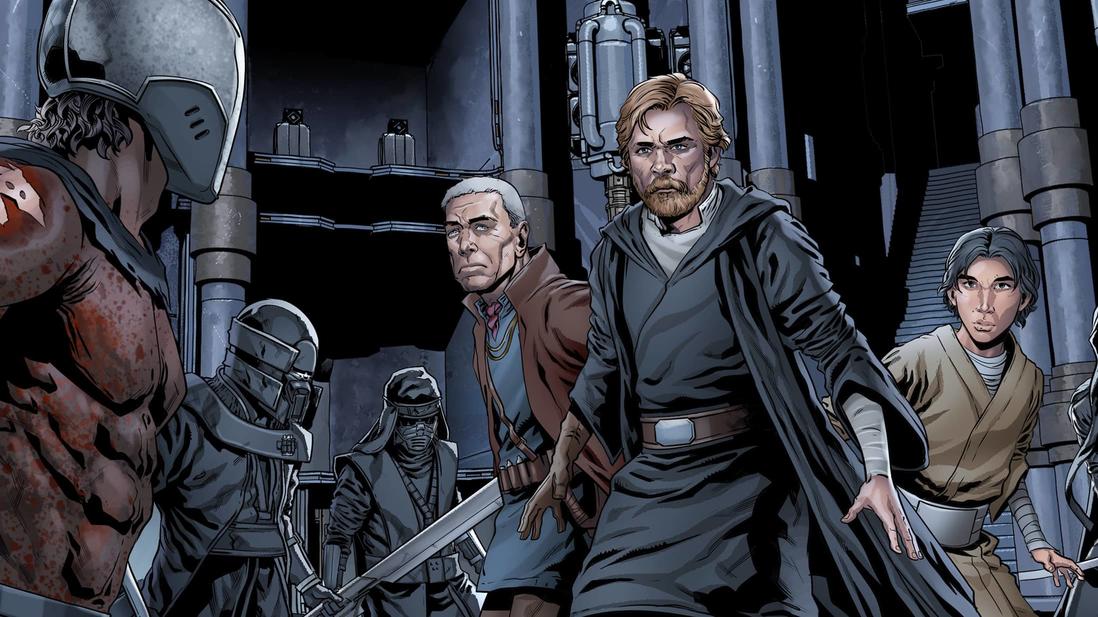 The Rise of Kylo Ren miniseries comic for instance, features one story of how Ben Solo was introduced to an iteration of the Knights of Ren. He is traveling with Luke Skywalker and Lor San Tekka at a time were Luke Skywalker is out searching information about the past Jedi and/or The Force. They come upon a temple from The High Republic Era filled with relics, but are interceded by The Knights of Ren and they do battle... 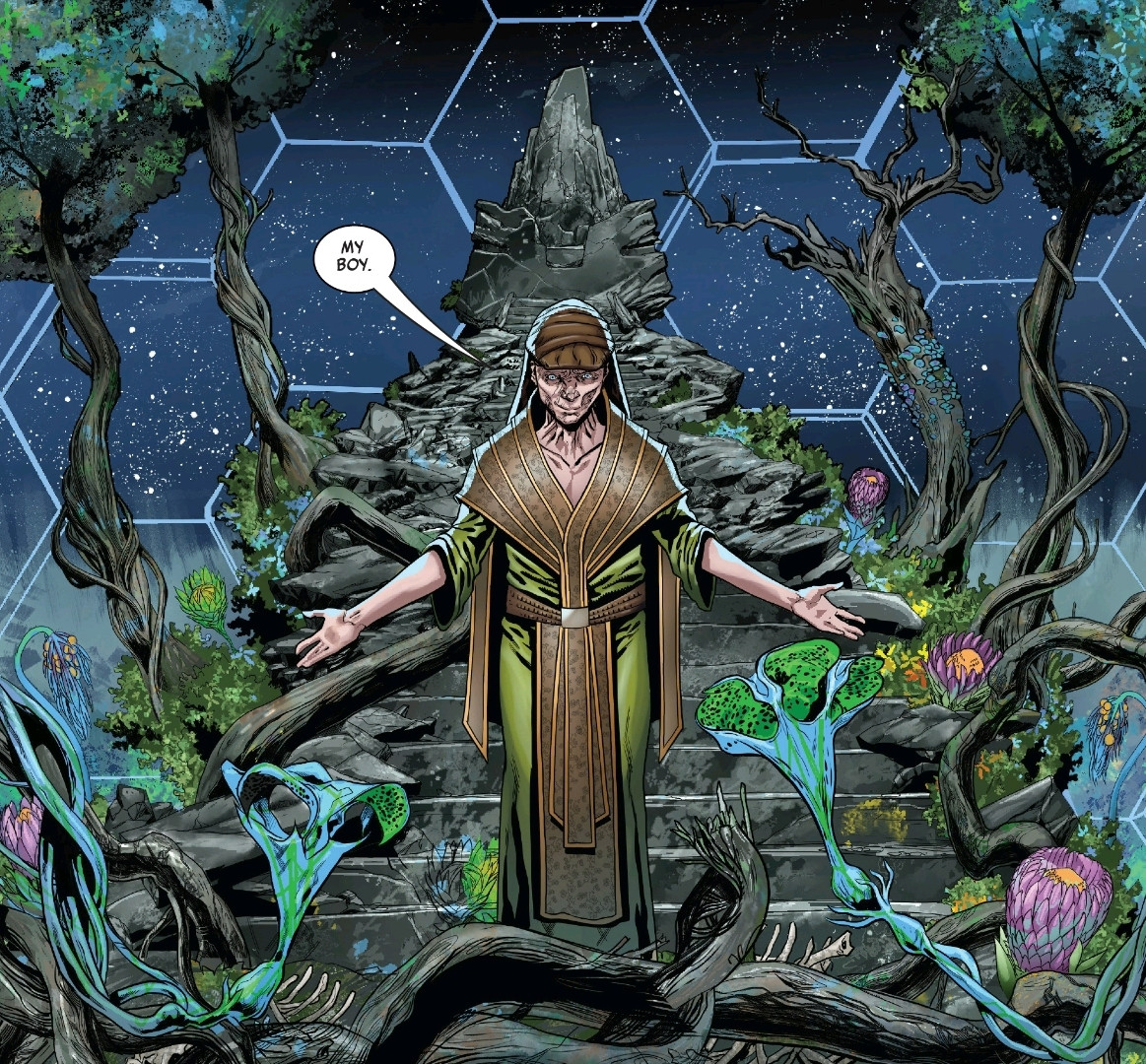 The comic also makes other connections to the High Republic such as Ben Solo finding a holocron from Avar Kriss, a prominate Jedi during the era. But even more interesting is that [one of the] Snoke(s) is operating out of Amaxine space station featured in the novel Into The Dark, which is about the Jedi investagting the station and accidentally releasing a monsterious Force Sensative plant species called The Drengir across the galaxy that was previously sealed away on the station by The Sith! 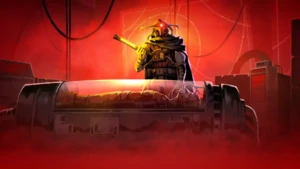 Again as mentioned in one other answer, these connections to the High Republuc in part serve, because The San Tekka Clan or Family is another feature of the ongoing story in the High Republic Era, but one San Tekka in particular, Mari San Tekka, is VITAL to the early plights of the story's main antagonist Marchion Ro, as many San Tekkas have a unique Force ability that Ro hopes to use to cause chaos, but also aid him against his destruction of the Republic and The Jedi.

And while it is not entirely clear why The High Republic keeps connecting to this era between Return of the Jedi & the Sequel Trilogy, but more specifically Luke Skywalker (in Star Wars ongoing comic current set between The Empire Strikes Back & Return of the Jedi Luke comes across a force vision of Elzar Mann also), setting aside: just for continuity's sake,we can at least surmise that The High Republic, especially in terms of the Jedi informs the Skywalker Saga, and Lor San Tekka has become a curious link to the Jedi's pre-Skywalker Saga's history along with his connection to Luke & Ben.

Wedge Antilles?? They tried to get the actor that played Wedge to appear in Episode VII , but he turned it down, saying that that role was to small and it would bore him. That would make sense as Lor has only one scene. Also Wedge, always survived so he has seen, first hand, the power of the force.

I thought (but now think I'm wrong) that he might have turned out to be General Madine - about the right age -30 years, bearded. I think it was the way that the text scroll said "an old ally..." as though we ought to have known who he was.

My guess is Crix Madine but he may have simply been someone that Luke fought alongside in the Rebellion. It could be an original character that isn't all that important to the bigger picture. He just plays his role and dies.

11
Who is Supreme Leader Snoke?
4
Why did Kylo Ren take such a drastic action?
9
Was Kylo Ren's birth name homage to Obi-wan's?
12
Why would Luke give away this piece of information?
9
Was Ahch-To such a mystery?
45
Who is the titular "Last Jedi"?
5
Did the concept of Force Projection exist in Star Wars universe before the Last Jedi movie?
41
Why would Luke Skywalker be a myth?