A long time ago (in a galaxy far, far away...) I saw a show on TV. It was sort of like one of those "Hollywood Extra" type shows. This is going back to the early 80's for sure.

Anyway, on the show they talked about a scene in one of the Star Wars movies that was apparently shot on the roof of a studio. Someone discovered that if you go frame-by-frame in this scene with the then-spanking-new VHS release, you could see the edge of the roof and the parking lot below. And they showed it frame-by-frame, and sure enough you could see the parking lot below.

I'm 99.9999% positive that Lucas has fixed this by now, so it's not going to show up on any DVD/Blu-Ray release. And it's so long ago that I couldn't even find anything on Google that confirms this.

Does anyone know which scene/movie this was in? It had to be the original trilogy, but I can't remember which one it was.

This was definitely the Death Star sequence from Episode 4: A New Hope.

Will Brooker's book about the production of Star Wars explains in some detail how George Lucas left the shooting of FX scenes largely to Bruce Logan, and with very little of the remaining budget, forcing him to be imaginative in his execution.

The Death Star trench scenes of A New Hope were shot in the parking lot and roof of the studio, and with limited time and no money for re-shoots the original versions contained shooting goofs, including the floor of the parking lot at the edge of frame.

A model of the Death Star's surface was made and laid on a table, then Bruce's team would drive past with a camera in the back of a pickup and shoot the surface as explosions erupted: 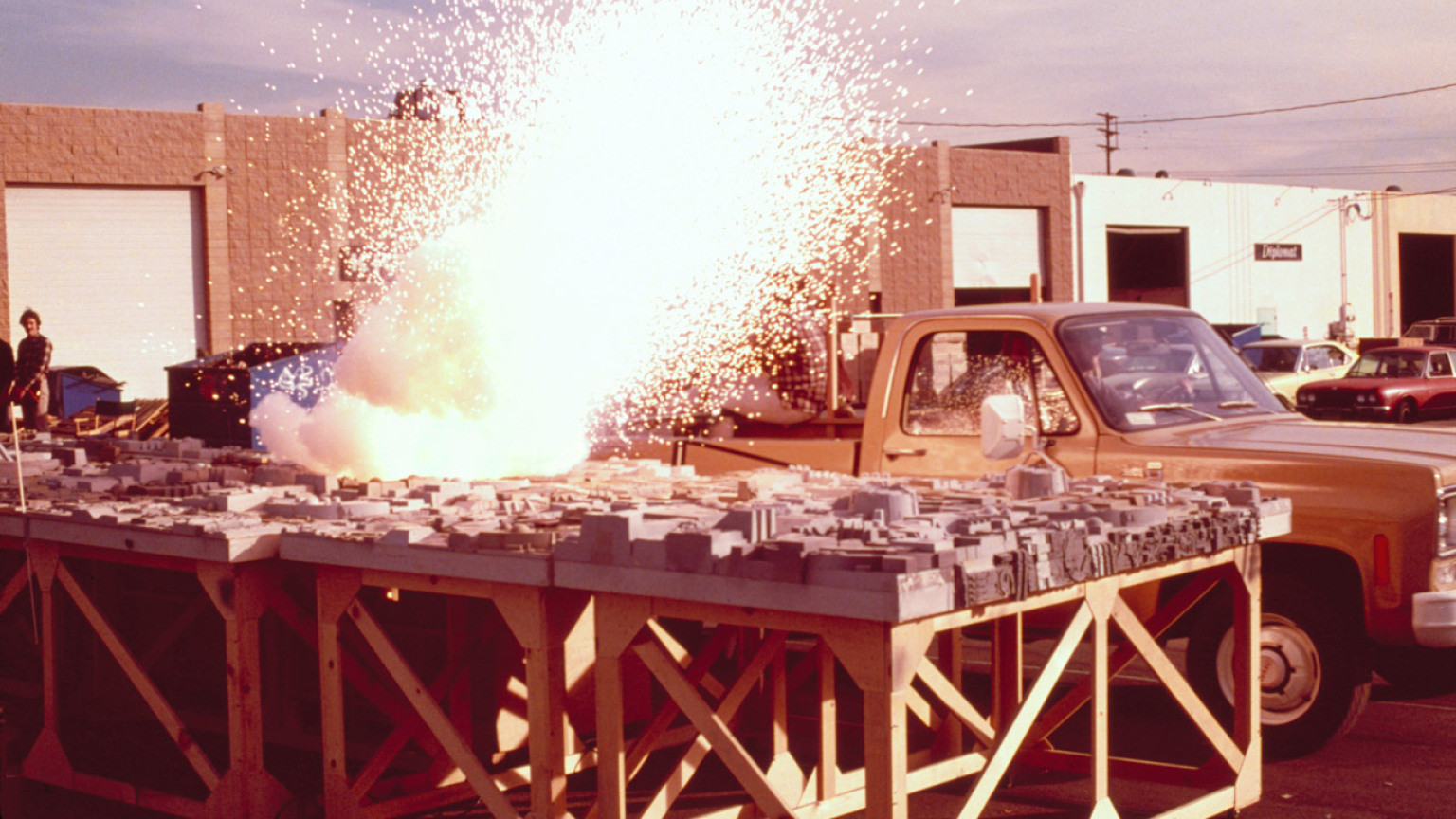 Not the answer you're looking for? Browse other questions tagged star-wars production-mistakes .