Was this X-Files episode influenced by Edward Scissorhands

As I watched Edward Scissorhands this last week I caught this image early on. Notice the house with the fumigation tent. At first I wondered what it was doing there, I mean there must be a reason to have taken the time to cover one of the set homes with a fumigation tent right? But that is not my question. 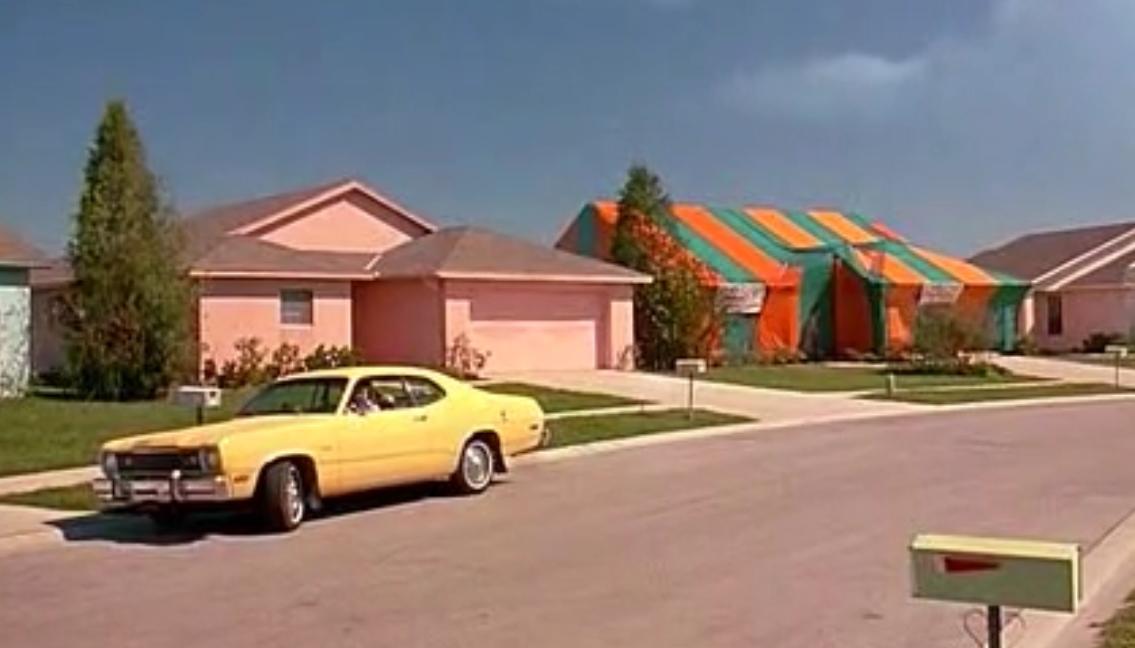 After I saw this I remembered the episode of The X-Files The Post-Modern Prometheus which is about a "father" who creates a son and is trying to find him a mate by inseminating various people in town. He subdues these victims by gassing them out while their house is covered in a fumigation tent. 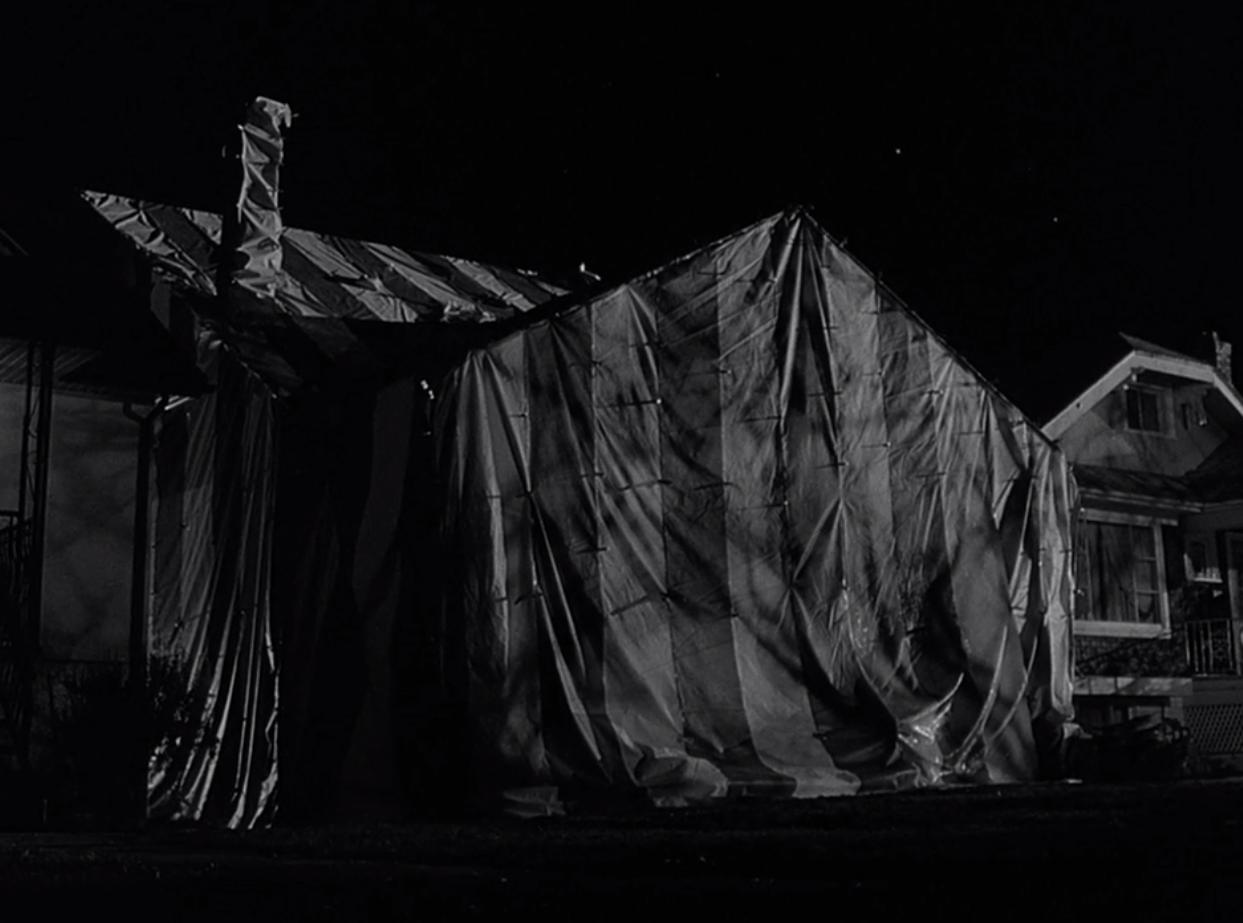 There are a lot of similarities in the stories of Edward Scissorhands and The Post-Modern Prometheus and so I'm curious if the use of the fumigation tent in the episode is meant to be a nod to the movie.

After quite a bit of research, I've decided to answer this myself. I believe that this was indeed meant to be a nod to the Edward Scissorhands movie and I will tell you why.

To begin I had to look into the title of the episode, The Post-Modern Prometheus. Why postmodern? What does post modern even mean? It is a relatively complex idea and there are a lot of definitions out there depending on the context but I think the best definition I could give it here to back up what I'm about to say is that post modernism is a form of using classical styles to present a style beyond modernism. Take the form of the episode. It is filmed in black and white with cliched lightning strikes similar to the style of an old Frankenstein movie. This is the key of what makes the episode "post modern" is that it brings in other styles and references to make an ironic self reference to the style of story being told. The age old tale of man creating what is perceived to be a monster when the monster only wishes to fit in.

Some examples of post modern references in the episode:

As you can see the episode draws heavily on the styles of other similar movies in a post modern fashion which brings me to Edward Scissorhands. I can't help but think it is more than a coincidence that both have the fumigation tent which looks very much like a circus tent and calls up thoughts of the freak show in Elephant Man. It is my opinion that Chris Carter likely had all these films in mind when making the episode and drew items like this from all of them into making The Post-Modern Prometheus.

Not the answer you're looking for? Browse other questions tagged the-x-files edward-scissorhands .

24
Why was Edward given scissors instead of hands?
6
Plot hole or science faux pas in premiere episode of X Files season 10?
4
Connection between Sweeney Todd and Edward Scissorhands
8
What was the significance of dinosaur hedge-sculpture made by Edward?
10
In the season 8 finale of the X-Files, what is Alex Krycek's motivation in this scene?
2
Why doesn't the bounty hunter die in this X-Files episode?