Did one actor ever play two distinct characters in one scene in the Star Trek franchise?

There have been several times in the various Star Trek series when one actor interacted with himself/herself as a clone, Mirror Universe double, or other "alternate" version of the same basic character. But has the same actor ever played two completely distinct characters in the same scene?

For example, Jeffrey Combs once said that he always wanted to do this with Brunt and Weyoun, but he never had the chance to. And in the Deep Space Nine episode "Chimera," the alien guest star was played by J. G. Hertzler, and Martok is mentioned several times in the episode, but he never appears on screen.

Has it ever been done?

The best I can come up with is Brent Spiner - he played Data on The Next Generation, and appeared onscreen in three episodes as Lore, Data's brother. I'm not sure that this is far enough from the instances of clones or mirrors that you mention, but the characters exist simultaneously and have distinct personalities.

This is the Wikipedia article featuring Lore, and explains some of the filming techniques.

There is the TNG episode "The Defector":

In addition to his regular role of Captain Picard, Patrick Stewart also played the role of the holodeck character of "Michael Williams" from Shakespeare's Henry V, Act 4, Scene I, in the opening scenes of the episode.

Stewart requested this out of his love for Shakespeare, himself a member of the Royal Shakespeare Company. 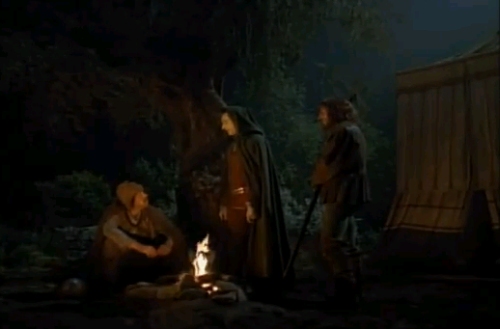 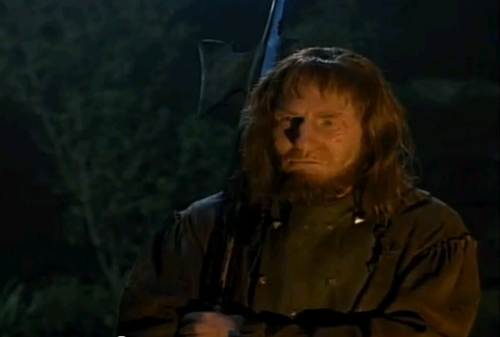 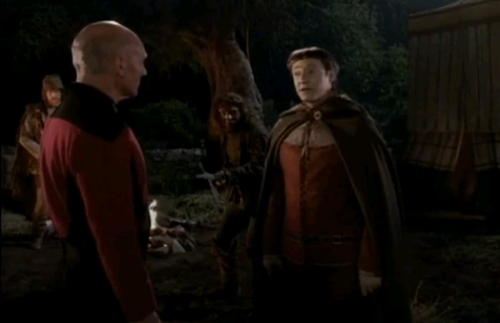 The very best I can come up with is Brent Spiner.

He played not two but THREE characters in the same scene, in the 77th episode of Star Trek The Next Generation, 'Brothers', where he appears simultaneously as Data, as Data's evil android brother Lore, and as their creator Dr Noonien Soong.

Majel Barrett played Nurse Christine Chapel throughout the original series and "Number One" in its first pilot called The Cage, which was subsequently repackaged into The Menagerie. She also was the voice of the computer on Next Generation—a triple role. Simultaneously, she was the computer voice and Deanna Troi's mother Lwaxana Troi on TNG.

George Takei played Lt. Sulu the ship's physicist in the second original series pilot Where No Man Has Gone Before, whose character became helmsman in subsequent episodes. Arguably, this is only one character.

In A Fist Full of Datas, Brent Spiner plays Data, and multiple holodeck replicas of himself.

In addition to the answers above Robert Picardo played several different EMH characters (ST First Contact, ST Voyager). He also played the maintenance hologram for the EMH and Lewis Zimmerman on occasion.

While you could argue the EMH programs are the same character Zimmerman is very different!

In the old series. James Kirk played many roles. He played a surgically modified human made to look romulan to steal the cloaking device. A drill thrall in the gamesters of triskellion. He played the character called Baroner in the Organian -Klingon conflict. He played a Native American named Kurok after his memory was erased in the control room of asteroid deflector.

He was transposed into the body of a woman named Janice Lester. He was duplicated the body of an android on a ice planet controlled by Dr Roger Kirby.

He played a gangster in the "A piece of the Action".

I figure that ain't bad for close to 40 years with memory alone.

Not the answer you're looking for? Browse other questions tagged star-trek .

9
Why did they *kill* Mr. Hengist in “Wolf in the Fold”?
8
Does Noel ever comment that Frasier looks like Captain Bateson?
15
Was Kirk's retirement from the Star Trek franchise already decided in The Undiscovered Country?
6
How did they do the Andorians' skin effects in Star Trek: Enterprise?
3
Did Star Trek Beyond copy a scene from Titan A.E.?
13
Why didn't Author, Author reference A Measure of a Man?
3
Did Nana Visitor actually sing the song that her character sings?
0
Was Geordi's VISOR ever spelled lower-case in "Star Trek: TNG" scripts?
18
Why did the original Star Trek change the Enterprise captain?