How much time passed (in universe) between Rocky and Rocky III?

In the original Rocky, Mickey tells Rocky that he is 76 years old:

MICKEY
(yells)
Rocky, I'm seventy-six years old. Maybe you can be the winner I never was -- your shot is my last shot!
- Source

In Rocky III, Mickey dies, and we see his gravestone: 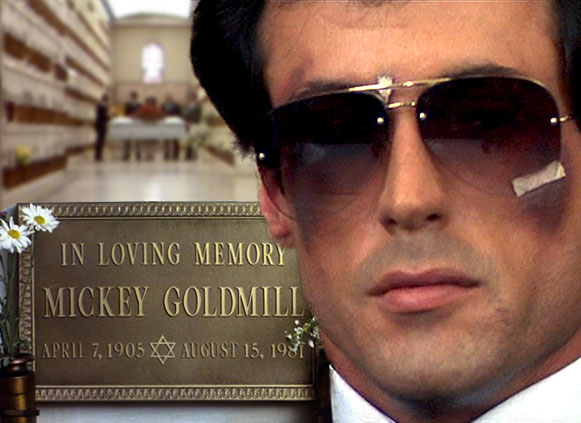 This wouldn't be such a problem if not for this tidbit, also from Rocky III, prior to Mickey's death:

ANNOUNCER: Another southpaw, champion Rocky Balboa, isn't worried about much these days. He's defended his title for the tenth time.
- Source

How could Rocky defend his title (which he won in Rocky II) ten times in four months? Even if Mickey was rounding his age up slightly in Rocky1, it would be difficult to pack the events of the first two movies, plus the 10 unseen title defenses between Rocky II and Rocky III into the time span available2.

As @steelerfan just pointed out in chat, Rocky Junior is a newborn in Rocky II, and appears to be 4-5 years old in Rocky III, reinforcing the idea that Mickey should have aged several years between I and III. 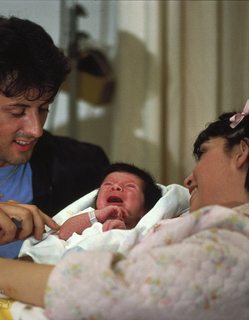 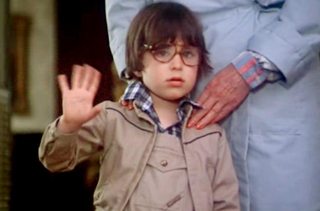 How much time passed between Rocky and Rocky III? Or in other words, how could Mickey remain 76 years old in the first, second, and third films?3

2 Sticking with the hypothetical scenario mentioned in footnote 1, we would have to believe that Rocky met Mick, trained, fought Apollo Creed and lost (Rocky), then fought Creed again and won (Rocky II), then fought and won ten title defenses (between the end of II and the beginning of III), all in less than seven months.

3 In the interests of transparency and giving credit where credit is due, I confess that my cousin James noticed this and mentioned it on Facebook, after which I saw it and shamelessly stole it so I could ask it here.

It is more than likely that Mickey Goldmill lied about his age in order to start boxing while he was still a minor. He presumably continued the facade for the remainder of his life.

As for the time frame (in universe):

If Rocky III takes place three years after Rocky II, Rocky should be 34, which is exactly what age he is (as pointed out on TV). All of this serves to illustrate that the film is set in 1979/1980. It is not quite that simple however. Problems begin to arise in relation to Mick's death. His headstone records his date of death as August 15, 1981, placing the events in Rocky III almost five years after those in Rocky II (and thus making Rocky 36), leading many fans to accept this 1981 date as the 'correct' date. However, the headstone throws up further complications. In Rocky (set in 1975) Mick says that he is 76 years old, meaning he was born in either 1899 or 1900. If Rocky III occurs five years after Rocky II, and six years after Rocky, Mick should be 82 when he dies. However, his headstone lists his date of birth as 1905, meaning he was 76 when he died; the same age he was in a film set six years previously. To complicate things even further, the fight between Rocky and Thunderlips (Hulk Hogan), which takes place prior to Mick's death, is advertised as occurring in 1982! And if all of that wasn't bad enough, in Rocky V, Mick's death is stated to have occurred in 1982, not 1981.

According to his memorial plaque, Mickey Goldmill was born on 7 April 1905 to a Jewish family. He boxed professionally from 1922 until 1947 and achieved great athletic success but never gained any measure of fame or material success. Goldmill recalled that he once knocked fictional opponent, Ginny Russell, out of the ring the same day that Luis Firpo did the same to Jack Dempsey: 14 September 1923. Goldmill claimed that the reason his victory did not garner any media attention was that he did not have a manager, while Dempsey did. He retired in 1947, with a record of 72 Wins, (70 K.O.'s), 1 Loss. Some time after his retirement (in 1948), he opened a boxing gym in Philadelphia, Mighty Mick's Boxing, and began to train fighters. There is an apparent continuity error on Goldmill's actual birth year. In late 1975, he tells Rocky that he's 76 years old, which would have meant he was born in either 1898 or 1899. However, his memorial plaque says he was born in 1905. It is possible that he lied about his age (stating that he was 23 when he was actually 17) to start boxing and kept up the pretense for the rest of his life.

Not the answer you're looking for? Browse other questions tagged plot-explanation chronology rocky rocky-iii .

2
When Paulie attacked Rocky in the parking garage in Rocky III, was Rocky trying to win?
14
How to sort Marvel Cinematic Universe hero movies into a chronological order?
4
How much time passes in Scarface?
8
What timeframe overlaps between Bourne Supremacy and Ultimatum?
7
How did the wolf characteristics get passed onto Laura?
5
How much connected is the Night of the Living Dead film series?
12
How do the timelines between Black Panther and Captain America: Civil War interact?
4
How much did Owen and Beru know?