Why do the movie posters show Katniss in red?

We know from watching the movies that Cinna created the Mockingjay outfit in black. In the MJ2 movie posters, Katniss is most often shown as wearing deep red. Is there a significance to this? Was there anything put out in the press or online which tells us why they designed the posters this way? It is a distinct change from the coloring of the MJ1 movie posters. 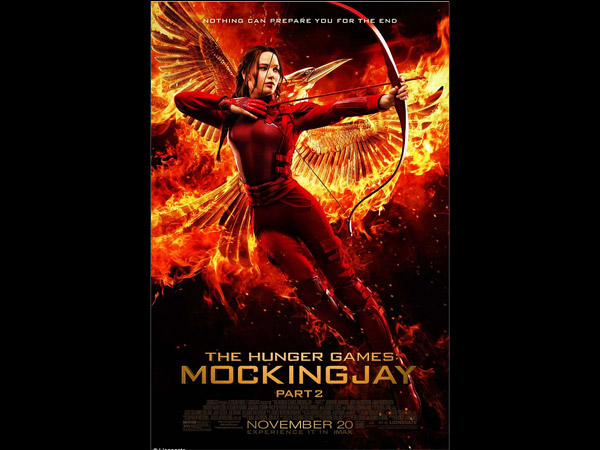 The posters follow the other extra-canon media presented to boost demand and anticipation for the film. This includes blogs, websites, games and video propaganda as if it were made in-universe. This is a viral marketing concept called In-Universe Marketing over at TV Tropes (Also Alternative Reality Game.) Transformers did it in a particularly big way.

Hunger Games has made excellent use of this through all four movies. The propaganda posters released by "The Capitol" for Mockingjay Part 1 were pretty sweet. This propaganda all shows Katniss in a red mockingjay battle suit. 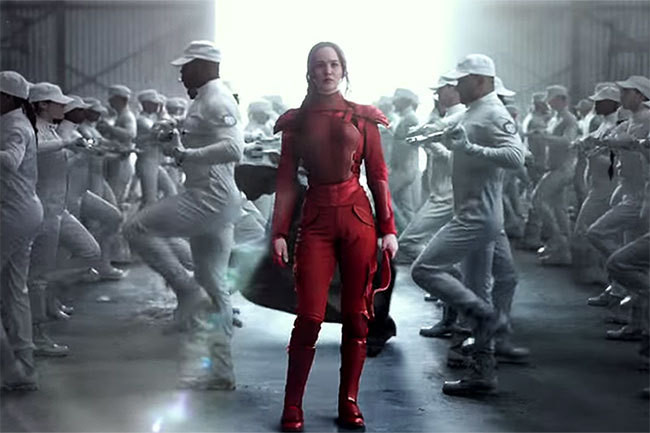 This image is on both a propaganda video and the revolution's website http://www.Revolution.pn. 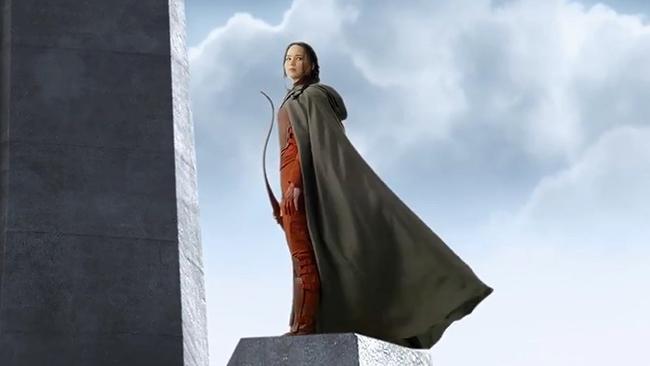 Note that this poster image is used on the Captiol's website http://www.Capitol.pn, as if District 13 had hacked into the site and defaced it with Revolution Propaganda. 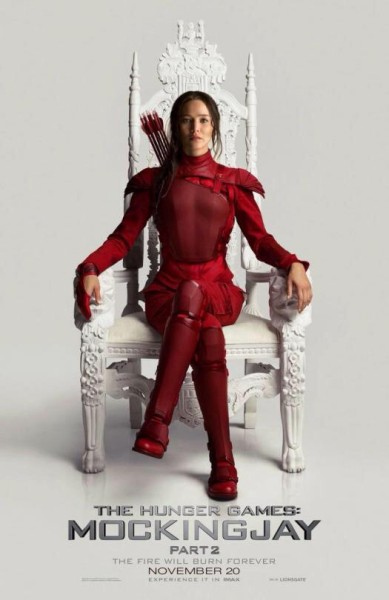 Much of Mockingjay (1 and 2) has cold war themes, including the reliance on Propaganda both by the Rebellion and the Capitol. Each interview with Peeta in Part 1 was in-universe propaganda, and District 13 attempts to make CGI propaganda with Katniss reading lines (How a Revolution Dies). They go with live battle-field footage that was much better (Fire is Catching, If we burn you burn with us). The real world posters reflect that in-universe propaganda. The Capitol has it's own propaganda as well. It's all a method of immersing the audience into the world of the film, of world building, as well as getting cans in the seats.

She does not wear a Red suit at all in the on-screen material.

6
Why did Katniss want Peeta to live?
9
Why did the rebellion allow Katniss to enter the Hunger Games a second time?
7
Why does President Snow want Katniss to keep on acting the love affair?
1
Who is the boy from Katniss' hallucination?
3
Who did Finnick marry in the final Hunger Games movie?
4
Why did President Snow want to use Peeta to kill Katniss?
2
Why did Katniss and Gale not run away when they had the chance?
5
What was the reason for Katniss' decision at the end?
2
Why does Katniss go back to district 12 at the end?
0
Why was Katniss Everdeen wearing her arena outfit in this scene?