What happened to the money in Blackhat?

Why did he only have about 50 million dollars in the bank at the end?

He took 78 million dollars from that bad guy!

They should have explained that, unless I missed something.

I assume he somehow donated 28 million dollars to a relief fund (whitehat style), or he spent it on 365 new Corvettes so he could drive one for every day of the year.

Or he sent it to his girlfriend's remaining family.

First of all, he took 74 million dollars from the Blackhat, not 78. The remaining difference is likely due to a little detail you missed. The bank account at the end doesn't show 50 million dollars, but 50 million (or rather ~47 million) euro (screenshot as edited and provided by Richard in a comment):

If we look at the time of the movie's creation, which was around 2013 and the dollar-euro exchange rates in that year (as provided by the European Central Bank), they were around a rather stable ~1.35 during that period: 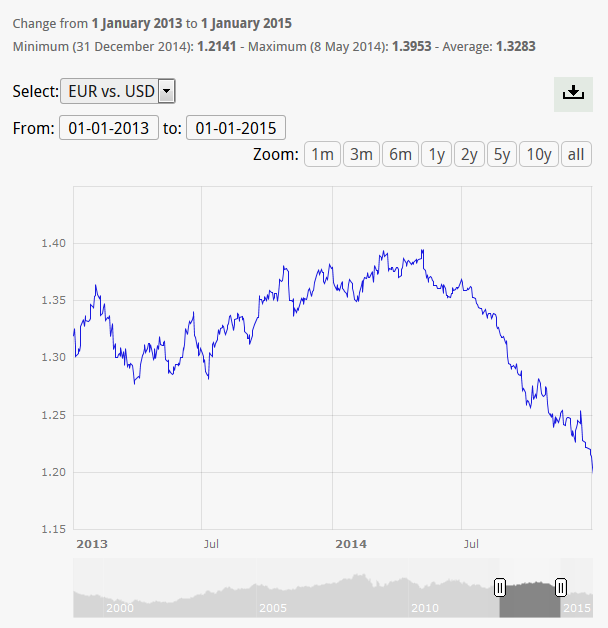 If we consider additional factors, like a more liberal approximation of that rate by the filmmakers, the bank not offering the most favourable exchange rate, or Hathaway already having spent quite a bit for travel expenses and the like, then this amount isn't that unrealistic in the scenario of the film.

Not the answer you're looking for? Browse other questions tagged plot-explanation blackhat .