What do we know about the creature whose skeleton we see in Star Wars?

In Star Wars: Episode IV - A New Hope, C-3PO passes by what looks like a dinosaur skeleton: 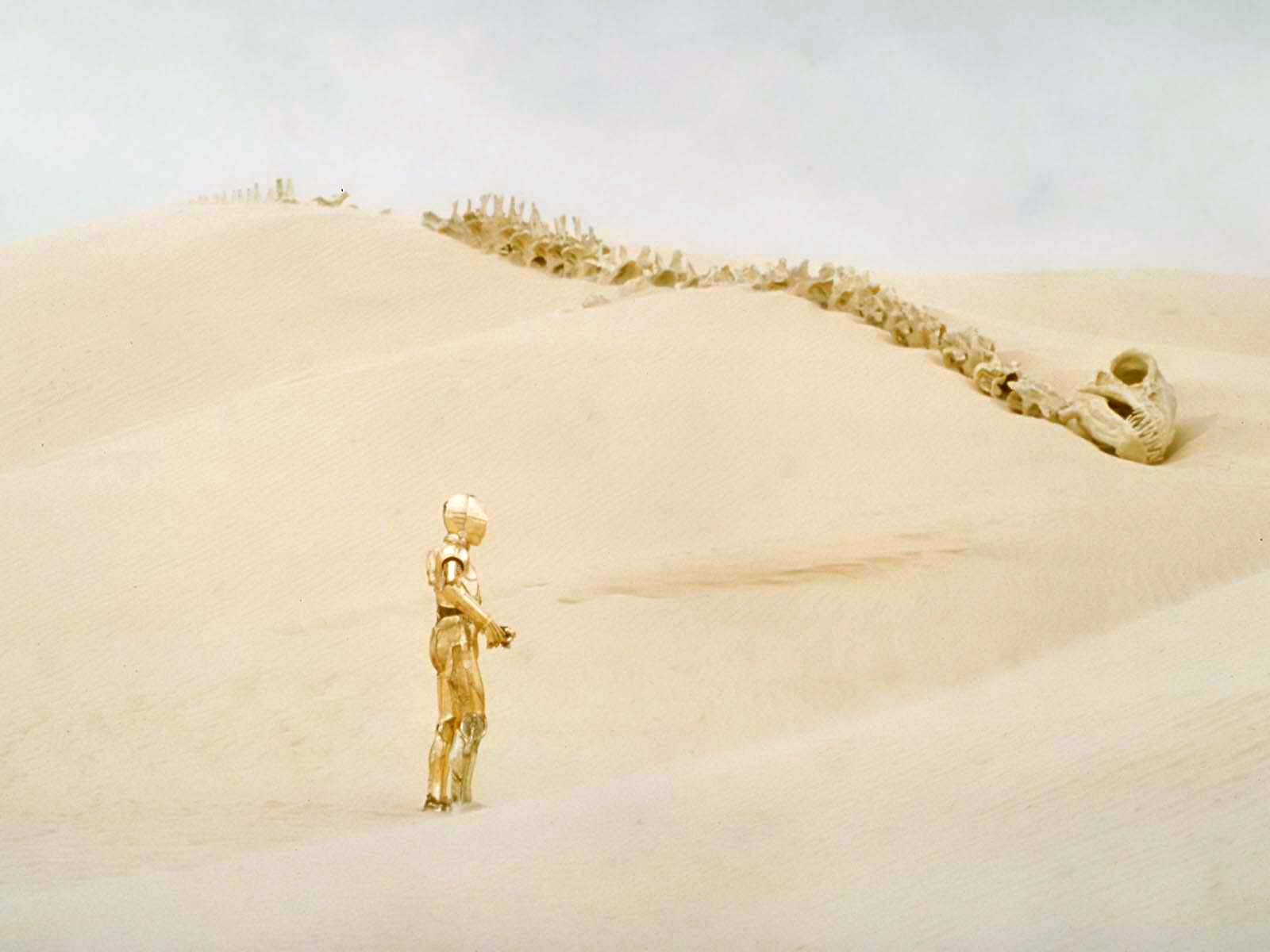 What is this creature? Are they extinct? How did such a large animal manage to survive in a barren desert?

It is from a Greater Krayt dragon: http://starwars.wikia.com/wiki/Krayt_dragon

The krayt dragon was a large carnivorous reptile native to Tatooine.

They are extinct, Obi-Wan imitated the hunting cry of a Krayt dragon to scare away the sand people.

The greater krayt was a rarer, larger species of krayt dragon, known for its tremendous size and continual growth over time. Creatures of near legendary status, greater krayt dragons had ten legs, measured at least 100 meters from snout to tail tip and had the ability to move through or on Tatooine's desert sand

The artificial skeleton used for A New Hope was left in the Tunisian desert after filming and still lies there. During filming of Attack of the Clones, the site was visited by the crew and the skeleton was still found there.

3
What creature does this skeleton belong to?

34
Why is there an alien in the garbage?
8
Modifications to the Star Wars original trilogy
24
What does the prophecy exactly say in the Star Wars saga?
8
What are these cartridges that many characters have in the Star Wars movies?
19
What was used to create the hyperspace jump sounds in the original Star Wars trilogy?
11
How exactly did they find an actress that is almost an exact clone of original Mon Mothma?
55
Which worse thing was Luke expecting in Star Wars: A New Hope?
9
Why the different TIE cockpit color in 'Solo, a Star Wars Story'?
9
What is the reason that Obi-Wan lied to Luke by telling him that Darth Vader killed his father?