In the series Frasier, Noel Shempsky is a huge Star Trek fan. Now, the character of Frasier character is played by Kelsey Grammer, who also played Captain Bateson in Star Trek: The Next Generation episode 'Cause and Effect': 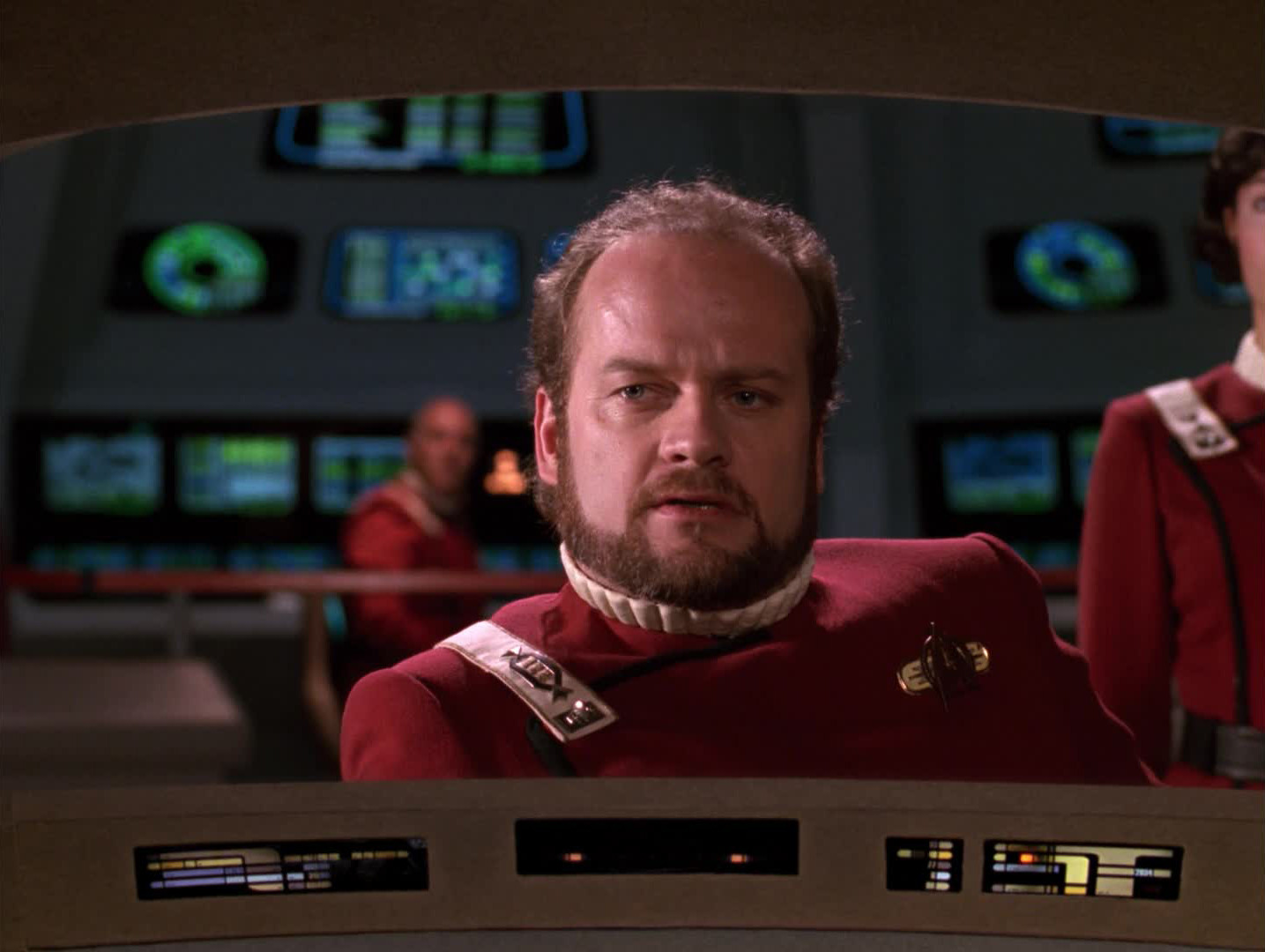 As I've mentioned above, these two characters are played by the same actor. Although in Frasier Dr Crane isn't an actor (and isn't playing Kelsey Grammer), surely Noel would still see a huge resemblance.

My question is then: does Noel ever comment that Dr Crane looks a lot like Captain Bateson?

As someone who has the full Frasier on DVD, and has watched it through several times (currently on series 10 of about run 6), I can say :

No, he doesn't mention it at any point

As cde mentions in the comments, he also didn't notice the similarity when Patrick Stewart and Brent Spiner were in Frasier as well, so maybe a TOS purest (although he wanted Scott Backula's autograph in Star Mitzvah so who knows).

Not the answer you're looking for? Browse other questions tagged character star-trek frasier .

19
Did one actor ever play two distinct characters in one scene in the Star Trek franchise?
30
Does Princess Leia ever learn that Darth Vader is her father?
10
Why does the president of the Federation look like a Klingon?
39
Why does Django choose to dress like that?
7
Is there a canon explanation for certain holodeck differences between Star Trek shows?
7
Why doesn't Spider-Man look like an adult in Captain America: Civil War?
6
Why does Captain Christopher Pike use a Wheelchair?
2
Does Captain Tracey (Star Trek “The Omega Glory”) resemble a figure from American history?
2
From the start of Cheers, does Sam ever drink alcohol?
8
Why does Groot freeze still when Drax looks at him