Flag in Around the World in Eighty Days

In the 1956 film Around the World in Eighty Days, there is a scene in which the people from Ft. Kearney chase down the Sioux to rescue Passepartout. They bear an American flag, and one divided horizontally across the middle: the top is a white "3" on a red field, and the bottom is a red "A" on a white field. I Googled, but could not find mention of this flag; nor is it on this list; therefore, I suspect it's a fictitious flag.

Cavalry guidons [...] are horizontally divided, scarlet over white, with troop letters and squadron/regimental numbers in white and scarlet, but no branch insignia. 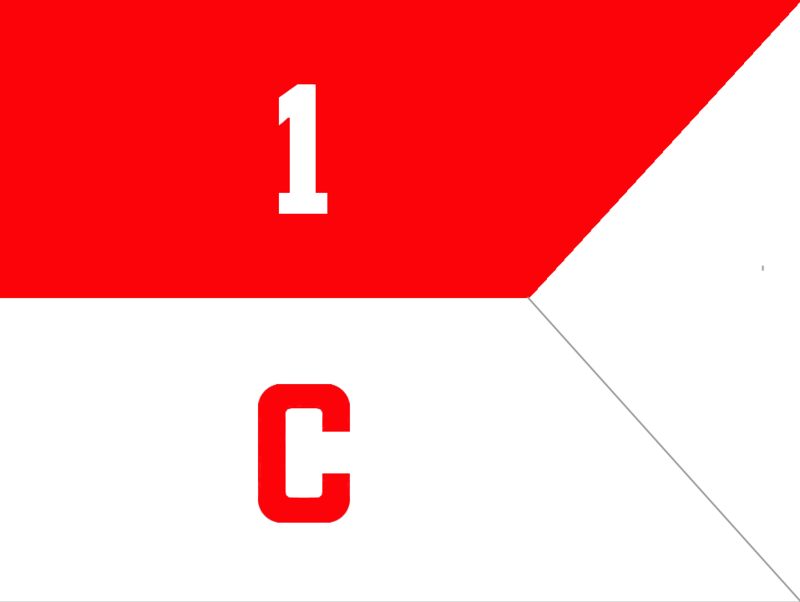 And the flag in the movie would indicate Troop 3, Squadron A.

Apparently this design was first used in 1885.

Both the flags carried by the the US cavalry in Around the World in Eighty Days (1956) were inaccurate and/or anachronisms.

The flag with the number and letter is an anachronistic US cavalry guidon, the flag of a company or troop of cavalry.

Thus the guidon is that of Company A of the Third United States Cavalry Regiment.

In 1876, four years after the date of the novel and the 1956 film - https://en.wikipedia.org/wiki/Around_the_World_in_80_Days_(1956_film) - the 3rd cavalry was stationed in the military department of the Platte which contained Fort Kearny, Nebraska, and took part in the Great Sioux War. And the only transcontinental railroad in 1872 did go by Fort Kearney. So the connection between Fort Kearney, the railroad, Sioux, and the 3rd cavalry is approximately correct.

Actually Fort Kearney had been deactivated by the army in 1871, so Jules Verne probably used a slightly out of date map when writing his novel - a completely up to date map of the US west would have been hard to find in those days of rapid change.

There were three different designs of guidons for the United States mounted regiments - dragoons, mounted riflemen, and cavalry - during the 19th century.

1834 - General Regulations for the Army authorize a red-over-white guidon for companies of dragoons, of which there was a single regiment at the time. It was silk, 27 x 41 inches, with a 15 inch swallowtail, with the letters "U.S." in white on the upper half and the company letter in red on the lower.

1836 - Second Regiment of Dragoons is raised, leading to the issuance of guidons with regimental designations in various formats.

1841 - the new General Regulations for the Army reaffirmed the 1834 design.

1862 - General Order 4 (January 18) directed that "Guidons and camp colors will be made like the United States flag with stars and stripes." The typical design had the stars in two concentric circles with one star in each corner of the canton. Dimensions remained as in 1834. Over the course of the Civil War it became customary to paint the stars in gold instead of silver (which tarnished)

1863 - Army Regulations, Appendix B, directed that the names of battles in which companies had "borne a meritorious part" be painted on the guidons.

1881 - Regulations for the Army of the United States directed that the company letter be inscribed in yellow on one of the white stripes of the guidon.

1885 - General Order 10 returned to the red-over-white guidon, but with the regimental number on the upper half and the letter of the troop (as companies of cavalry were now called) on the lower.

1895 - Regulations for the Army of the United States introduced a bunting guidon for everyday use, reserving the silk for campaign and parade use.

For some reason actual 19th century guidons often have different proportions than drawings based on their regulation proportions.

In the 20th century infantry companies in the US army began carrying guidons, of different design from the cavalry guidons.

Western movies show cavalry carrying guidons of all three designs, as well as guidons that never were carried by the US army.

The United States flag carried by the cavalry in Around the World in Eighty Days should also be questioned. Do you suppose that each fort had several US flags in stock and every detachment that left the fort, of whatever size, would take one along? If so, you are wrong.

The two colors or standards are almost always carried or displayed together and separation would be very rare.

US cavalry regimental standards originally had a blue background but it was changed to yellow decades after the Civil War.

Also, the US cavalry were not issued national standards based on the US flag until decades after the Civil War and thus after the fictional date of most westerns - including Around the World in Eighty Days (1956).

Thus both the US cavalry flags seen in Around the World in Eighty Days (1956) were inaccurate and/or anachronisms - which is normal in movies featuring the cavalry and Indians.

10
Is the Stay Puft brand brought into any other films?
2
Why do some movies have photoshopped pictures of the 'family'
3
The meaning of the Dexter lock in the series Dexter
27
Is the Bolton sigil meant to look like the British Flag?
2
Flag on the Front of the House in Philomena
33
Is the face on the front of the truck a Marvel approved likeness of the Green Goblin?
2
Why was the New Orleans flag altered in NCIS New Orleans?