I saw a movie about a year ago where there was a relatively simple shot of an SUV taking an off-ramp on a freeway. It only lasted a few seconds (5 - 10).

When they went to commercial, they had one of those DVD on TV or other clips where they show a Behind the Scenes of the making of the movie.

I was astounded to find that the shot was actually faked. Instead of having someone drive an SUV and have a camera in a helicopter (or, nowadays, a drone), they actually created a small scale replica of part of the city (similar to the pic below except simpler). 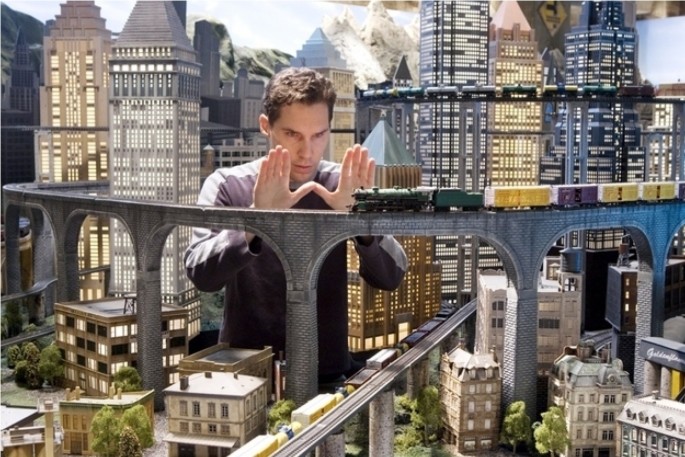 As far as I could tell, this was only used for this one shot.

Why would they do this? Is it really cheaper to have someone build all the miniatures or is it just easier to control? Or does the studio have a miniature department so might as well use it?

I don't think the actual movie matters, as the Behind the Scenes clip implied that this was normal - not extraordinary. That said, I think the movie had Julianne Moore and possibly Nick Cage (Next?).

There can be multiple reason for such idea like :

Not the answer you're looking for? Browse other questions tagged film-techniques film-industry .

24
How are underwater scenes in movies filmed?
12
Why are most scenes in a car recorded with chroma?
6
How are slow motion Holi scenes shot?
8
How are death and autopsy scenes filmed?
4
How do they shoot helicopter/aeroplane blast/crash scenes?
7
Why do deleted scenes have poor quality?
18
How did they film the nuke explosion in Broken Arrow?
2
Were Morgan Freeman's scenes filmed separately and spliced in later?
19
Are actors contractually obligated to certain things like going nude/ Sensual Scenes/ Gory Scenes?