How realistic is Mark Watney's self-operation?

After returning to the Mars station in The Martian, Mark Watney self-operates his wound. How realistic is that self-treatment?

Here is the basic sequence of events, along with screen shots. Please note that some of these are PG-13 graphic, but relevant to the question. If screen shots of realistic injuries are not your thing, please look away. 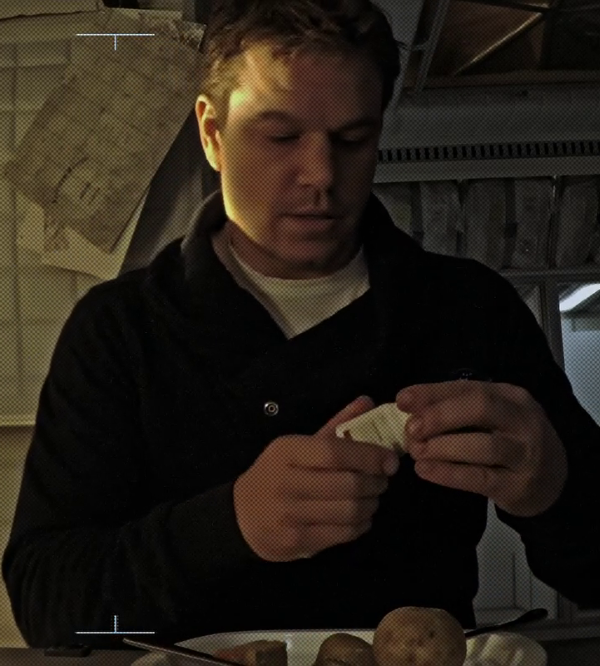 When discussing the realism there are a few things to keep in mind:

Based on what we can assume about Mark's medical training and what tools he used, it appears realistic to me.

All screen shots are Copyright (C) 2015 20th Century Fox, used here under the Fair Use provision of U.S. Copyright law.

Stapling a dirty deep wound like that is a death sentence. That would probably require wet packing to reduce infection risk, along with antibiotics.

Not the answer you're looking for? Browse other questions tagged realism the-martian .

25
How did NASA figure out Mark was still alive?
1
Why couldnt the crew land on mars to pick Mark Watney up?
11
Does Mark get fuel to make water from the rocket that the other crew members had used to escape?
4
How far did Watney drive to get to the Pathfinder in “The Martian”?
4
Why did Hermes leave immediately?
4
Was the Iron Man scene in The Martian realistic?
34
Why didn't Mark Watney start digging downward?
5
Why does Mark lose so much weight in the end?
4
Why does Mark say he hasn't had a shower for a year and a half?
2
Colonizing Mars with Crops