Did Batman Beyond's version of Superman have any inspiration from previous works?

In Batman Beyond S03E06/07, Superman appears in a very different version of his costume and looks a bit older, as shown below:

But it was never made clear why he is wearing such a different costume without even the "S" and it was not even mentioned in the DCAU before as per my knowledge. Was it a fresh idea/attempt or is it based on some previous work in any other medium? Was it ever supposed to be explored in the DCAU any further?

Superman has a long history of suit changes. It's not often explained, sometimes what if/alt universe costumes, and some go with more stylized emblems than others. (Click for Detail) 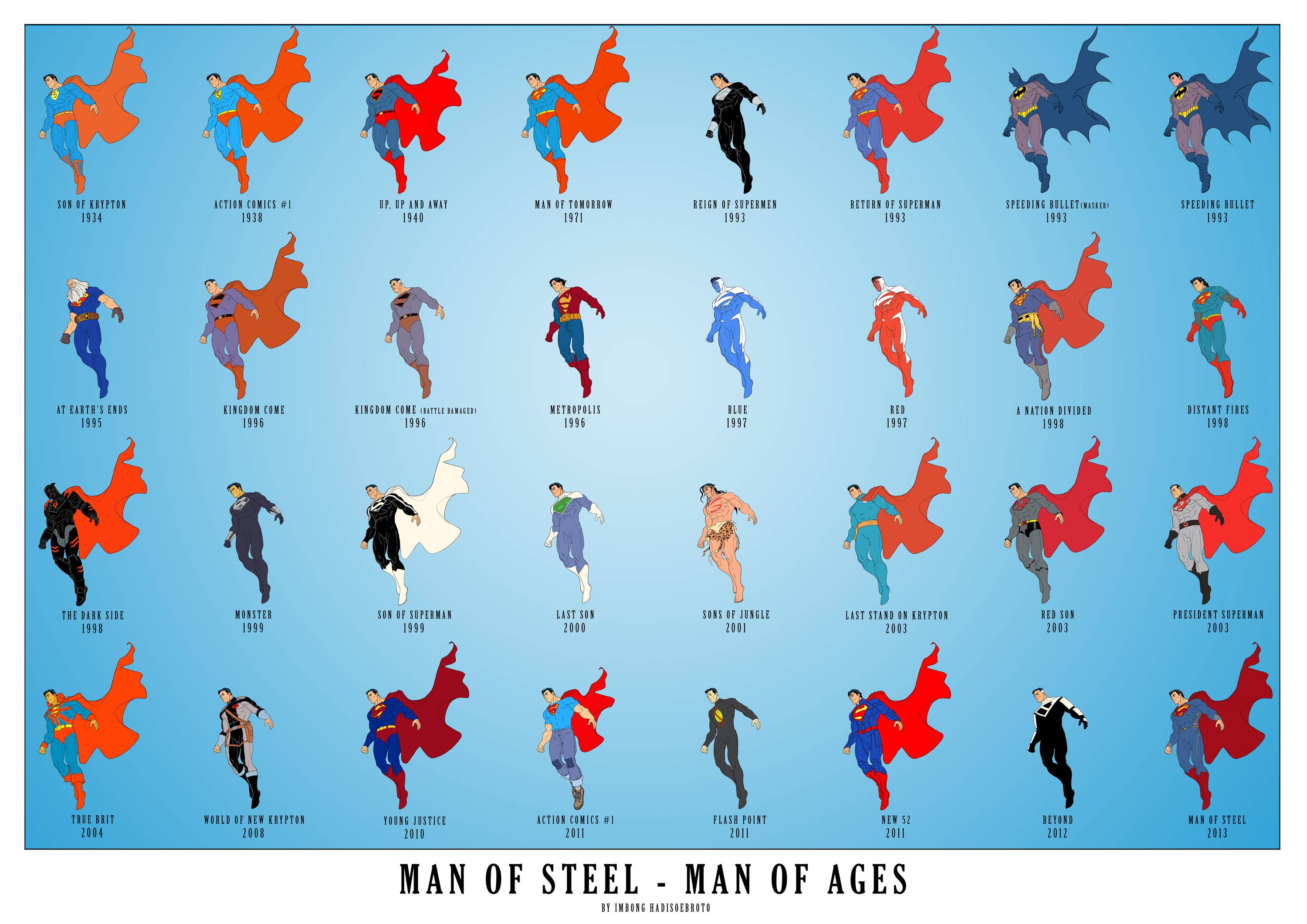 Notice the 93 Reign, 97 Red/Blue, and 99 Son of Superman. Single color suits that lend themselves to the Superman Beyond costume shown in the 2000 Episode of Batman Beyond. That suit was later brought to the comics when Batman Beyond returned in 2010, with a Superman Beyond spinoff as well.

Notice the Kingdom Come and Red/Blue logos. Extremely stylized, with the S shape blending into the borders. 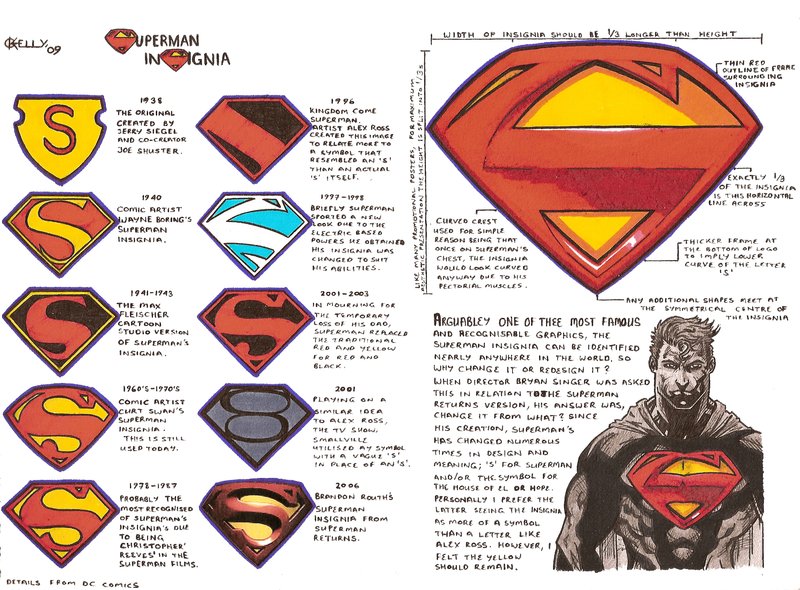 It's these recent (relatively speaking) costumes that the artists drew upon for the believed to be one-off cameo of Future Superman.

As for the S not being there, you are mistaken. Like the others, the S is just stylized into it's surroundings. Think of it as a magic image. Marvel at my Super Editing. 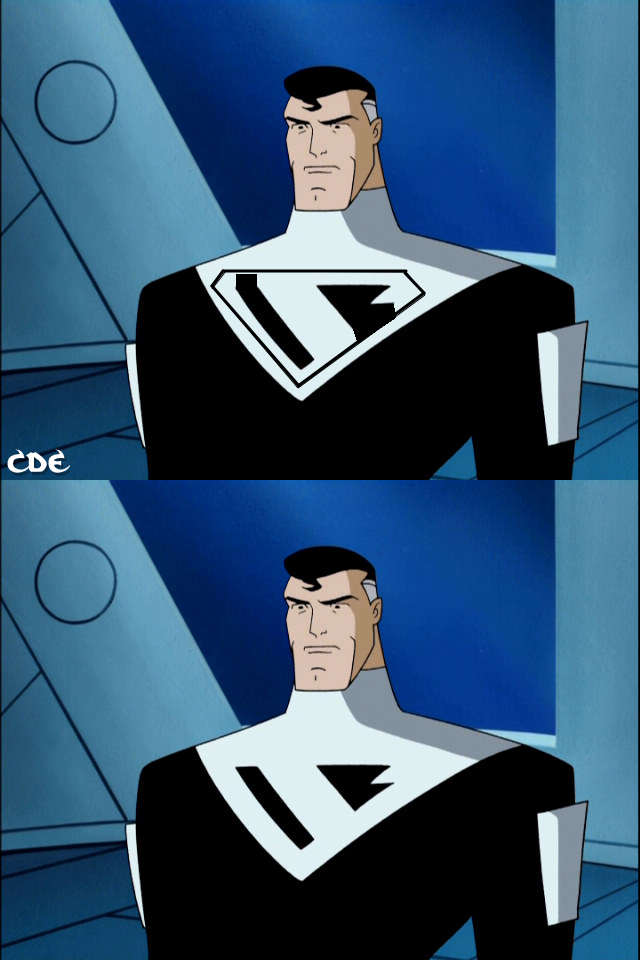 As to an in-universe answer, there is none. None were given, and considering the series is decades past-main continuity, it's likely just a change of pace/boredom issue. Likely why Batman went from Black on Yellow to Yellow on Black to Just Black to Red logos. Gotta spice it up a bit, and if the 90's costume musical chair is any indication, gotta do it often.

When we first meet Superman in "Batman Beyond", according to "The Call" parts 1 & 2, he has been under Starro's control for years. Perhaps that alien's fashion choices were not as pleasing to the human eye as Kal-El's.

Not the answer you're looking for? Browse other questions tagged dc-animated-universe batman-beyond .

3
Why did Superman have a reversed symbol in some episodes of "Superman: The Animated Series"?
8
What is the significance of sex scene in Batman: The Killing Joke?