Why does Caleb get locked down in Ex Machina?

In the movie Ex Machina, Caleb reprograms the security system to unlock all doors when there is a power cut. When the 10PM power cut happens Ava gets out. In the end when Caleb is locked in, he tries to access the computer. At this time there is a power cut. Shouldn't this have triggered all the doors to be unlocked for him to escape? Instead we find Caleb smashing a locked door with a stool, which means the doors didn't unlock when the last power cut happens. They don't show Ava changing any security protocols or anything. How come the doors don't unlock?

It's a little clearer in the screenplay that the computers shut down, not because the power had gone out, but because Caleb attempted to use his own access card in the card reader. Since the power was never out, the doors remained locked.

He runs back to the monitors. On them, AVA has reached the MAIN ROOM. She walks straight to the smashed window. And steps through.
CALEB sticks his card into the slot by NATHAN’S computer. Instantly, all the screens die. Replaced by a single word. 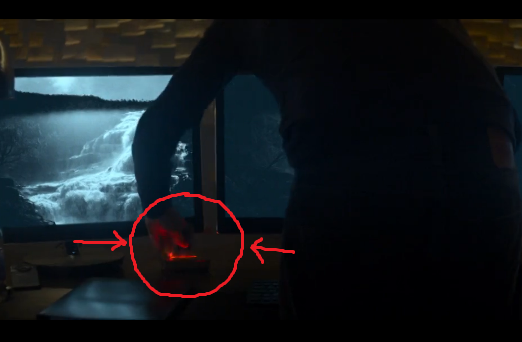 It is because Caleb programmed the room of Nathan to remain the only room locked after 10pm so that Nathan stays locked while they escape...

Not the answer you're looking for? Browse other questions tagged plot-explanation ex-machina .

7
Why was Elsa locked up in Frozen?
28
Why did Ava behave like that with Caleb?
6
Why would Caleb write code with comments?
12
Why does Ava ask - “will you stay?”
28
What does “Ex Machina” mean?
8
Why did Caleb try to get Nathan drunk the second time?
1
When does Caleb Haas' alter ego Mark Raymond appear?
14
Why does Sherlock get angry?
3
Why did the A.I. defy its creator in Ex Machina?