How is this shot in Batman made?

In the 1989 movie Batman, the Joker is seen falling and the images make it seem like it was animated.

How was this done?

I am talking about the images of the Joker himself, which are not photographs or an actual film of Jack Nicholson, but rather seem like a drawing that is animated, or claymation. When looking at the hands we can see they might not have been made from film but from drawings as well (or the result of heavy edits to brighten footage?). 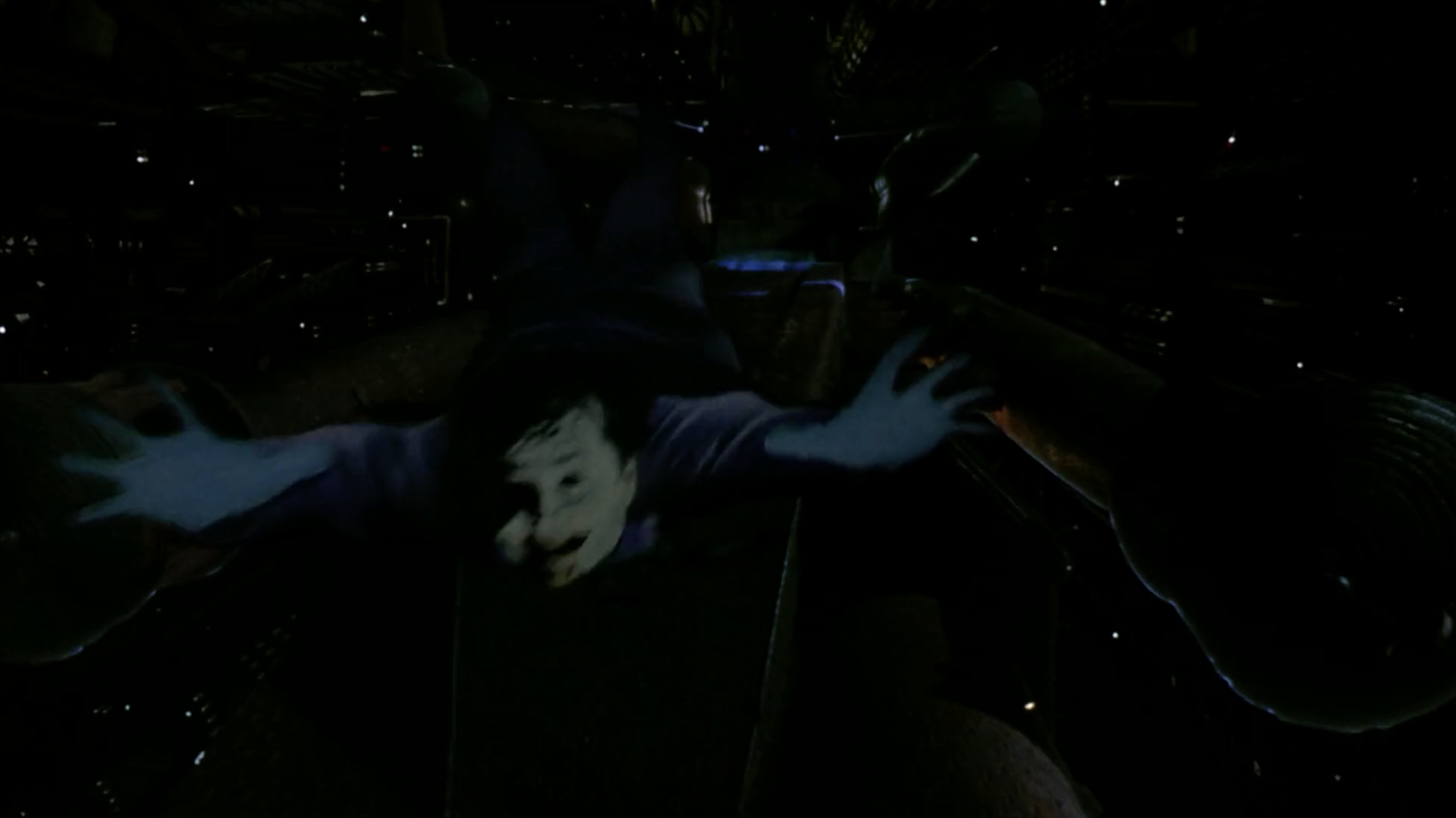 This shot of the Joker looks to be done with a sort of Screen Printing, a method of printing. The shadows created on the Jokers face look very similar to images created with this technique and would give this same look as his hands do.

In this process of Screen Printing, each individual layer and color are printed at a different time helping it look animated and also helping his jacket and hands pop even more. This picture is of another screen printed image and has an almost identical shading done to the facial features: 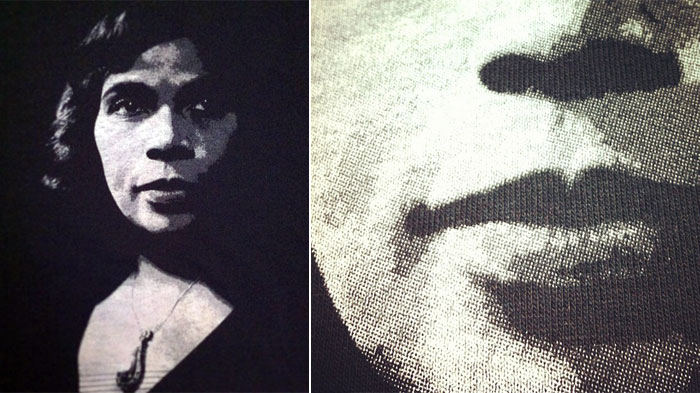 this process could have been done onto the film of the empty background image. They just made the Joker smaller and smaller in each frame to give the illusion of him falling.

Here the film is projected onto a glass screen frame by frame to allow an animator to draw over each frame onto a transparency which could then be overlaid onto the original film and re exposed to create a new combined image, a process similar to cel animation.

This can either be done in positive or negative for example the lightsabres in the orginal version of star Wars are rotoscoped in negative by creating a mask whcih was slightly offset form the original film and re-exposed to create the diffuse glow essentially by over-exposing a controlled area of film stock.

Indeed some processes involve scratching directly into the negative.

18
Zoom actor in while background out? How is this effect called and made?
18
How are dual-role films shot?
4
Is this Jack Palance in the Smylex commercial?
5
Who designed the Batman balloons?
29
How was this scene in Jurassic World shot?
4
How was this opening title sequence from Atkinson's Maigret made?
3
How are scenes shot in burning buildings?
68
How is this practical and very old scene shot?
5
What age would Jack Napier (The Joker) be while fighting The Batman?