How does the "Sandy Claws" mixup happen in "Nightmare Before Christmas"?

So, I'm re-watching The Nightmare Before Christmas, and despite whatever lies and exaggerations he tells the citizens of Halloween Town, Jack seems to genuinely believe that Santa Claws - or "Sandy Claws," as he mistakenly thinks - has actual claws instead of hands. (He seems to actually be surprised by the lack of claws when he meets Santa in person.) This despite the fact that Jack sees Santa Claws in person - or, at the very least, Santa's clearly claw-less shadow - during his first, accidental visit to Christmas Town: 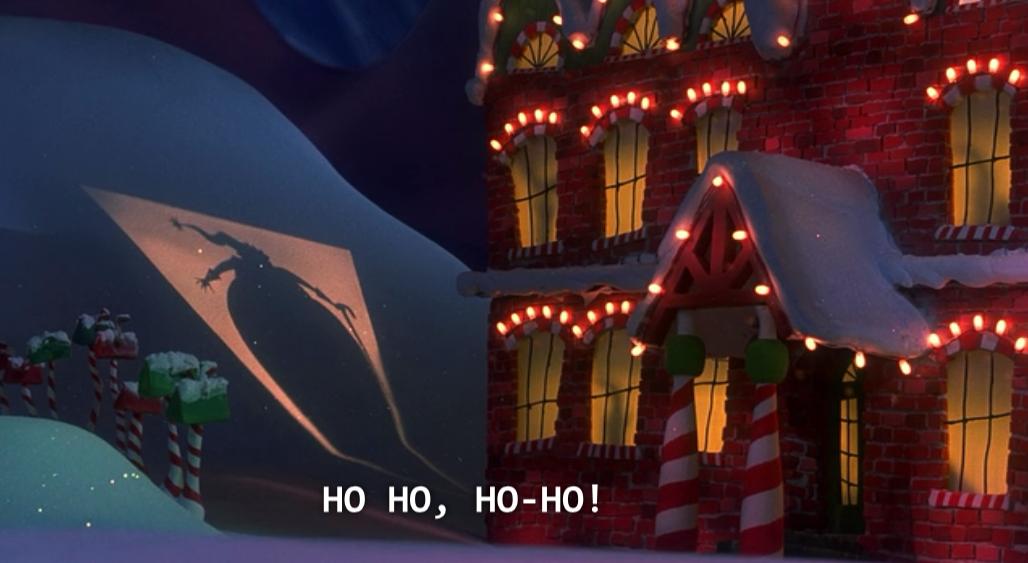 Was this merely continuity error on the part of the animation and/or screenwriting teams? Or had they meant to make Santa's hands look more claw-like in his shadow (slash, was Jack intended to somehow mistake the cane and such in the shadow for being part of Santa's hand/"claw," despite its lack of actual/practical resemblance to a claw)? Was Jack just really good at lying/putting on a show on that front (i.e. he didn't actually believe that "Sandy Claws" had claws, but he was putting on a show for the rest of the town)? Is there a different explanation that I haven't thought of?

Jack, a citizen of Halloween Town, grown and raised there, has Halloween Colored Glasses. His POV in life revolves around Halloween. His thought process is spooky and scary and everything that goes bump in the night. The song in which your screen capture comes from revolves around Jack's Culture Shock, trying to figure out What's This? in regards to the very non-spooky Christmas Town.

You tell someone that has never heard of Christmas, who's mind is set on Halloween, that a magical person called Santa Claus exists, what is the first thought that they will fix on is Claus, which is a homonym for Claws. "When you're a hammer, everything looks like nails".

That said, the video above, when Jack first sees the Shadow, is at a distance, and the Shadow bounces a little, and the fingers definitely elongate to a claw like shape. 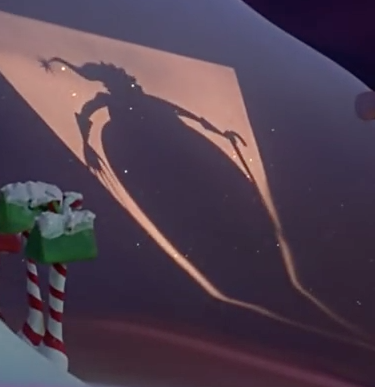 Jack is not trying to deceive the Halloweentown citizens. He does want to convince them to join him in his endeavour, as he needs them to help "make Christmas".

His motive is he is tired of Halloween, which he just did the "best yet", but doesn't want to do anymore. When he sees the doors in the forest, they are something he hasn't seen before. Christmas is new to him, and therefore has his interest.

He believes he is helping give Santa Claus a well-deserved rest, and that the children will love his stewardship of Christmas. He does realize he may not entirely understand it, but is willing to do it Santa's way. However, the townspeople just don't get it, so he "gives them what they want." In this respect, Jack is more open-minded than the townspeople. But still he has his blind spots.

Which is to say, Jack does not intentionally hurt anyone, but inadvertently does. He is actually surprised that Sandy Claws does not have claws, he was not feigning surprise.

Jack's entire world view is from Halloween Town. Sandy Claws having actual claws makes total sense to him. Seeing the fleeting shadow lacking claws was such a minor departure from 'reality' that it may not have even registered on his conscience. However, when he meets Santa Claus, lacking the claws, it finally registers.

Not the answer you're looking for? Browse other questions tagged plot-explanation the-nightmare-before-christmas .

16
Why does Dr. Lamar go along with Vincent's deception