How did Cooper send a formula through the watch as Morse code in Interstellar? [duplicate]

How Cooper did send a formula through the watch as Morse code in Interstellar?

There are no translations for the mathematical symbols she writes down on the board after getting the "formula" from the watch. 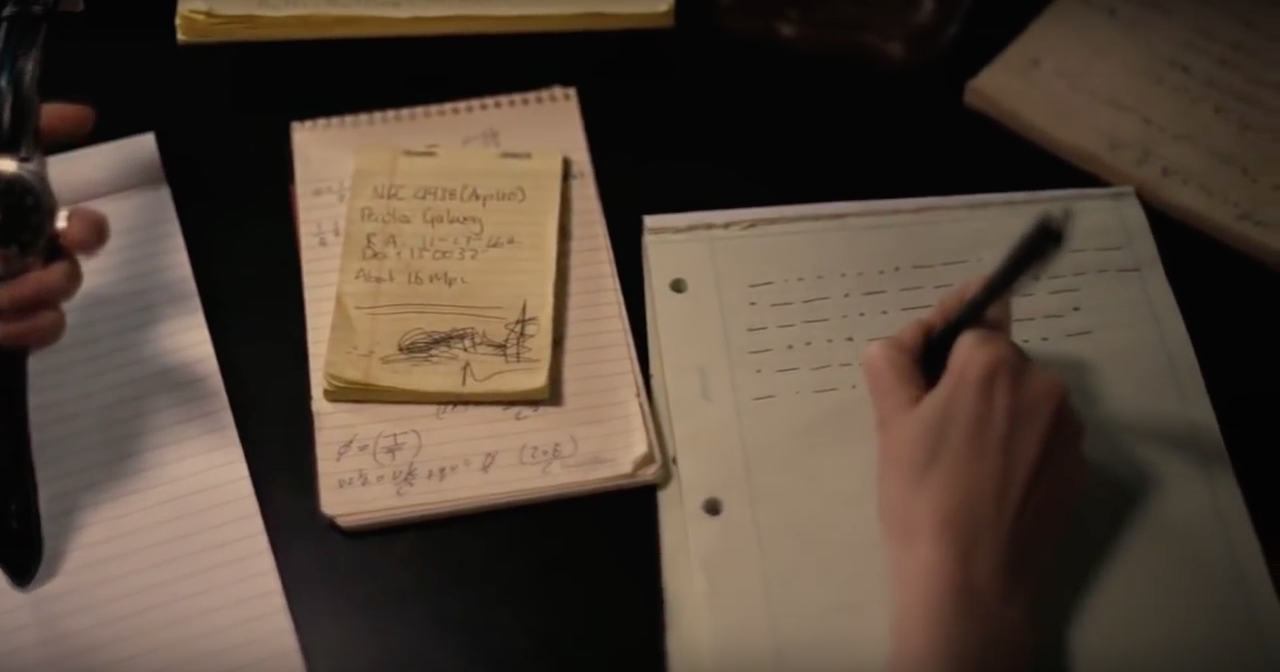 Here we see only a fraction of the message as she decodes it. What's visible is (May not be 100% accurate due to her hand):

translated into, well, nothing. No space marks or word marks are given. Considering that pauses are as important to morse as the Dit and Dah are, that's a goof. We can't tell from this where a letter starts or ends. Some morse is special, like the universally understood SOS, which is not actually the letters S, O, S, ...Pause---Pause... but a Prosign ...---.... (In Morse code, prosigns or procedural signals are dot/dash sequences that do not represent text per se, but have a special meaning in a transmission: they are generally not copied down; they are a telegraphic form of control character.)

Since we know that TARS is the source of the morse, being a competent military grade machine, he would have included the pauses when translating to Cooper. So the failure is in Cooper's control of the watch, Murphy's writing or understanding of morse, or most likely, a filming mistake.

Next We see that Murphy has pages of notes, probably pure morse code when she starts to write on the board. 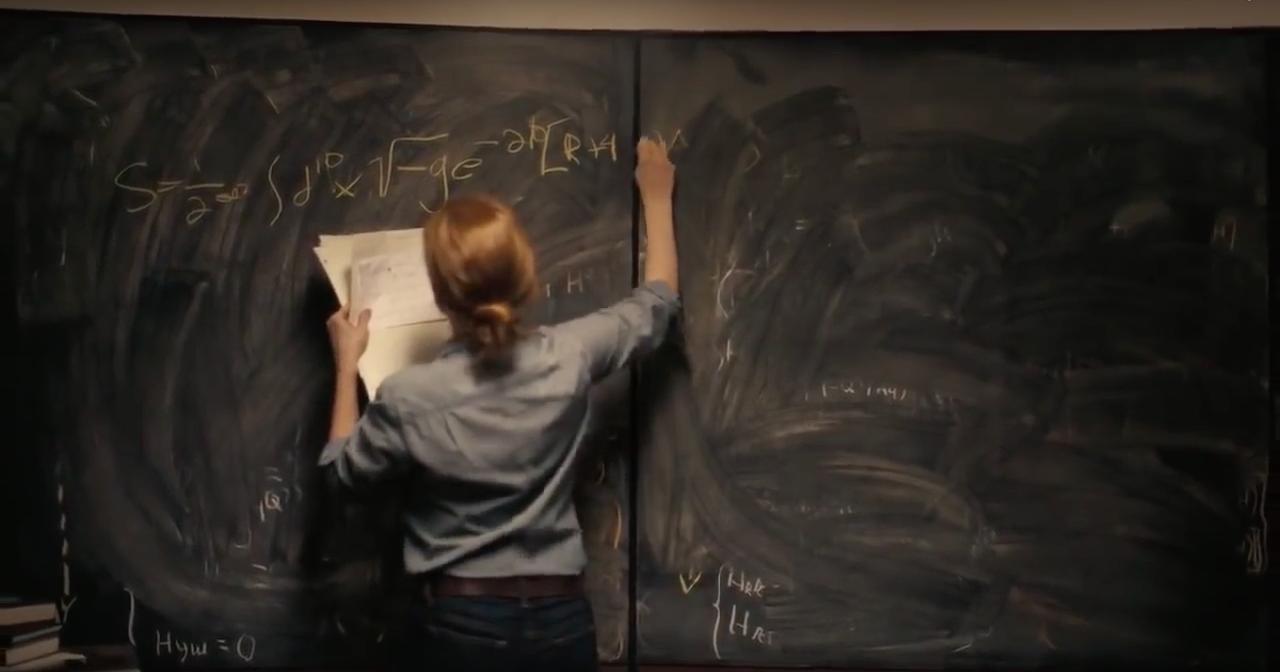 This only seems to be part of the equation, so we don't know how long it really is.

Keep in mind that Brand Sr.'s equation is pretty small itself. It took only a single line on a single blackboard, with some sub-formulas. 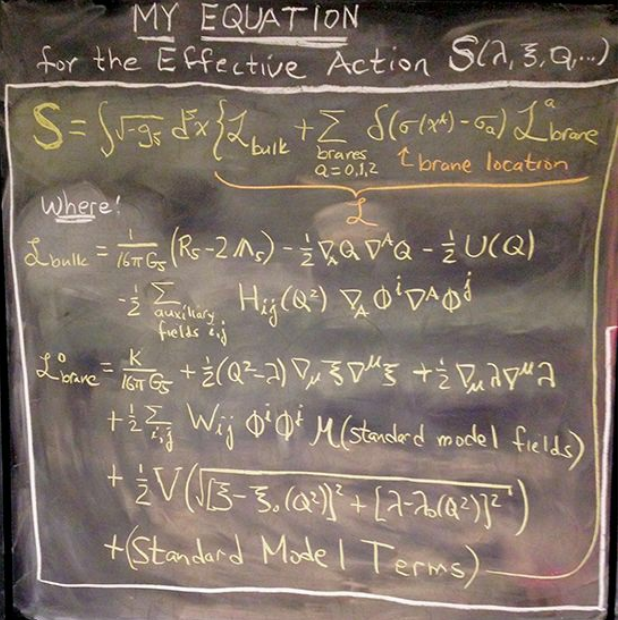 And since Murphy starts with S = same as Brand's equation, we can't be 100% sure she's writing the data that Cooper sent, or if she has already plugged it into the equation in an intuitive fashion.

That said, let's just assume what she's writing on the board:

Each symbol has a name. ∫ is "Integral of", d10x is 10th "Derivative of X". √ is "Square Root of" or "SQRT". ^ is "Caret" or "To the Power of" or "Pwr". Every Single Mathematical symbol has a plain english (or greek) name, which can be a mouthful, but can be spoken, and as such, communicated. The greek symbols can be spelled out, so Cap Sigma or lower Epsilon. Even the weird curly L is Lagrangian.

Could be written out as:

In morse that would be:

Very short, and easily sent via morse. With some intuitive guesses by Murphy (She's pretty damn smart), even a ugly message like above can be understood. Context is everything. Obviously this is only part of the message, as Murphy has pages of it.

32
How did the watch do what it did?
7
How did Cooper send the quantum data?

32
How did the watch do what it did?
34
If Cooper wanted to stay, why did he send the NASA Coordinates?
9
Why and how did Cooper suspect that Amelia Brand had intimate feelings for Wolf Edmunds in Interstellar?
2
How can Murph look so young after all this time?
7
Why didn't they send more complex data through the wormhole?
5
How did Ki-taek know that his son Ki-woo would decode the morse?