I am looking for a horror movie that I saw as a teenager in the 90s. So it is probably from the early 90s, maybe 80s.

It was about a family living in a rural area, and some chemical agent was released from a factory. That infected people, and made them act like crazy before dying.

The was a scene when a guy was hunting kangaroos with a metal boomerang, and ate some part of it. The hunter looked like the usual redneck.

Also the kid of the family was doing some skateboard in a half pipe, alone, until he fell, broke his legs, and was left to die there.

And the father of the family gets infected, and has some organic stuff growing in his throat. It scratches him so hard that he stops at a gas station, and drinks some detergent until his death

The presence of a kangaroo makes me think it may be Australian.

Does anyone have an idea about that movie?

The Australian horror movie Body Melt from 1993. From Wiki:

The movie is about the residents of the small town of Pebbles Court who are the unknowing test subjects for a new variety of "Vimuville" dietary supplement pills that arrive for free in their mailboxes. The pills are designed to produce the ultimate healthy human, but have unexpected side effects including hallucinations and mutations.

Everything you mentioned is in there, with a few inaccuracies (I don't think it's a boomerang he throws, and the kid is on rollerblades). The trailer is here [WARNING: Contains Nudity]. 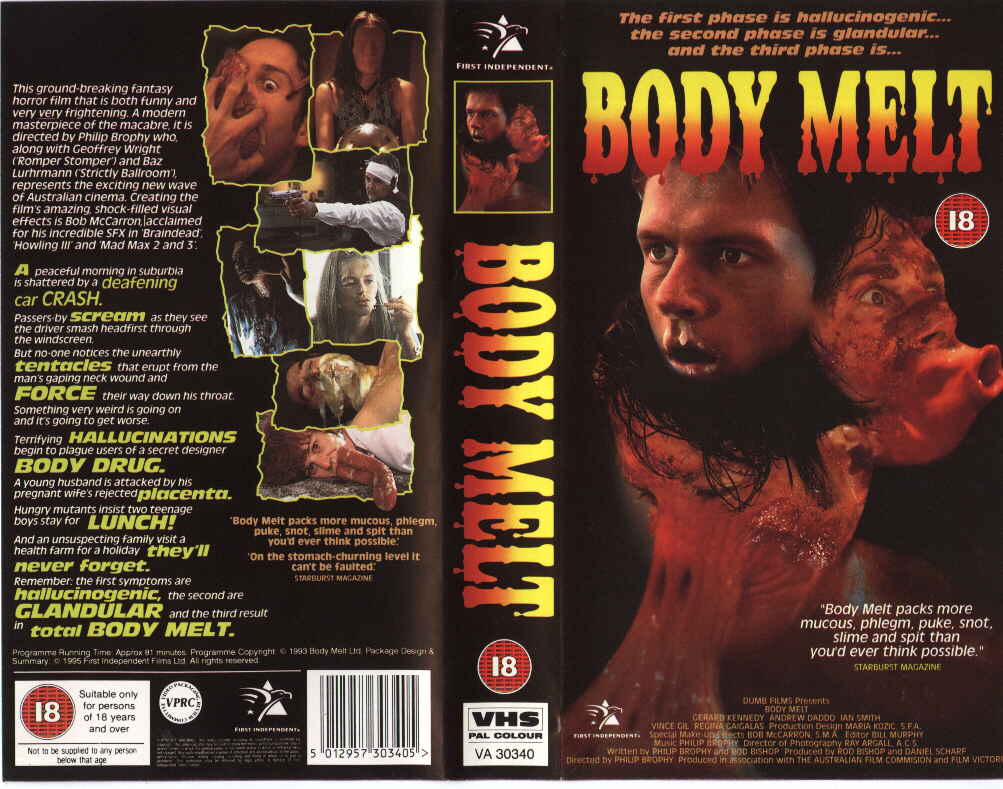