Are body doubles ever listed in movie credits?

Are body doubles (or any of their variants, such as stunt doubles or talent doubles) listed, together with the character they played, in the closing credits to a movie?

Not sure how common it is, but Avengers- Age of Ultron does. The Stunt Doubles for Stark, Thor, Cap, Hulk, Hawkguy, and the Vision (just as "Double" not "Stunt Double") are listed.

Black Widow has 2 Stunt Doubles AND a Body Double (Due to Scarlett Johansson's baby bump). 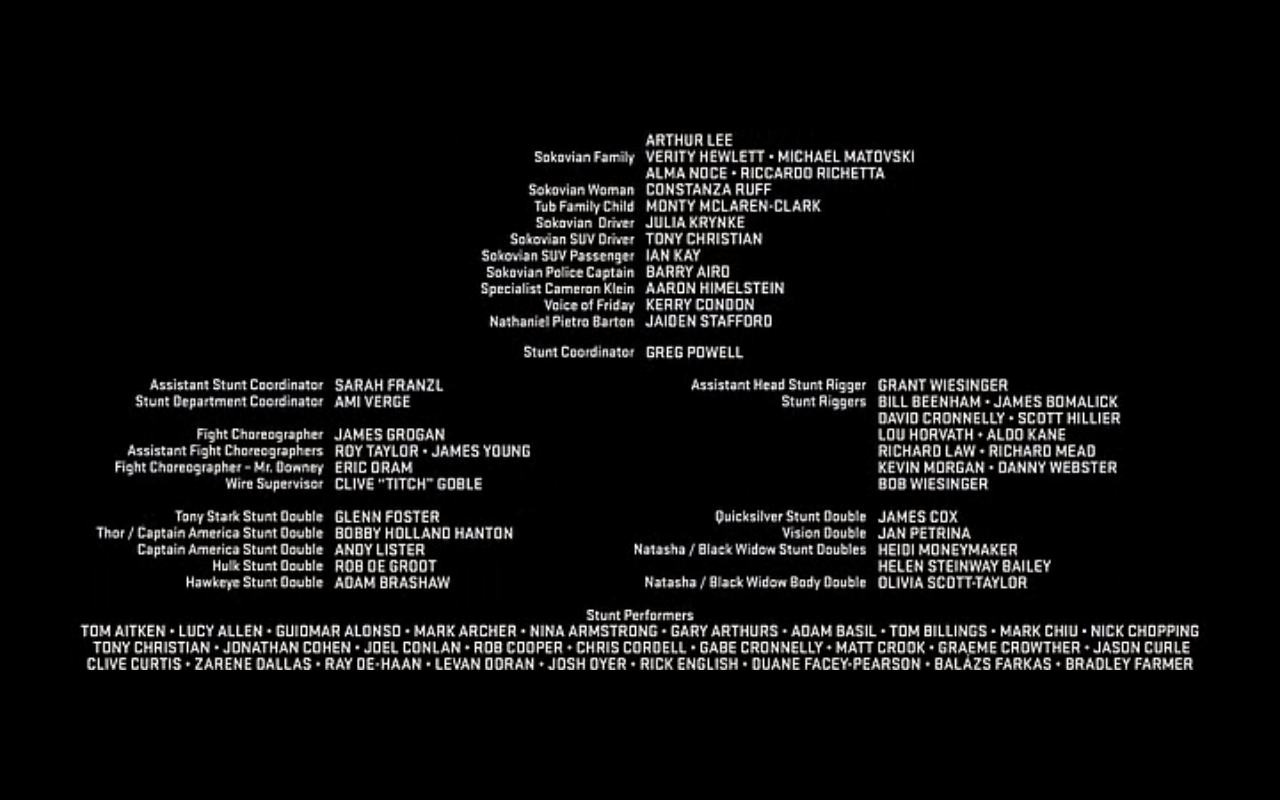 Of course, on the other hand, Furious 7 was called out because they didn't credit many stunt performers:

Sources directly connected with production tell us, the 2nd unit crew was responsible for all the major action ... including the parachuting car scene and the mountain road chase. We're told the stunt team members feel like they were "punched in the gut" when they realized 25 members of their team -- many of whom risked their lives -- were left out of the credits. And get this ... Paul Walker's 2nd unit stunt double -- who was inside a bus as it fell off a cliff -- was uncredited.

This is likely hit and miss, based on Union standards and individual contract negotiations. Length or amount of doubling required probably affects it. Body doubles for popular stars isn't exactly a dime a dozen market. Someone standing in for a single butt shot wouldn't merit the same credit as someone standing in for every punch thrown.

Not the answer you're looking for? Browse other questions tagged credits .