I have recently watched Silent Hill again, but I couldn't really understand its ending. Rose and Sharon seem to be forever trapped within the foggy dimension, but neither of them seem to really understand that. They are no longer in Silent Hill, but neither are they in the "real" world. Sharon seems to be possessed, but the ending is very vague about everything. I have read some opinions on IMDb, but neither were truly answering my question, or else I wasn't able to understand them. Are the games vital to the understanding of the movie (I have played none of them)?

Yes, in the movie, they are in different dimensions. When they go back home and Christopher is in the same room, they cannot see each other. Also the color of the scene is different to suggest that (that is the same chair): 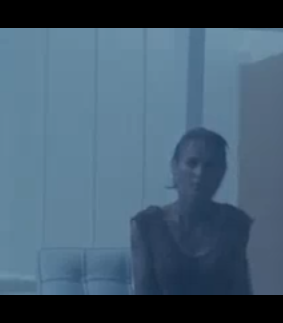 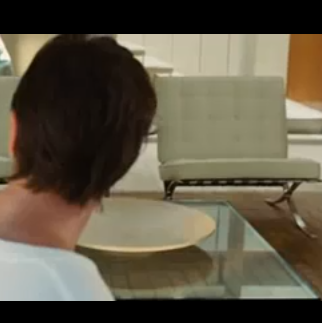 One theory (I cannot find some backup canon sources) states that they stay there because Alessa doesn't want them to leave. I'll add something if I can find some definite answer to this.

It's shown in the sequel that Sharon's mother transported her back to the real world through the mirror using an amulet and she herself remains in the silent hill to distract but things doesn't stop there...

I do not really think that the video game series is vital to the understanding of the movie Silent Hill.

In fact, concerning the Silent Hill games, there are several of them, but they all deal with different stories.

For instance, the 1st game Silent Hill deals with a guy named Harry Mason who searches his adoptive daughter Cheryl after a car accident, while the game Silent Hill 2 talks about James Sunderland who decides to go to Silent Hill town after receiving a letter from his deceased wife Mary.

However, even though all the games have different stories, they still have common things like:

When playing a given game, you may find some references to another game, but these do not consist in a essential link to continue your quests and to succeed in the game.

When watching the movie, you notice that the adaptation shares similar stuffs coming from the video game series, but the story remains different.

Considering the end of the movie, I think that they wanted to keep this ambiguous feeling and let the spectators decide what would be the ending. So, it would be up to us to decide what happens: they may be still trapped in this hell dimension, or they might be possessed, or they might be trapped in their mind or some kind of nightmare (I think that in one of the video game, there's an ending where you finally understand that the main character was actually insane or in a coma... I will have to check that.

I believe that they're dead and in purgatory. When they're in the church or whatever, Rose screams, "you're all dead, you died in the fire" and it's plausible that Rose died on her way to Silent Hill. The characters can obviously die, which could mean that they passed on to another stage of the afterlife. At the end of the movie, they try to return to their home but can't exactly go home, i.e. return to the real world and the weather is unseasonable, with the snow and fog but the dude at the same house is sunny (as seen above) so they could be dead and in purgatory?

I think that when the evil of Alessa is moving towards Sharon she manages to get into Sharon the same way she does with Rose. This is partly because they are stuck in the dimension where Silent Hill is a twisted nightmare but also because of the elongated look that both Sharon and Dahlia share. There was something off about that, Dahlia is looking at her as she is identical to Alessa but Sharon has never seen this woman before. The way she was looking at her was off putting which leads me to believe that that is in fact both Alessa and Sharon at this point.

Dahlia tells us in the beginning that only the dark one could open and close the doors to Silent Hill. At the end when Bad Alessa was climbing the ladder and Sharon was supposed to keep her eyes closed but opened them they became one again so technically Sharon wasn't there anymore only Alessa remained. She allowed them to leave but not really. They are no longer in Silent Hill but they aren't in the real world either. They are in some foggy dimension instead.

I’ve not played the game but most movies don’t follow the source to begin with. It appears everyone is in purgatory, a limbo between heaven and hell. That’s why the road is gone to keep them trapped. Also that’s why they have partial peace and partial hell in their life. They have sanctuary in the church but once the evil got inside they were punished for the evil deeds they committed when they were alive. The mother, daughter, and the officer all lost their lives in the wreck in the beginning in the rain drenched road. That’s why they wake in the fog in the same purgatory.

Do you remember the part where? The mother told her daughter to close your eyes? (At the near end) She did not and she saw the demon girl(?). I think she wasn't supposed to see her then boom, because of that they are trapped.

I know this was posted 7 years ago, but I just recently watched this movie for the first time and my theory is that when they originally crashed at the start, Sharon and Rose, both of them died. The cop also died when she fell/flew off her motorcycle.

After that, they had essentially entered purgatory. There's a lot of clues to this like a hopscotch game you get a glimpse of early in the movie that just directly says "hell" written on it. Plus the fact that when it turns to "night", you can see the fires of hell down through the grates in the floor of the school.

So my theory is that they've entered purgatory, and "Satan"/"The Reaper" has kept them there to do a job. I think due to the cultist's church, the reaper wasn't able to take the cultist all the way down to hell and needed someone else to do it for him/her. So when Rose finally allowed the reaper to enter the church and damn all the cultists to hell, he released them back to the world.

But... Since they were already dead, and still in purgatory, they couldn't return to the real world.

Not the answer you're looking for? Browse other questions tagged plot-explanation ending silent-hill .