What is the meaning of the letter A?

Season 4, Episode 16 of The Walking Dead is titled "A". The previous episode is titled "US", making it a play on "USA" which is where the series takes place. Together, the two episodes show the main characters reunited ("us") but I am not quite sure what the "A" means.

The whole point of the episode is that

The main characters end up together in Terminus, but realize the whole place is one big trap. Rick recognizes his friends' gear on Terminus folk, then they are herded into a train car.

This is backed up by commentary on the episode in "Inside the Walking Dead" on the season 4 discs.

he (Rick) talks about snaring a rabbit in the first scene, and they're the rabbit

While the conflict and focus of the episode is blindingly obvious from the episode itself and the commentary from a primary actor and an executive producer, I am still not clear about what does the "A" mean? It is not just the title of the episode, it is in several important scenes:

The heroes are herded into a train car to be made into food for cannibals. Along the way, rooftop gunmen herd them by shooting at their feet (instead of shooting to kill) to move them into the train car. Multiple doors have an "A" painted next to them.

During the chase scene, the following doors with an A show up: 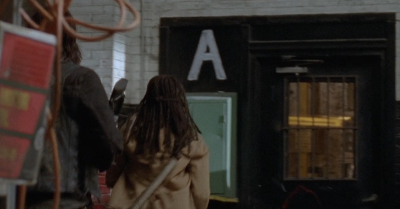 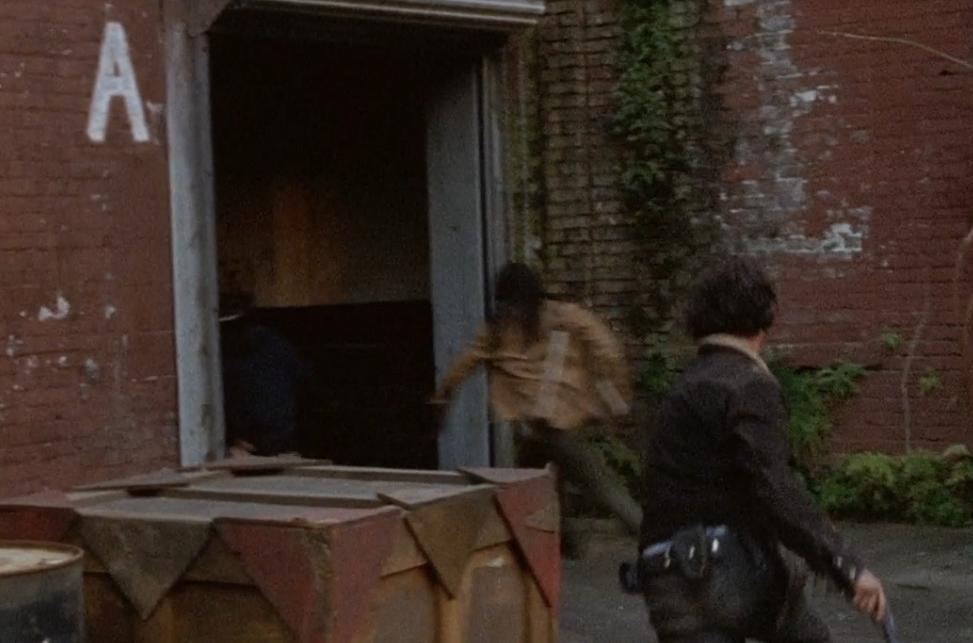 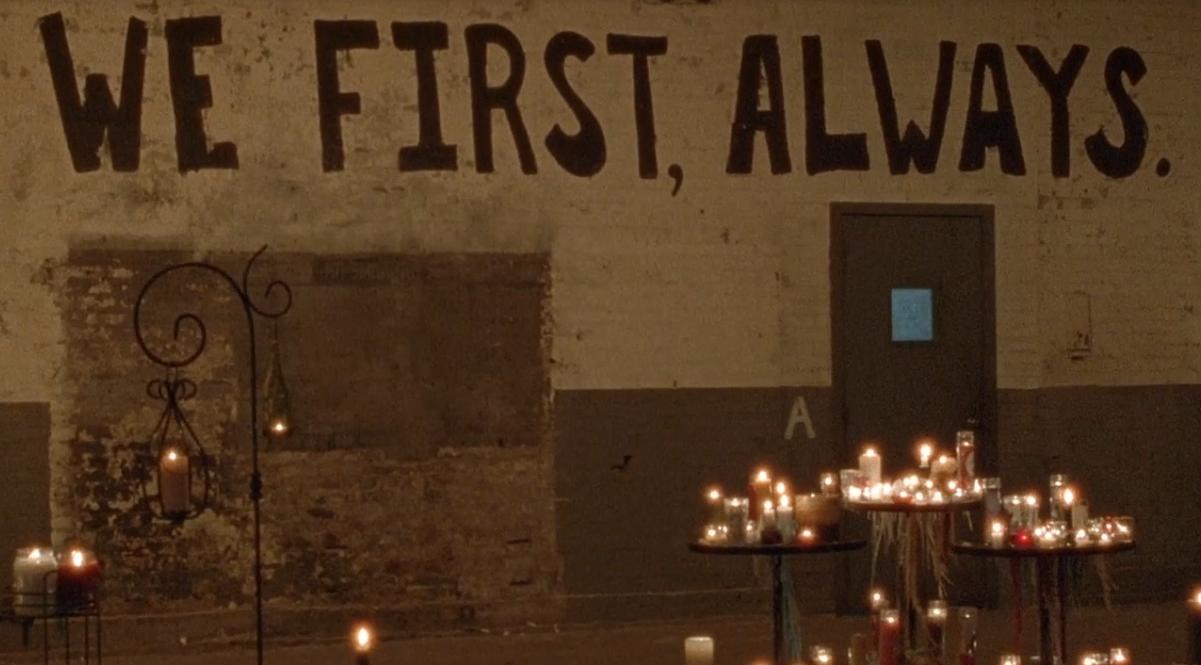 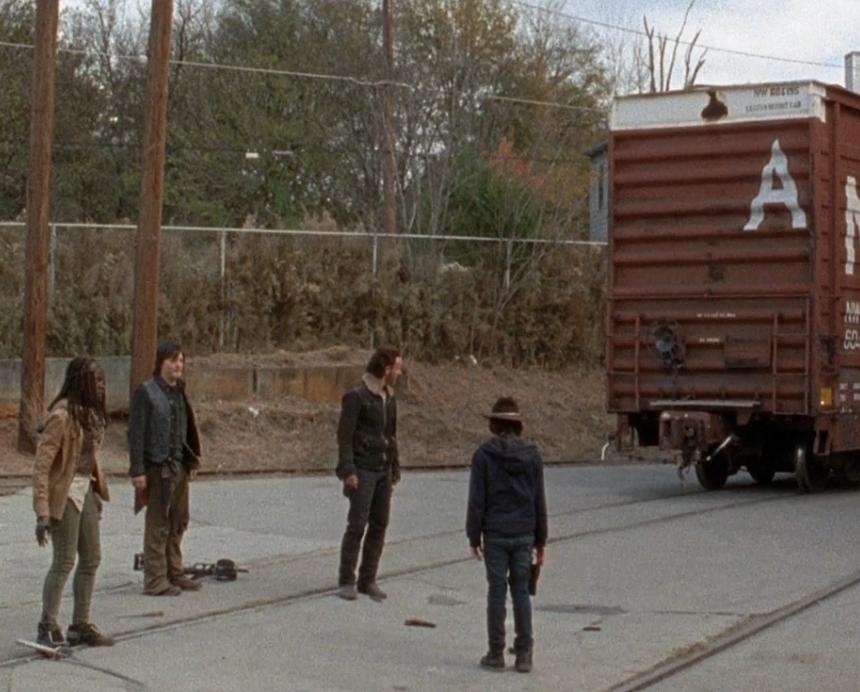 There appears to be no explanation as to what the A means in this episode both in the episode itself and in the commentary on the discs.

Furthermore, in season 5 episode 3 we see

Rick and friends leaving the the church to go ambush the cannibals, only to return right away and serve justice before they can eat anyone else.

Along the way, there is another A: 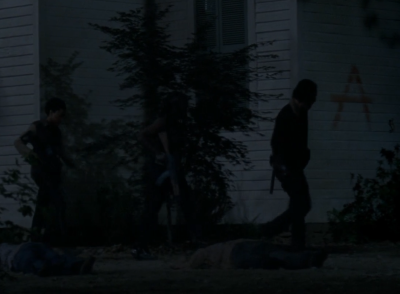 but there is little proof either in the show or in the commentary on the discs from the producers and actors.

What does the A mean: does it stand for something? Is it a mark that means something specific? What evidence is there, both in-universe or out-of-universe and backed up by credible sources such as producers or actors on the show?

You were looking for credible sources. I found one on the wiki page for the episode, a quote from the comic writer, Kirkman.

The wiki doesn't mention it anywhere else, so I would assume Occam's razor, the answer with the fewest assumptions is probably correct. It's just marking the train car they were trapped in.

Within the context of the show, the letter A seems to show up when the main crew have their control taken from them and need to get it back to avert death; e.g.:

Daryl's clothes as a prisoner are tagged with a big letter A (controlled by Negan, death by Lucille)

Section: A, is the designated hostile area inside Terminus, where victims get funneled in, trapped, held, then eventually slaughtered and butchered.

If you pay attention and listen carefully, this information can be gleaned from the tactical team's UHF radio chatter.

Also, it's why in the end, the cannibals, (recycling symbolism, I guess?) tag the church with an upper-case "A".