In the original story, which the movie takes its name, and is a loose adaptation of, the battle lines are drawn over the Superhero Registration Act, which is introduced after an explosion kills over 60 children. The explosion is caused during a battle between super-powered teams. The legislation would require anyone with super powers to register their real identities and abilities with the government. In return, they will receive training, and a license to use their powers.

The fact that heroes must publicly reveal their secret identities is a huge point, which serves as the initial primary catalyst for the schism. Iron Man and Captain America find themselves at odds, with Iron Man leading the charge for registration, while Captain America leads the resistance.

Last year, producer Kevin Feige explained that Captain America: Civil War is not about secret identities, as the comic version (largely) is.

He explained that the conflict arises over political/government oversight.

I don’t want to give too much away, but needless to say, the generalities of the act are the same. Something happens, perhaps it’s cumulative for things that have happened though all of the movies leading up to this point. It has made the governments of the world say “we need to have some oversight of these guys. They need to report to somebody. So it becomes more… it falls under that umbrella, rather than “you have to take off your mask.” It’s not about the secret identity thing, as much as it is about, overall, who reports to who, and who can agree to oversight committee. Because as of now, in Avengers 2, there is no more security council, there is no SHIELD, obviously. Stark is paying for it, Captain America is running it, and things occur that will make governments begin to question.

In addition to all the damage done in earlier Marvel movies, the Avengers appear to be involved in another international incident, resulting in "The Sokovia Accords"

The more recently publicly announced official plot synopsis for Civil War (warning massive spoilers within that link) matches that, specifically mentioning the accountability and governing body to control the team.

“After another international incident involving the Avengers results in collateral damage, political pressure mounts to install a system of accountability and a governing body to determine when to enlist the services of the team. The new status quo fractures the Avengers while they try to protect the world from a new and nefarious villain. ”

In this version, it appears that the two sides, largely led by Iron Man and Captain America will come to blows over just who, if anyone, should have oversight and power over the superheroes of the world. 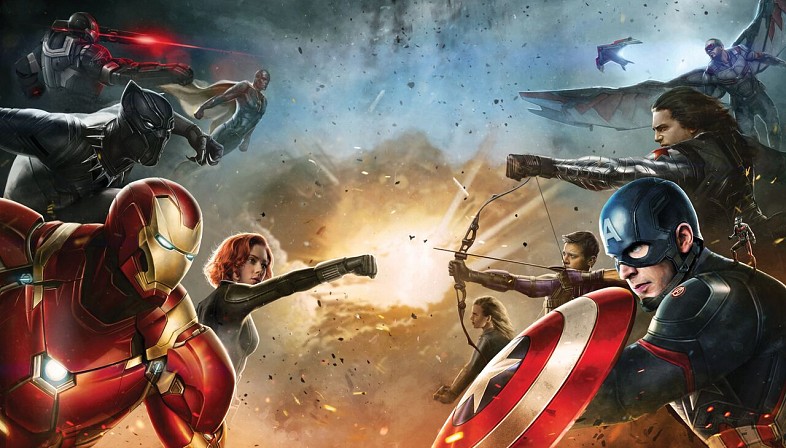 Steve came of age at a time when over-regulation by government and reduction of people's individual rights lead to deaths. (WW2, over-regulation) He doesn't want this to be repeated with rules been given to him and friends. Tony has always benefitted from a lack of regulation when it comes to his inventions, money, but post-Ultron he feels guilt that many died by his invention. He thinks regulation is needed now and he should be reigned in.

Then Bucky is captured and their differences are heightened with Steve thinking of him as a person to treat and help and Tony viewing him as a weapon to be regulated. Steve runs with Bucky due to loyalty, Tony chases to capture him as it is now law.

This difference becomes irrelevant once Tony is made aware Bucky killed his parents. Then he just wants to kill their killer and is in pure rage.

Zemo's actions all increase these tensions but Tony and Steve and their differences in worldviews would be intact without Zemo or Bucky but due to their actions, they have to then act upon their beliefs.

Below synopsis from Wikia covers the reason for dispute between Captain America (Steve Rogers) and Iron Man (Tony Stark):

Marvel’s Captain America: Civil War finds Steve Rogers leading the newly formed team of Avengers in their continued efforts to safeguard humanity. But after another incident involving the Avengers results in collateral damage, political pressure mounts to install a system of accountability, headed by a governing body to oversee and direct the team. The new status quo fractures the Avengers, resulting in two camps—one led by Steve Rogers and his desire for the Avengers to remain free to defend humanity without government interference, and the other following Tony Stark’s surprising decision to support government oversight and accountability.

-24
Why were the Avengers fighting each other?