Does this room exist in the Simpsons' house?

I found this cutaway of the ground floor of the Simpsons' house: 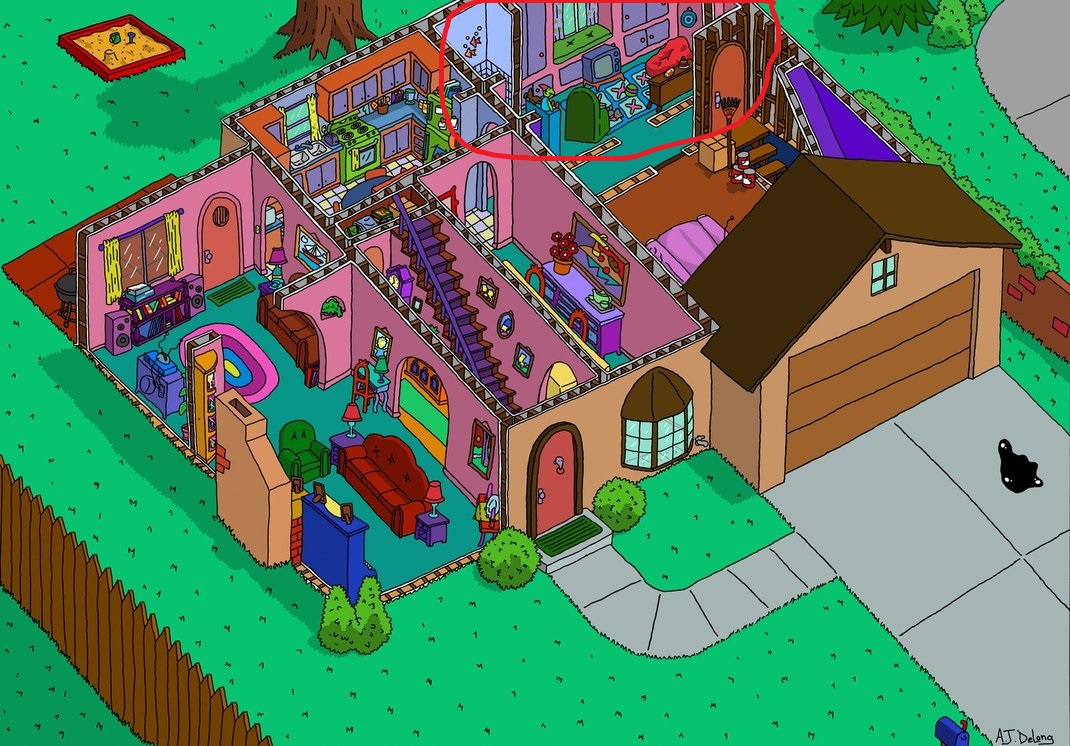 But, I don't remember the top right room in any episode. Does it really exist, or is it made for the cutaway?

This is the Simpsons' recreation room. It has indeed been rarely used in the series, but has appeared on the show a few times. Here's one of them (from Lady Bouvier's Lover, Season 5, Episode 21): 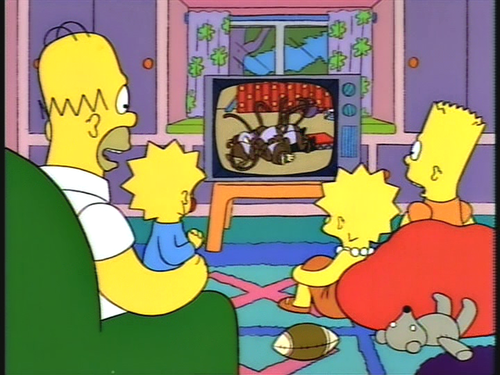 And here's another appearance, from Three Men and a Comic Book (Season 2, Episode 21): 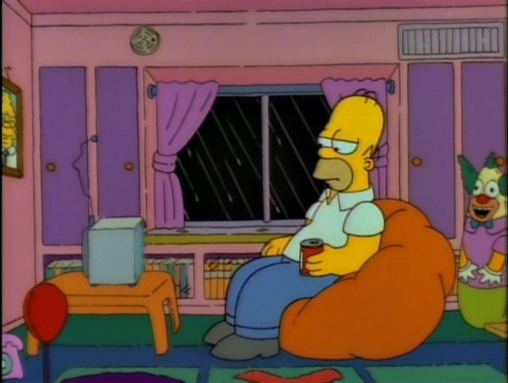 The fact that it is rarely seen was parodied in White Christmas Blues (Season 25, Episode 8):

Marge: Well, there's a rec room off the kitchen but sometimes it's there and sometimes it isn't. Our house is very odd that way.

It is on every episode. After the car eventually gets in to the garage the whole family runs and sits in that room in front of the TV.