How is Gideon able to capture people of Gravity Falls in appropriate camera angles?

It is shown that Gideon gifts the people of Gravity Falls with his badges which has cameras. These cameras record their activity. But people will wear those badges over their chest or keep it on table or shelves. But the recordings show the badges capturing exact angels. How is this possible?

It's not possible. Look at the angles. They would all have to be in the perfect spot, direction and view point to catch someone's face. 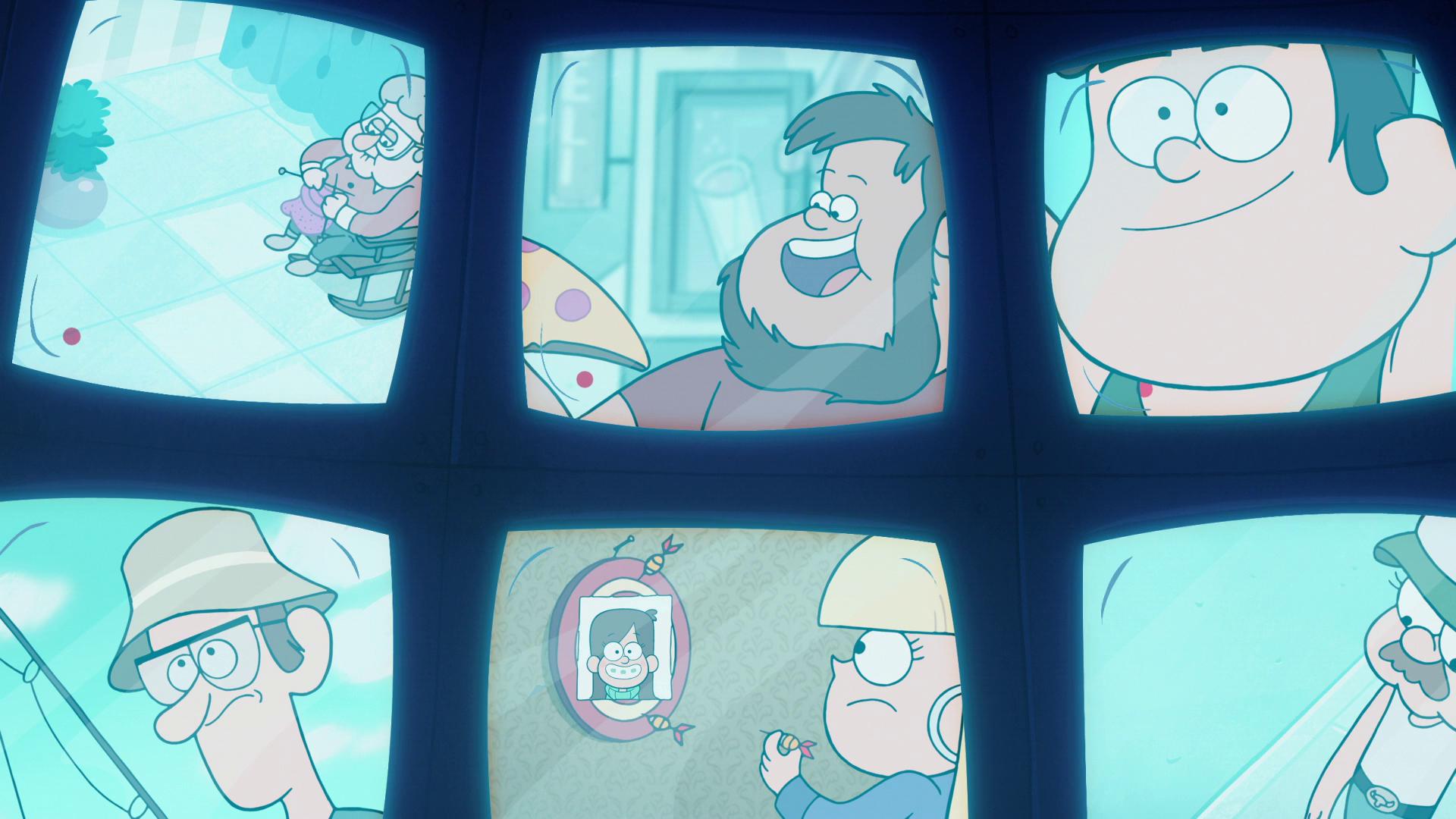 It's a cartoon. And all film mediums tend to ignore realistic camera angles for in-universe cameras 90% of the time, like using stock footage as "security video" when a security camera could never catch those angles.

Of course, a cartoon has less reasons not to do it right the first time but what can you do...

TV Tropes calls it Surveillance as the Plot Demands:

The bad guys have cameras everywhere. They probably also have Ominous Multiple Screens to follow all those cameras. Like some even-more-sinister version of Big Brother, they always know exactly where the heroes are and what they're doing, even if there's no possible reason for them to be able to. It doesn't matter if they're three galaxies away or five thousand years in the past, the villains can still find them. They can put anything that they want up on the big screen, making you wonder why they don't just give up on the bizarre plans for world domination and just surreptitiously blackmail every government in the world without the good guys ever finding out. Or at least you would if you weren't so busy trying to puzzle out exactly how Luthor managed to get a live feed of the Super Friends repairing satellites in outer space.

There is also Magical Security Cam:

In any situation where someone watches a recording of an event that the audience has already seen happening, the recording will — by the purest coincidence — happen to use exactly the same footage that the audience has already witnessed. That is to say, it will include all the same dramatic camera angles, pans and zooms as the original scene, despite that there's no way an in-universe device (especially a stationary device, like a fixed security camera) could have captured and produced such, well, cinematic footage.

Given the scenario of badges being used, and keeping the rationale to an in-universe answer, rather than chalking it up to a trope, it is entirely possible that multiple badges have been given to people. Rather than wearing these badges (or in addition to wearing a badge), people may be storing their badges on oddly-placed shelves, or keeping them on clothes they've taken off and placing those clothes on oddly-placed shelves, or on corkboards in room corners, etc. It's not out of the quirky atmosphere of Gravity Falls for locations to have an oddly-placed decoration. Also consider that certain animals are considered citizens (married woodpeckers), who would therefore be given badges, and they would be capable of reaching unusual angles. And no one is saying Gideon (a) is restricted to viewing from badges and (b) didn't covertly place badges in conspicuous locations in addition to distributing them.

Not the answer you're looking for? Browse other questions tagged gravity-falls .