Near the end of the movie, after they boarded the spider, Jim West (Will Smith) fight some henchmen of Loveless. When comes the turn of "Metal Head", Jim discovers that the guy is entirely armored and surrenders. "Metal Head" then raises his weapon to strike and... is electrocuted? 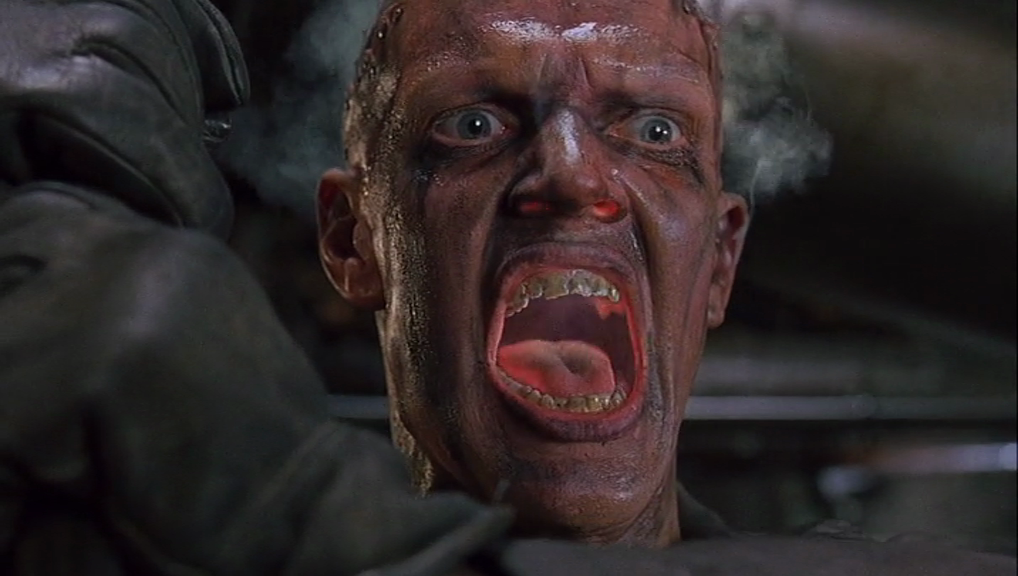 The way that Jim just calmly steps aside and lets the guy fall to his death tells me that it's what he had planned all along. But I really don't understand what happened. As far as I can see, he is not touching any kind of wire around. 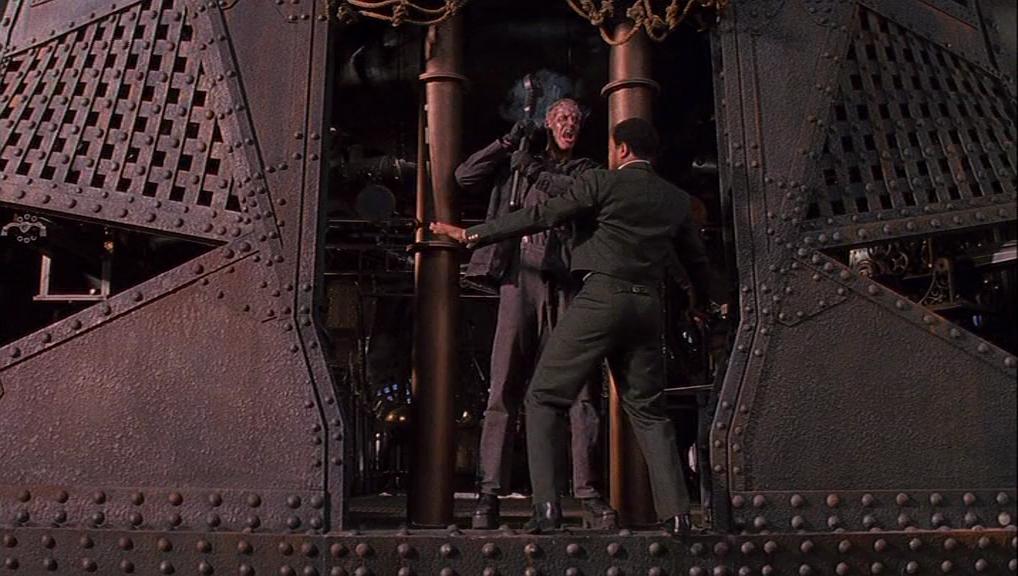 Missing CGI? Continuity error? Or did I simply miss something?

I always thought, Metal Head is touching some kind of electricity, but:

So, whats left, is that the hits West placed on the head of Metal head are seemingly not harming him, but then, as he wants to hit West and "strain" his head, then his "system" malfunctions because the hits really have harmed him. My evidences for this theory:

Got this answer off moviemistakes.com:

The "man with a metal head" is obviously a Cyborg. A Cyborg with an iron pipe who's just walked between two large Copper Conductors. He's dead.

Not the answer you're looking for? Browse other questions tagged plot-explanation wild-wild-west .

10
What did the Meth Head think he was digging for?
5
How did the booby trap work in Full Metal Jacket?
14
What is the connection between the first and second parts of Full Metal Jacket?
7
Why was Evey's head still shaved?
0
Who attacked General Mapache's men even before Pancho Villa's men received weapons from the Wild Bunch?
1
Why did Christopher abandon everything and go wild in “Into the Wild”?
13
Why not ask Bran what's west of Westeros?
4
How did Fred's head turn?
3
How did Ray cut his head?