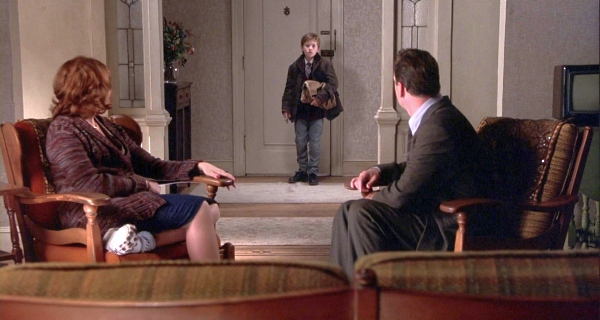 But how did Crowe learn of Cole's issues? Given the "state" Crowe is in, it seems unlikely that it was Cole's mother who reached out for his help and hired him.

Who hired Malcolm Crowe to look after Cole Sear?

No one hired Malcolm Crowe to look after Cole. Over the course of the movie it is established that Cole can see dead people and that reason the dead haven't moved on is because they have something they still need to see accomplished on earth (for example, the little girl who's mother had poisoned her wanted her father to know the truth).

In all the pictures of Cole there is always a white streak around his head to signify that dead people that were always around him. Though it is never specifically spelled out, it is suggested that both Cole and Vincent (the patient that shot Malcolm) are inundated with the spirits of the dead. I don't think the dead even understand that they are drawn to the people with this gift, it just happens - like steel to a magnet.

Thus, Malcolm was drawn to Cole (instinctively) and as he (Malcolm) did not realize he was dead, he automatically fell into the roles and rites of his job - thus assuming that he was there to help Cole as a therapist. What was really happening though is that he was dead and had not moved on because of his guilt about not helping Vincent etc.

If you watch carefully, after Malcolm is shot nobody speaks to him other than Cole for the rest of the movie.

10
Who is the person who passes in front of the narrator on the automated walkway?
4
Who is Hearty Fiberstein?
15
Who Framed Roger Rabbit Allegory?
8
Why did Dr. Malcolm suddenly believe Cole?
4
Who was the Shaman?
3
Why is Cole not afraid of Dr. Malcolm?
8
Who is the "One" in The Matrix?
3
Who are the soldiers Abuela & Pedro are fleeing?