How did Veronica get from Earth's orbit to Johannesburg in a matter of seconds?

From the looks of it, the containment chamber and the Hulkbuster in Avengers: Age of Ultron seem to be floating in Earth's orbit. My question is, how did it get to Johannesburg in a matter of a few seconds from the time of deployment? Is it really how long it takes for something from Earth's orbit to reach Earth? 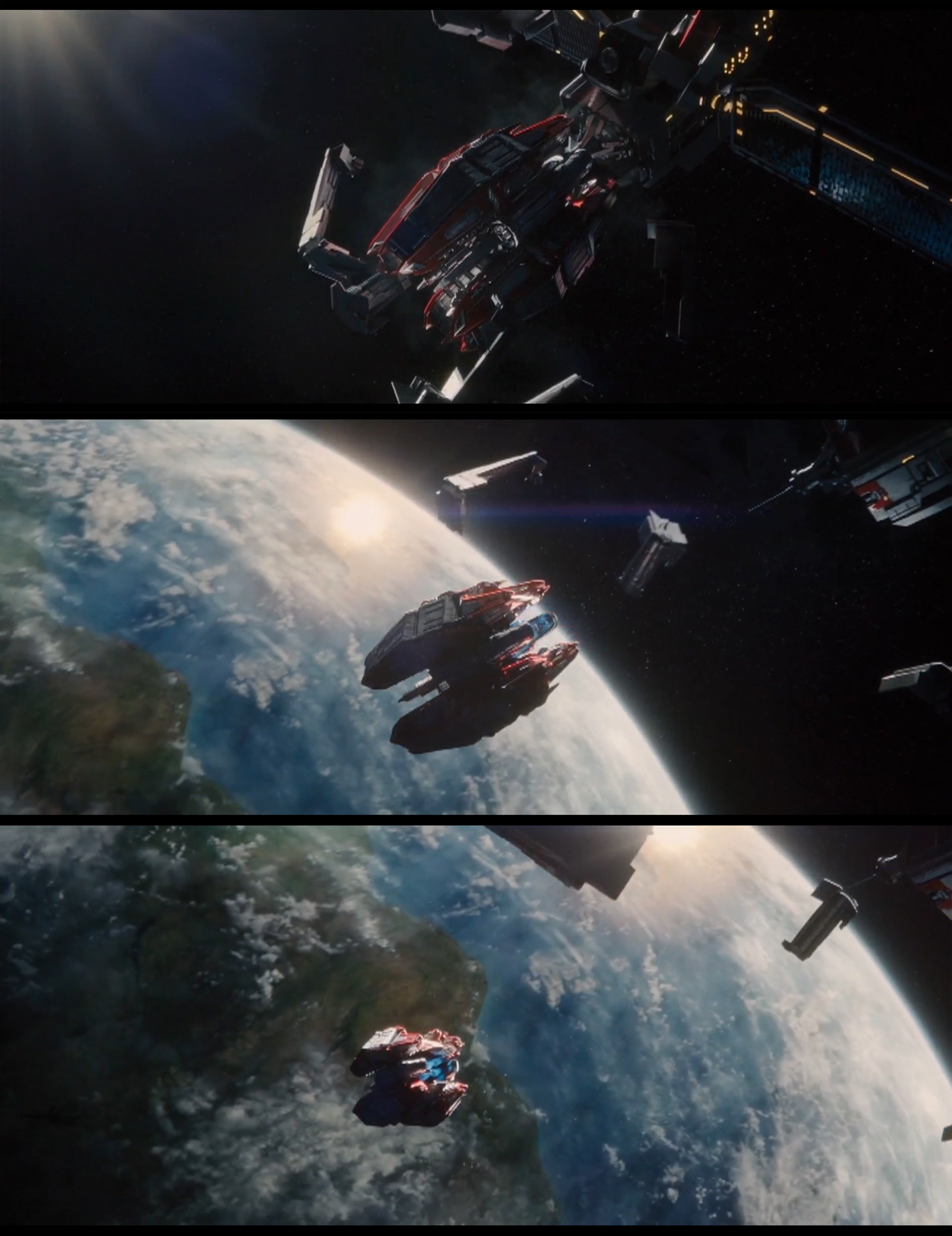 It takes the Soyuz TMA Spacecraft, really the Descent Module, 3.5 hours to go from the ISS to Touch Down, including undocking, deorbit, Entry, and parachute descent. That's from ~250 Miles above earth, in Low Earth Orbit. Considerations must be made to protect the ISS, reduce debris in LEO, target the landing, reduce speed safely, and protect the crew.

Felix Baumgartner jumped from ~25 Miles from Earth, roughly the same height at which the Soyuz Descent Module enters the "Entry Interface" and starts to visibly heat up from friction and air compression. It took Felix 9m09s to get back to earth. 4m22s of it was in free fall, no acceleration except gravity. The Soyuz takes 8 minutes of free fall before deploying parachutes. The angle of descent of the Soyuz is much greater than Felix's due to speed and weight.

And the Mars Exploration Rover Mission to land Spirit (the cheeky non stopping rover), the actual descent time from start to finish is called the "Six Minutes of Terror". About 8:29 pm PST, one of the most challenging aspects of the mission begins. In only six minutes, the spacecraft will slow down from 12,000 to 0 miles per hour. That's starting at 2,113 miles above Mars, which is almost twice the height of what we consider the upper bounds of Low Earth Orbit to be.

The Veronica Capsule is likely in the lower range of LEO, lets say 100 miles above earth. It can be seen to use an engine (likely Stark Repulser Technology) to start entry, and to slow down when close to land. It seems to fall nearly straight much like Felix did. Considering advanced heat shielding and it's deceleration burners, for it to take a few minutes would not be improbable. It is descending faster than a manned reentry vehicle would, on purpose, without the same concerns for safety.

As a side note, Hulk is destroying Johannesburg, South Africa. Wakanda is still hidden and not seen by outsiders in the MCU.

15
What makes Ultron the person he is?
7
How do HYDRA get the Leviathan to Strucker's base?
16
Thanos is not the only one to wield 2 infinity stones
16
Why does Fury blame Thor?
14
How long did it take Captain Marvel to travel to Earth?
10
How was Thor allowed to bring Loki and the Tesseract back to Asgard in the first Avengers movie?
12
Did Robert Downey Jr starve himself for Avengers: Endgame or was it CGI?