If Scarlet Witch of MCU has the ability to fly, why didn't she attempt to fly earlier?

Apparently Scarlet Witch does have the ability to fly. She's clearly levitating in this particular scene from Avengers: Age of Ultron which I didn't notice until I watched AoU for the 4th time today. I know she has the ability to fly in the comics but why didn't she attempt to fly prior to this scene in AoU? 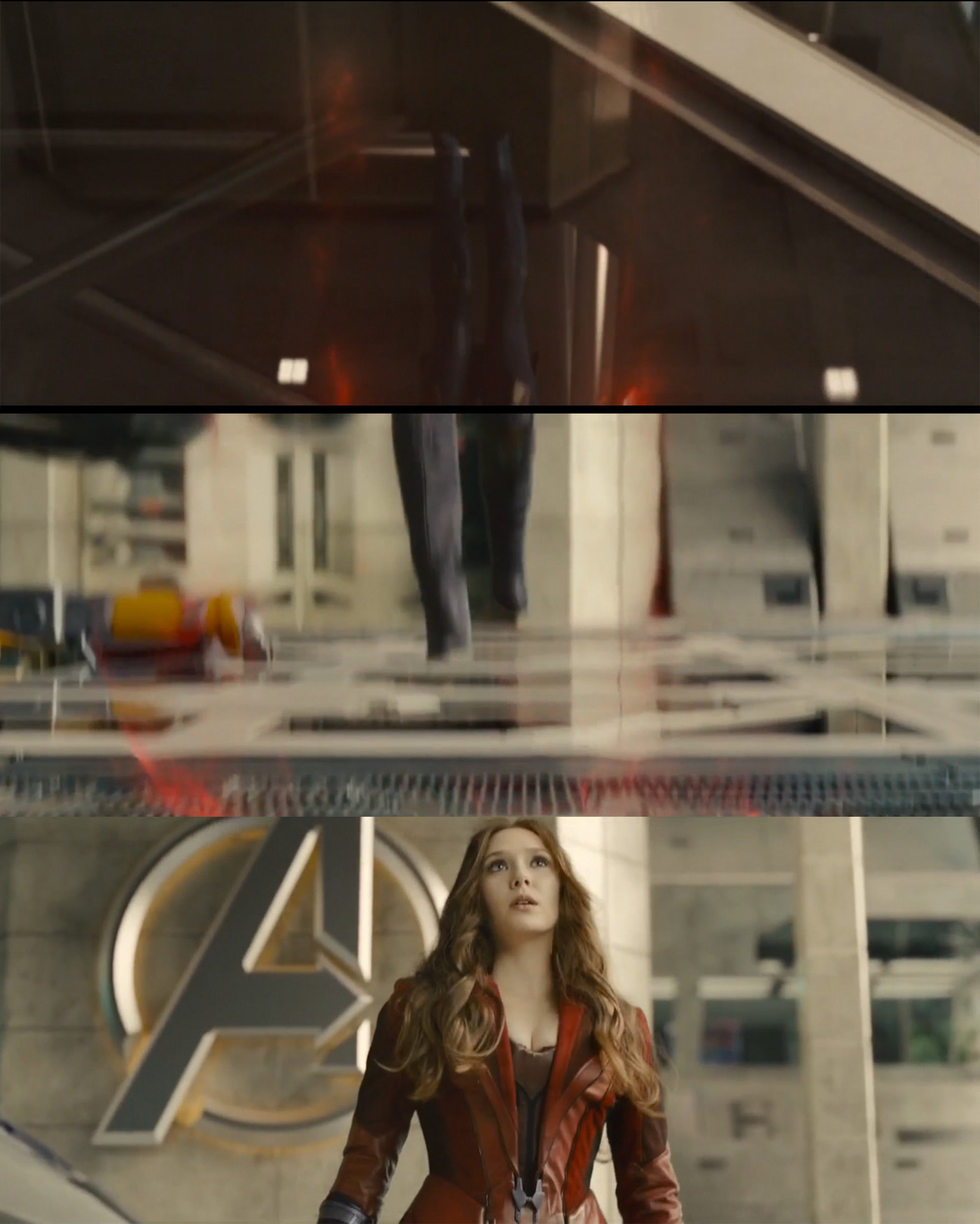 Her ability to levitate herself comes out of nowhere in the movie, I assume to enhance her dramatic entrance in the final scene. So there's no real explanation for why she doesn't ever try to do it earlier. In particular, there were times when levitating herself would have been very useful, such as

when she needed Vision to fly her out of the train car as Slokovia fell.

However, Wanda's major character development during the course of the movie is that she starts out, under Ultron's guidance, as a misguided villain, until her time spend with the rest of the Avengers eventually redeems her. You will notice that, during the first half of the movie, she almost exclusively uses her mental manipulation power. It's only after she starts spending time with people like Captain America and Hawkeye that she starts to embrace her other powers, like

stopping the train, or using hex-bolts on Ultron clones.

It seems likely that the Avengers have been helping her explore her abilities, and become better at using them. It may be as simple as her not knowing she could levitate until someone else convinced her to try.

Not the answer you're looking for? Browse other questions tagged character marvel-cinematic-universe avengers-age-of-ultron .

1
When do we first learn that Martine suffers from tuberculosis in Monte Walsh?
21
What was Thor doing?
17
Why did Hawkeye become immune to mind control effects?
8
Can someone explain how Ultron feels pain in this particular scene?
9
Avengers: Age of Ultron - “Sokovia” filming location?
3
How is Scarlet Witch able to stop the train?
27
How can Wanda Maximoff (The Scarlet Witch) be realistically imprisioned in the MCU?
26
What was done to prevent Black Widow from getting pregnant?
6
Are the characters at the end chosen for production-related reasons?
27
How can the Scarlet Witch break the Mind Stone?