What does the letter say in the opening credits? 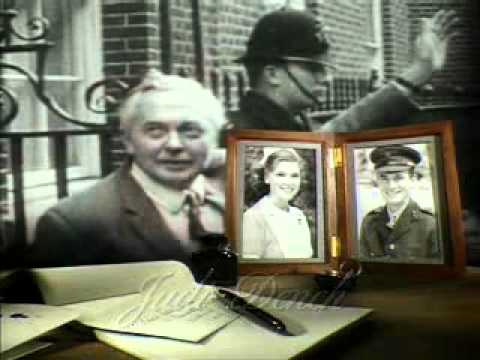 What does this letter say?

In one of the final episodes, Lionel presented Jean with a copy of the letter that found its way to being on display at the National War Museum. Jean sat on the sofa and read the letter contents back to Lionel. I don't remember the words, but it was one of the final episodes. You might be able to rent the last series through your local library and watch the last few episodes.

There are two letters that were written. The one seen in the beginning of the show. Here is what I found on the dvd covers (6, 7), BBC Box Set and it looks like the word “here not hear” in one of the sentences. I guess that only Jean and Lionel know. Here are photos from the Box Set covers. 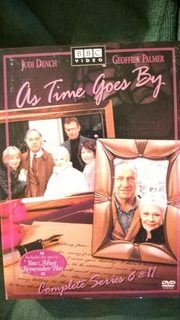 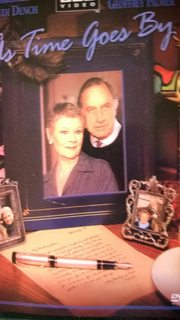 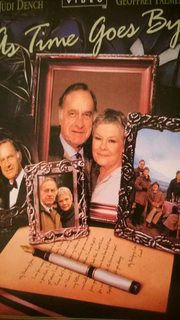 I am far away from England and all that is familiar. I miss you dearly. I don’t know yet where I am to be stationed once I get to Korea, but I will send you my address as soon as I have it. For the meantime you can send any letters to this address. I’m sure to get it eventually. Do write back then. I want to here from you. You’ll never know how hard it was for me to leave after the time we’ve spent together. I cherish you always.

This is the information I could visibly read in the letter after zooming in as much as I could:

England seems so far away and I miss you terribly. This is the first chance I have had to send you my address here in Korea.

Do write back straight away my darling.... (scene fades at that point)

The premise of As Time Goes By is that Jean Pargeter (Judy Dench) and Lionel Hardcastle (Geoffrey Palmer) are rekindling a teenage romance after some 40 years of separation.

In episode 1 series 1 we learn that Lionel was posted to Kenya, they kept in touch by letter for a while but after a while letters went astray.

This led to each mistakenly believing that the other had broken off the relationship.

The letter in the opening credits is symbolic of the lost years of their love. The letter that created the situation for the sitcom. The actual words are not as important to the story as the symbol.

Not the answer you're looking for? Browse other questions tagged as-time-goes-by .