Why didn't the Germans attack?

In the movie "As Far As My Feet Will Carry Me", there was a scene where German prisoners were marching while guarded by Russian soldiers with weapons.

Considering how outnumbered the guards were, why didn't the prisoners attack them? 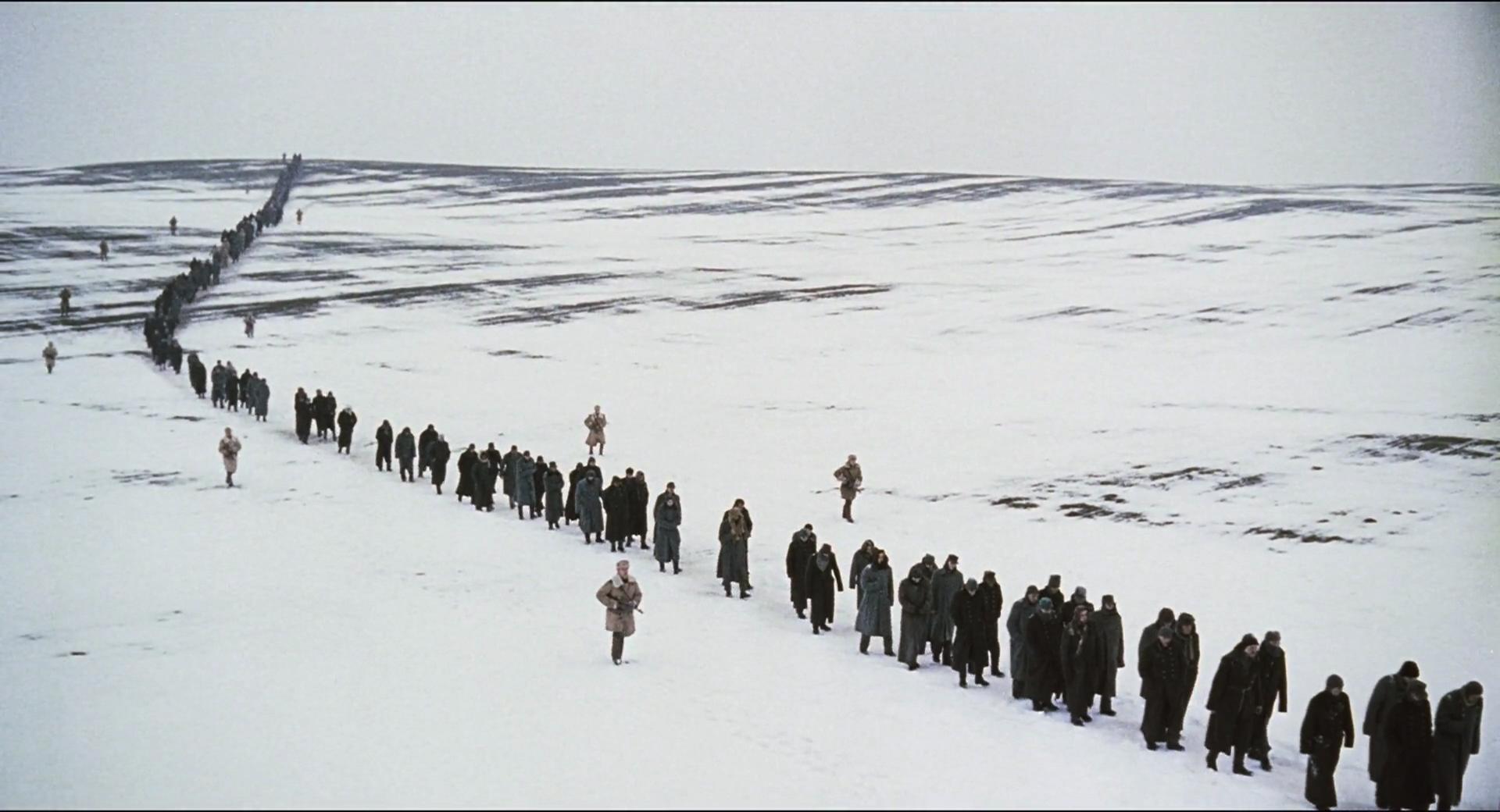 Well, first of all, you have to consider that the prisoners were at the ends of their strength. The entire train ride with hardly enough to eat or drink or warmth has worn them down to nothing but shallow ghosts of themselves that could hardly stand or walk.

But they weren't only physically broken but also mentally. The guards were few but still armed, some few lone prisoners just deciding to revolt are easily shot. They were largely devastated and would have to put up some reasonably coordinated attack plan, which they weren't really up to at all (add to this that previous scenes suggested they weren't particularly close to each other either).

But most important, what would have happened if they could really have achieved to overthrow those guards? Where would they have escaped to in the vastness of the Siberian ice desert? Remember how happy one of the prisoners was when he finally sees the barracks of the camp, which will actually become his prison. This is also neatly elaborated in Clemens' dialogue with his fellow prisoner during their first muster after reaching the camp:

Clemens: No fence, no watch towers.
prisoner: That's not needed here north of the polar circle. Where do you want to go here anyway? No tree, no bush, not a blade of grass to eat.

Taking one of comments into consideration:

There's also this: if they did escape, where would they go? What would they eat?

Exactly, in Syberia where Russia banished people for Europe (e.g. from Poland) some Gulags were really low guarded or even not guarded at all as people just simply don't have an escape to run to (this is the whole idea of Siberia).

Not the answer you're looking for? Browse other questions tagged plot-explanation as-far-as-my-feet-will-carry-me .

1
Why were the Germans drinking their own pee?

8
Why didn't the electric charge affect Holmes when he attacks Dredger?
12
What was the motivation and fate of the Polish Jew?
3
Was the German soldiers' reaction during the bar shootout realistic?
17
Why did Fury (2014) end this way?
4
Why is the governor perplexed after hearing the doctor's question about releasing prisoners?
1
Why were the Germans drinking their own pee?
3
Why didn't the dragons leave their lair earlier?
4
How did Stane's guards gain control of the Ten Rings soldiers?
1
Why didn't Miller's Men shoot Germans in Neuville?