In "How I Met Your Mother", who is Barney married to?

In the television series, "How I Met Your Mother", who is Barney Stinson married to? 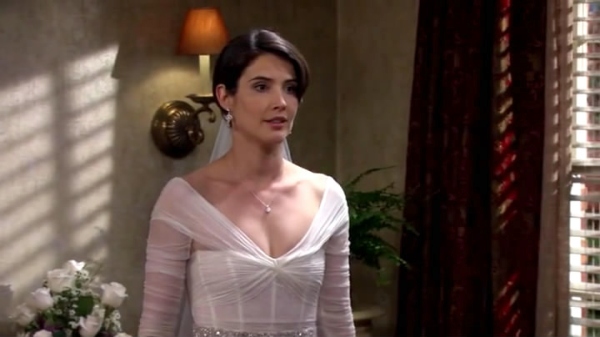 That's what How I Met Your Mother co-creator/showrunner Craig Thomas says about Barney's big bride reveal on Monday's Season 7 finale.

"There was just no other way," he tells TVGuide.com. "We always knew it was gonna be Barney (Neil Patrick Harris) and Robin (Cobie Smulders)."

Q: When did you and Carter [Bays] decide that Barney and Robin will get married?

Craig Thomas: We decided literally years ago. As we were breaking them up, we knew there would be a rekindling and that wouldn't be the real deal ... and we would reveal them to be the groom [in the Season 6 finale] and bride now. ... Season 8 is gonna be filling in the steps between Point A and Point B. We know they do get married, but there are a lot of steps between Point A and Point B....

Update on accepted answer as now more seasons are released.

As the wedding begins, Barney has one last panic attack, which Marshall ends with the final slap of the slap bet. The ceremony goes through without any trouble, even with the arrival of a bear as the ring bear (though Barney cancels the flower gorilla at the last moment) and concludes with Robin and Barney married before their family and friends.

In finale, it is revealed that they got divorced after 3 years, season 9 Episode 23

Barney and Robin reveal that her constant traveling for work put a strain on them, and after three years of marriage, they have divorced.

Not the answer you're looking for? Browse other questions tagged how-i-met-your-mother .