When was Blackgate prison built?

I don't remember Blackgate being mentioned in the first two of the Nolan Batman Trilogy. Was the prison built to house all the extra criminals imprisoned because of the Dent Act or was it there all along?

In The Dark Knight, Lau is told if he doesn't take the stand he will be sent to "county". Is "county" meant to be referring to Blackgate Prison?

For reference: Arkham Asylum is the psychiatric hospital that hosts insane criminals, while Blackgate Prison is the penitentiary for other sorts of criminals, like mobsters and mafia bosses.

A quote from TDKR:

JOHN BLAKE: Those men, locked up for eight years in Blackgate, and denied parole under the Dent Act. It's based on a lie.

Unless the prison was built in record time, this suggest it already existed before the Dent Act passed. 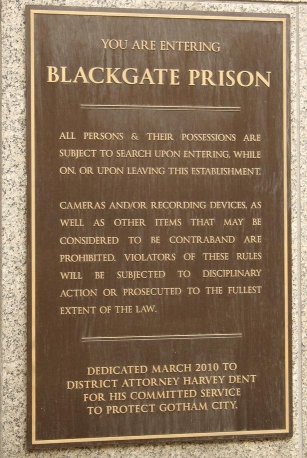 This means the prison was dedicatet to Harvey Dent 4 years after his death (according to this timeline Dent died in 2006).

Blackgate has always been in the comic but Batman's main foes aren't mainly criminals, but criminally insane. The criminally insane go to Arkham Asylum, the criminally guilty go to Blackgate. Blackgate is a prison; not a county jail, so Gordon isn't talking about Lau being held there. However, it is likely where Rachel was hoping Falcone would end up in "Begins", instead Scarecrow drives him insane and he's sent to Arkham instead. Rachel also mentions that Joe Chill and Falcone did time together, this (as long as it is in Gotham) would have to be in Prison as neither were declared insane at the time. So, by implication, they served time together in Blackgate.

As I said, Blackgate is in the comics, you can find it in No Man's Land(upon which much of TDKR is based), and I believe Moroni, the Falcones, and some of their hitmen are sent there in The Long Halloween (upon which much of TDK is based). The introduction of this facility is just an expansion of the adaptation, much like more X men appearing in each sequel who weren't mentioned in prior installments.

Also, Blackgate is important to the plot of Rises in that it is a stark contrast to Arkham. Blackgate is meant for the imprisonment of criminals, versus the treatment of the ill as in Arkham. This is important to enforce the Dent Act's patching of the holes in the Gotham Justice System as evidently displayed in Batman Begins.

"County" is a term in general reference to a county jail. In this case, Gotham County Jail - which is where Jonathan Crane visited Carmine Falcone in Batman Begins before, ahem, having him transferred to Arkham. 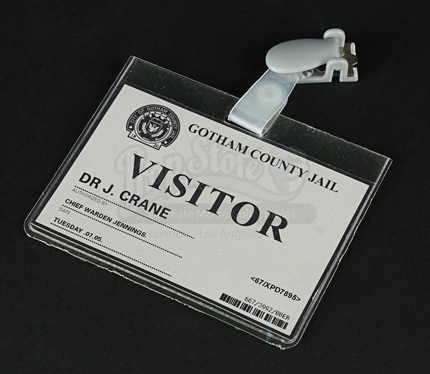 County Jails are used for those who are either serving short sentences for more minor offenses or for the accused being held while they await trial/sentencing. The latter covers Falcone in Batman Begins and Lau in The Dark Knight. So, basically, Blackgate wasn't mentioned before because it wasn't relevant to the characters of the first two films.

Also, surveillance footage and court documents put The Dark Knight's setting in July 2008, the timeframe of the film's release. The plaque on Blackgate was dedicated in 2010 to Harvey Dent in commemoration of the Dent Act. That's 2 years after his death, of course, and 6 years prior to The Dark Knight Rises. John Blake's reference to prisoners being locked up for 8 years in Blackgate prison would be those men who were convicted as a result of Dent's prosecution in The Dark Knight (8 years prior to The Dark Knight Rises, again) as well as the criminals who have been locked up since under the provisions of the Dent Act.

55
Is Batman Begins based on any Batman comic or was it entirely written from scratch?
82
What is the real reason for the Joker's scars?
44
Why does Christian Bale change his voice when playing Batman
60
Did Batman break his one rule?
31
Why was there no hint of the Joker?
17
Was Bane part of the League of Shadows during the time Bruce was being trained?
22
Why would Dent's convictions be overturned?
27
Was Ra's al Ghul nearly immortal in the Dark Knight trilogy?
3
What is bad about the Dent Act?