Reference to ruined pizza in 'Inside Out'

In Inside Out there's the following dialogue (as quoted here from its IMDb page):

Anger: [seeing slices of pizza with only broccoli on top]

If you ask just about any pizza shop for "Hawaiian", you'll get a pizza with Canadian bacon (or ham) and pineapple on it.

The name is likely from the inclusion of the pineapple, though the Wikipedia article claims it was invented in Canada.

Many people love this pizza but many people detest it, clearly, Anger is in the latter group.

Here's this pizza as offered by Little Caesars: 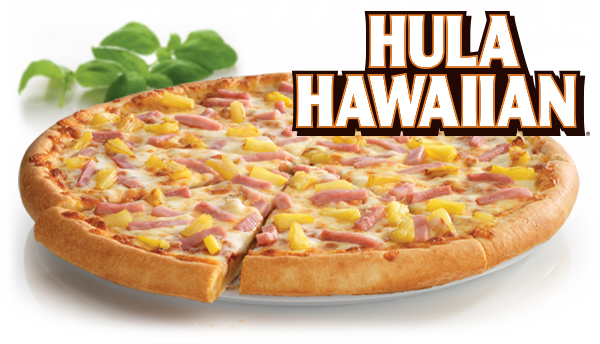 As @Catija has explained the Hawaiian part, the San Fransisco part is simply in reference to the events of the movie. The Pizza shop near the new house ONLY serves Broccoli Pizza. Riley is understandably enraged/disgusted/scared/saddened by that. Hence Anger's widely stereotyping hyperbole.

We also learn later on that Broccoli is literally seen as one of Riley's worst fears in her subconscious. The sight of Broccoli Pizza has tainted the very idea of Pizza for Riley.

Riley likely has never hear Broccoli Pizza anywhere sane people would serve pizza, so she makes the immediate connection of San Fransisco with ruining Pizza. On the same vein, Anger is blaming Hawaiians for ruining Pizza, when it's a Canadian invention. It is, like all of Anger's actions, a gut reaction. Not thought out. Impulsive.

13
Rango's Western reference?
44
Why are two of Riley's five emotions in Inside Out male?
6
What did collapsing islands signify in "Inside Out"?
7
Inside Out: what is "non-objective fragmentation"?
4
Emotion Leaders/Managers in Inside Out?
19
Are these dream posters from Inside Out parodies of real films?
46
Did Spaceballs have to get permission for Pizza the Hutt
23
Meth dealer reference in Family Guy
2
Do TV shows ever directly reference unrelated shows?