Why did the T-Rex help Claire?

In the climax of Jurassic World (2015), when the genetically modified dinosaur Indominus Rex kills all the raptors trained by the hero, Claire releases the T-Rex from the cage. It assists in defeating Indominus Rex.

The T-Rex is not trained like the raptors. Why did the T Rex help the protagonists, instead of just eating them?

It is the same Tyrannosaurus Rex from the first Jurassic Park film. In the first movie, Dr. Alan Grant rescues two kids from getting attacked by using a flare to get the T-Rex's attention. When Claire throws the flare at the Hybrid Rex, she is indicating to the T-Rex to attack it. See the picture below: 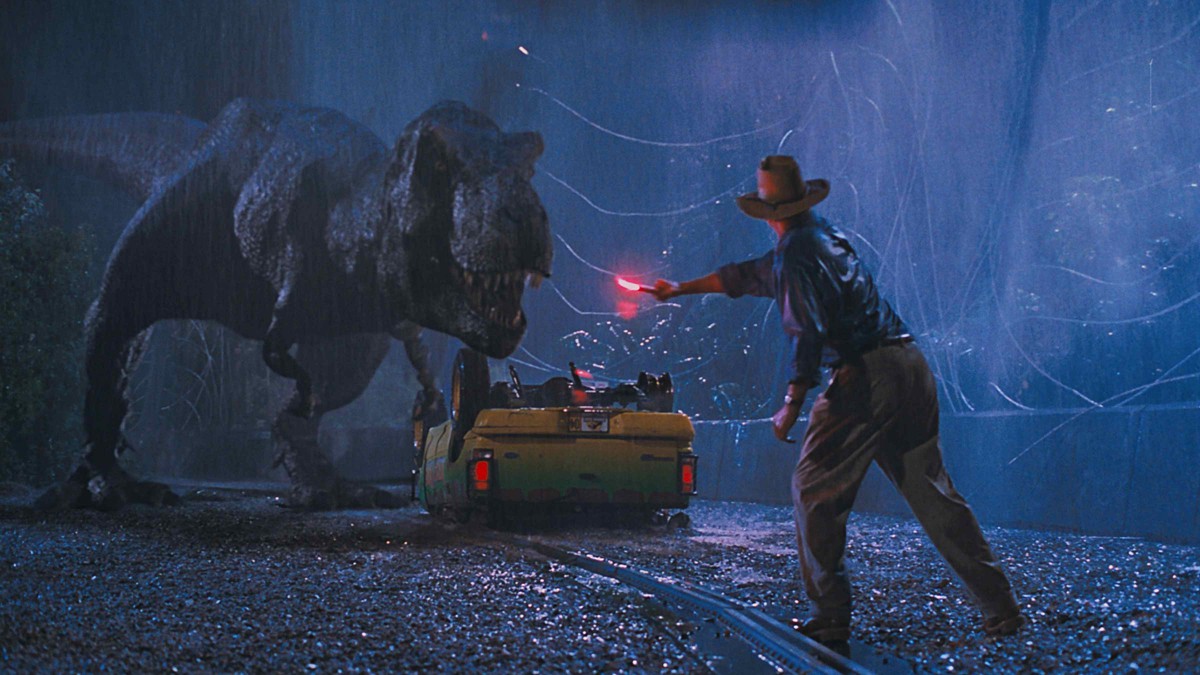 It doesn't 'help' her. It is lured into the area with the Indominus Rex and the two happen to have a fight. The flare is used, as they know from past experience, the T-rex will follow them.

I think its a throwback to the Original Jurassic Park's ending where the T-Rex kills the Raptors and saves the protagonists.

In Jurassic world here we have the Raptor, T-Rex and mosasaurus taking out the fearsome Indominus Rex and assisting the protagonists and also the reason why we don't see a T-Rex in this movie until the very last scene.

I think that is obvious.1st, The T. Rex's (Rexy), eyesight is based on movement. So it followed the flair. And 2nd, Rexy saw the I. Rex as a threat/challenger. So of coarse she engaged. If the I. Rex wasn't there, the main characters would be dead.

I think the T-Rex helped them because he knew there was only one king so the T-Rex, the velociraptors and the humans worked together to save the Earth from Indonimus Rex

15
Why didn't T-Rex and Velociraptor attack each other?