In this "behind the scenes" footage, which shows how the bus flip was done, at 0:52 there is a strange vehicle that comes up alongside the bus: 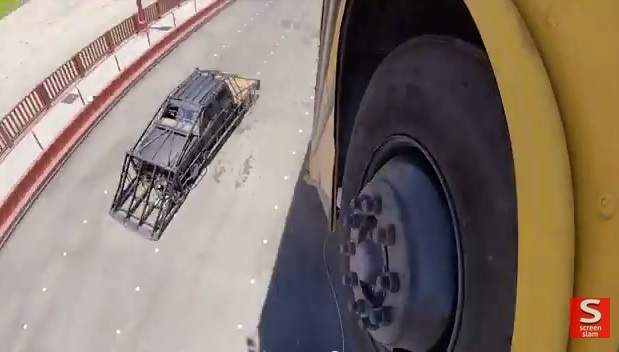 What is this? It appears to be a normal car enclosed inside a metal cage. I am guessing the reason for the slanted front is to prevent any of the cables (which were used to flip the bus) from catching the front of the car.

But I don't understand its purpose. If it were a camera car, then I would expect the top to be open so cameras could be mounted. Also, I don't remember any side shots this close in the film. (There are some side shots, but they are perhaps 100' away, on the other side of the bridge railing.)

So what is the purpose of this car?

BTW when I saw the movie, I had no idea this was a practical stunt. I just assumed it was CGI.

Building on my earlier comment, if I had to guess, I'd say that it was a camera pursuit vehicle. The rails on the front are presumably to mount cameras onto.

If you zoom in a little, you can see (from earlier in the "making of" video) that there's a ball-shaped camera mounted inside the frame on the front. 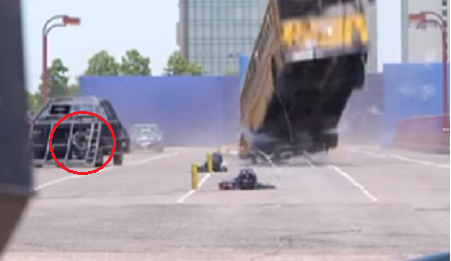