I hope you all know the Cinderella's story so I am going to begin from the part where Her Fairy Godmother magically appeared and immediately began to transform Cinderella from house servant to the young lady she was by birth, all in the effort to get Cinderella to the ball. She turned a pumpkin into a golden carriage, mice into horses, a rat into a coachman, and lizards into footmen. She then turned Cinderella's rags into a beautiful jeweled gown, complete with a delicate pair of glass slippers. The Godmother told her to enjoy the ball, but warned that she had to return before midnight, when the spells would be broken.

At the ball, the entire court was entranced by Cinderella, especially the Prince. At this first ball, Cinderella remembers to leave before midnight, losing one of her glass slippers on the steps of the palace in her haste.The Prince chased her, but outside the palace, the guards saw only a simple country girl leave. The Prince pocketed the slipper and vowed to find and marry the girl to whom it belonged. Meanwhile, Cinderella kept the other slipper, which did not disappear when the spell was broken.

Why did the Slipper not disapear?

Purely focusing on the 2015 version of Cinderella, the answer appears to be that it's because the glass shoes were conjured separately (and therefore made wholly of magic as part of a different spell) rather than having been transfigured from something else.

As they were an afterthought, the midnight restriction doesn't appear to have the same effect on them:

FG: "Let's have something new for a change. I'm quite good at shoes"

"At the last stroke of midnight, the spell will be broken and all will return to what it was before" 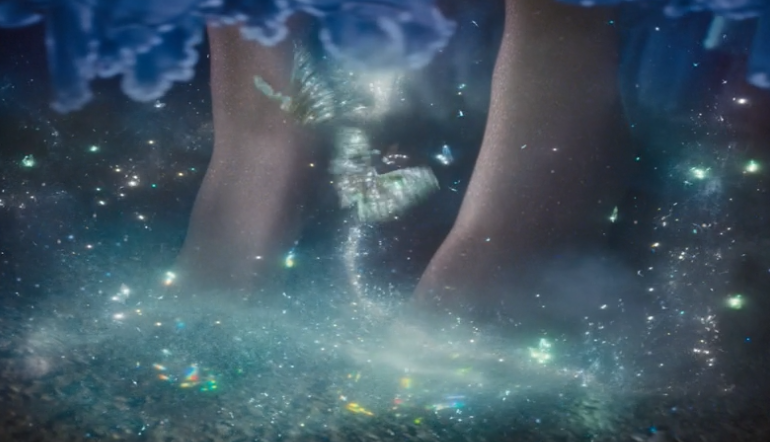 Not the answer you're looking for? Browse other questions tagged plot-explanation cinderella-2015 .