How far does Marlin travel to find Nemo?

Given that the movie "Finding Nemo" takes place in a world resembling our own (with locations like Sydney Australia). Where is the reef (Marlin and Nemo's home) located? And, given the landmarks Marlin travels through (ie: the "EAC"), how far does Marlin travel from that reef to get to Sydney Australia?

What a fun question!

Ok, so Marlin and Nemo live in the Great Barrier Reef which is located off the coast of Queensland in north east Australia.

From there he wanders around and hops aboard the East Australian Current (EAC), which luckily enough passes right through the Great Barrier Reef and passes by Sydney in the south east of Australia. 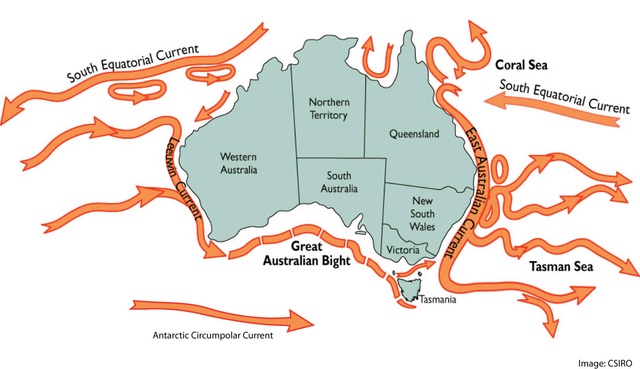 Using Google Maps' measuring tool to plot a (very) rough course between the Great Barrier Reef and Sydney we find that Marlin traveled the equivalent of 1275 miles (2040 KM). 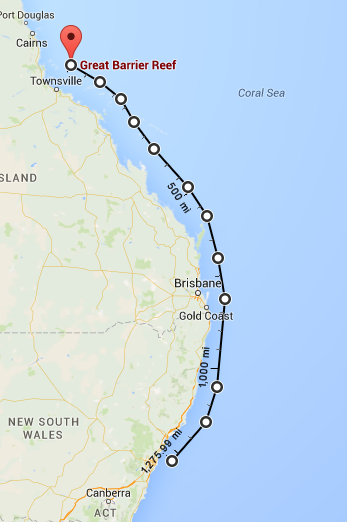 For simplicity sake we'll just take he maximum speed reached by the EAC is 90 cm/s (about 3.24 km/h) to calculate the trip taking about 630 hours or 26 days. That's a long time to stay on a surfer Turtle's shell :)

Marlin, on his journey, hops into the EAC (Eastern Australian Current) which runs down the coast from the Great Barrier Reef and ends in Sydney. So far, this all checks out.

As for Walt's follow-up, Clownfish are small animals that could maybe reach a top speed of 3MPH. The EAC also moves at approximately the same speed, so that would double Marlin's speed to reach Sydney. At that rate, swimming non-stop, it would take about 250 hours, or about 10½ days to make the trip. However, on the way back, it would take at least 21 days, assuming they stayed out of the EAC. And that's non-stop.

Not the answer you're looking for? Browse other questions tagged finding-nemo .